A man is holding his daughter hostage in a Sydney office, dressed in a barrister’s wig and claiming to have a bomb in his backpack.

The man entered the office in the Sydney suburb of Parramatta just before 9am and demanded to see someone who the receptionist claimed did not work there.

He apparently became enraged and threw a book at the receptionist, telling her: “Call the attorney general, I've got a bomb in my backpack.” 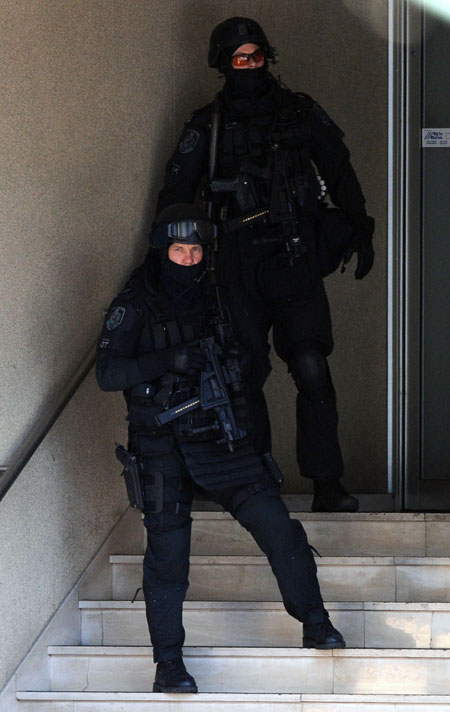 When the police arrived, he locked himself into the barristers’ chambers with his daughter, thought to be aged 10 or 11.

The man then appeared in a window of the three-storey building wearing a barrister's wig. He smashed the window with a bottle, shouted to bystanders through the hole, then threw out the bottle.

At present, little is known about the man, except that he is in his 50s. The girl is is holding hostage is thought to be his daughters as she was heard to call him ‘Dad’ when he threw a book at the receptionist. 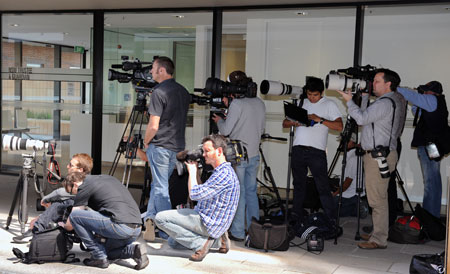 Workers in nearby offices have been evacuated and the building has been surrounded by police. Five ambulances and two fire trucks are on standby at the scene.

“He has made a number of demands and negotiators are working through those demands with him, I don’t believe … anything to do with custody. At this stage she [the girl] is well, as well as she can be,” Assistant Police Commissioner Dennis Clifford said.

The incident comes just a month after a tense standoff in which the daughter of a wealthy Sydney businessman had a 'collar bomb' strapped to her neck. The bomb turned out to be a hoax.