Since taking over the Foreign Office, William Hague has taken a number of steps to make the place homely. He’s established a history library, and installed Albert, a 20-foot anaconda who surveys the shelves from his glass case.

When asked about the cost, the FCO had this amazing statement to make, reports order-order.com:

“‘Albert’ the anaconda was allegedly presented by a Bishop, in what is now Guyana, to the Colonial Secretary in the 19th century – exact names and dates are unknown. However, he appears in a photo from circa 1892, which means he has been in the FCO for at least 120 years. As a gift to the FCO, Albert is therefore regarded as an FCO asset. As such, the FCO is obliged to maintain its assets, and the work on ‘Albert’ was essential maintenance. It is believed that ‘Albert’ was first re-stuffed in the 1960s or 1970s, but there are no records of how much it cost on that occasion.” 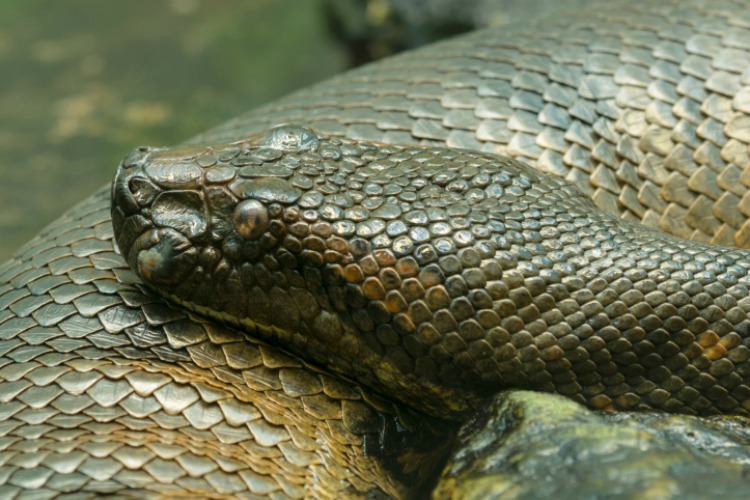 “Certainly no significant maintenance has been carried out on him in the last 40-50 years. ‘Albert’ was never housed in a glass case, as is commonly believed. In moving him from his suspended position in the Ansell Library (a separate Library area to the old Home Office Library referenced above) to facilitate planned refurbishment to the area it was observed he was in poor condition. A decision was taken to use this opportunity to carry out a refurbishment to ‘Albert’ including a safety check on the suspension fittings. The cost of the conservation and restoration work on ‘Albert’ was £10,000. The work was undertaken by the Conservation Team at the Natural History Museum, over a 5-week period, from 21 May to 26 June 2012. As nothing was known about previous work done on ‘Albert’, the conversation team at the NHM needed to use x-ray CT scanning, which is a costly procedure that required extensive data processing and a specialist to do the analysis. Also, the level of detailed, delicate work in the restoration involved an intensive amount of care and attention from highly trained staff.”

“He is looking very optimistic about the future of our foreign policy”, Hague commented.