Another hipster gimic. That’s my immediate reaction when I hear about a new caffeinated trend. Don’t get me wrong, I’m a great fan of the dark stuff. I love it, but I don’t like it being messed with.

Last year cold brew was the drink du jour. Sure, it tastes good, especially with gin, (as do most things), but at £4 for a single served bevvie, it seems more sensible to brew a good strong filter coffee and spend your cash on beer.

This year’s coffee phenomenon is fika. According to my sources (the internet), it’s a Swedish tradition involving an unfeasible number of patisserie items and gallons of freshly brewed coffee, and it’s taking over the world. It seems you can’t walk out the door in the trendier parts of New York, London or Melbourne without stumbling upon a Fika emporium. You can spot them a mile off, bastions of sleek serenity with Scandanavian sensibilities and prices to match, but what is fika and why all the fuss?

Matts Johansson is the founder of the Gothenburg based Da Matteo coffee chain and the best cafe in Sweden according to the Swedish white guide. Matts is also one of the founders of the World Barista Championships, so he bloody well knows he’s stuff. Who better then to set me right on a few of my Fika misconceptions? 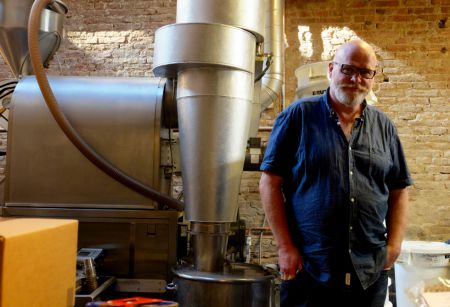 Me: What exactly is fika?

Matts: The word fika is hidden in history. We don’t know where it comes from exactly but we use it to refer to socialising, sharing cakes, cinnamon rolls and drinking coffee.

Me: Is it true that if you are hosting a Fika gathering fewer than seven cakes just won’t cut it?

Matts: Well yes, historically you’d have seven different kinds of cakes and it was a kind of competition between women as to who made the best. Now you don’t have to go to those lengths but some people still do.

Me: Sounds pretty full on, is it just for special occasions?

Matts: No, it’s for everyone. Most people will have fika several times a day whether it’s at the weekend or you’re at work. It’s about spending time with people and chatting. It’s like the English equivalent of going to the pub; pub culture is relatively new to Sweden but fika is a very well established tradition.

Me: Sweden isn’t the cheapest place to get a coffee and cake, does all this fika caper leave you all bankrupt?

Matts: No, coffee is really important to Swedes and fika is something everyone is expected to enjoy. Most companies have mandatory fika breaks and employees get free coffee at work.

Me: It all sounds very civilised.

Matts: It is, it’s really all about taking the time to relax and enjoy a coffee together. Simple as that.

The veil of mystique lifted, if you’re in the mood for some Swedish inspired calm and relaxation in Gothenburg, Ryanair and BA both fly regularly to the city’s airport.

Top fika destinations in the city are:

Da Matteo – there are three locations but the pick is the roaster and bakery:

If you’re looking for the biggest cinnamon bun in Sweden head to cafe Hebbe Lelle: 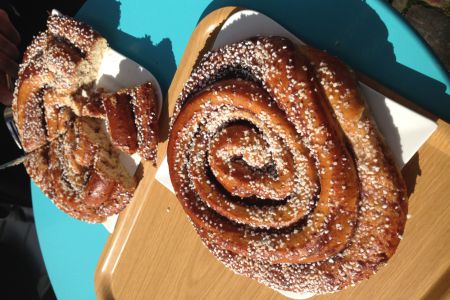 You want coffee, your mate wants a beer. Look no further than the trendy but friendly Kafe Magasinet: 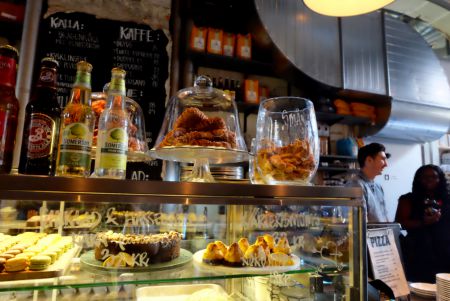 And if you’re out and about and want a quick coffee and cake without any fuss the Espresso House chain is a good bet and is personally recommended by Matts. You’ll find a load of them spread through the city:

If you can’t get to Sweden any time soon there’s a growing number fika venues in London: