Seven mass shootings rocked the US in 2012 – the latest in a primary school leaving 27 dead, including 20 children.On December 14, after killing his mother, Adam Lanza, 20, went on a rampage in Sandy Hook Elementary School in Newtown, Connecticut, before turning a gun on himself. It came after 12 people were killed and 58 injured in a shooting in July in Aurora, Colorado, at a cinema screening of The Dark Knight Rises. In August, six people were shot dead at a Sikh temple in Wisconsin.After delivering an emotional speech about the latest shooting, President Barack Obama called for action on gun laws.

It was an outburst that went viral – and won Julia Gillard support from around the globe.In a 15-minute speech in October, the Aussie prime minister tore apart leader of the opposition Tony Abbott, who she repeatedly labelled a misogynist.In a defining moment for feminism in the country, Gillard told Abbott if he wanted to know what misogyny looked like, he should pick up a mirror. The tirade came during a debate over whether the speaker of the house should resign for sending text messages that were offensive to women. Gillard added she was “offended on behalf of the women of Australia”.The Spectator said Abbott had been “carved to pieces”. US political commentary site Jezebel described Gillard as “one badass motherfucker” 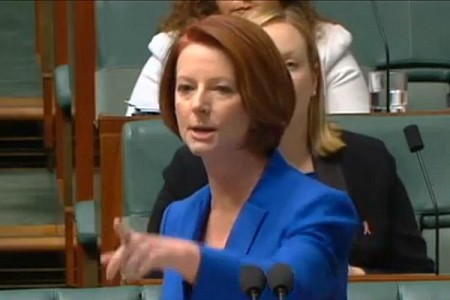 It was labelled the “world’s best royal prank call”. However, three days after the hoax aimed at the hospital treating Kate Middleton, the nurse who transferred the call committed suicide.2Day FM presenters Melanie Greig and Michael Christian pretended to be the Queen and Prince Charles when they called London’s King Edward VII Hospital.

They duped Jacintha Saldanha into putting them through to the nurse treating the pregnant Duchess of Cambridge on December 4.Three days later, married mother-of-two Saldanha was found hanged. After a media “witch hunt”, the presenters were said to be receiving psychological counselling. They made a TV appearance, stating they were “heartbroken” after her death.Southern Cross Austereo has launched an investigation after promising to donate more than £326,000 to Saldanha’s family, who are demanding answers from the hospital. Her body was repatriated to India where she was buried.

34 MINERS ‘SHOT IN BACK’ AT MINE STRIKE
South Africa

Thirty-four miners were killed and 78 were injured when police opened fire during a strike over pay in August.The South African Police Service used rubber bullets, tear gas and water cannons to control former employees of the mine who formed a blockade to prevent half the workforce from getting to work. Post-mortem examinations revealed most of the victims were shot in the back – contradicting police claims they only opened fire after being shot at.Lawyers for the victims’ families claim the miners, in Marikana, near Johannesburg, were shot because of officers’ apartheid-era mindset.An inquiry, set to last four months, will now continue until June 2013. 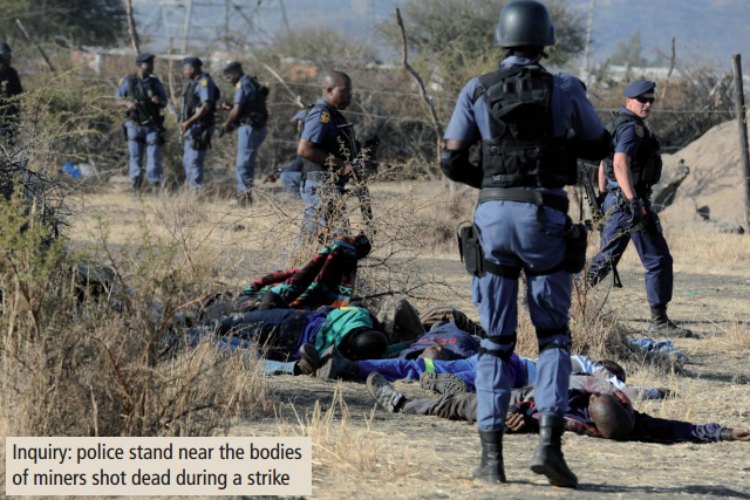 Since it was posted in November, the YouTube clip of a racist bus rant in Melbourne has been viewed more than 4.2 million times.For 2.39 minutes, the world watched as five Australians hurled abuse at a French girl for singing in her native language as they travelled through the suburbs.“Aussie, Aussie, Aussie” chanted a woman passenger, before another shouted: “Speak English or die”, then threatened to cut off the victim’s breasts. The clip was filmed by passenger Mike Nayna, who said he uploaded the video to try to “shame” those involved.After outrage from around the globe, two people were arrested over the incident. No charges have been brought and police say the investigation is ongoing.

No, it wasn’t an epic historical feat which made it to the top of the most watched YouTube videos in 2012. It was Psy’s Gangnam Style.With 983 million views worldwide, it beats last year’s winner Rebecca Black’s Friday by 700 million. Also on the top-10 list was Kony 2012 with 95 million views at number three. The film was made to raise awareness of alleged war criminal Joseph Kony. While Barack Obama vs Mitt Romney Epic Rap Battles Of History Season 2 took the number five spot with 46 million viewers. YouTube said: “This year, Korean pop music transcended boundaries and took the world by storm.“2012 has been a big year for YouTube. You’ve been watching over four billion hours of video a month.”

Jimmy Savile was well known as an eccentric children’s TV presenter. However, it wasn’t until the year after his death, in 2011, aged 84, that the sordid details of his private life were exposed.Hundreds of allegations of child sex abuse and rape over the past 60 years – including attacks on hospital patients – were made public, with police launching a criminal investigation. Inquiries into the NHS and BBC, where Savile, who raised £40m for charities during his life, spent most of his career, have been set up.Police have said the alleged abuse is on an “unprecedented scale” and the number of potential victims is “staggering”.

America braced itself for Superstorm Sandy, which wreaked havoc across its east coast and the Caribbean.The tropical hurricane hit 24 states, killing 132 people – including at least 54 in Haiti – and hit speeds of up to 90mph. New York was devastated on October 29, with flooded streets and subway lines, and was plunged into darkness as the 1000-mile-wide storm ripped out power cables. The storm also derailed normal campaigning for the US presidential election, which took place a week later.At the time, Barack Obama said: “I’m not concerned at this point about the impact on the election. “I’m concerned about the impact on families, I’m worried about the impact on our first responders, I’m worried about the impact on our economy, our transportation.The election will take care of itself.”About £1.55bn has so far been claimed for Sandy damage from insurance giants Lloyd’s of London. 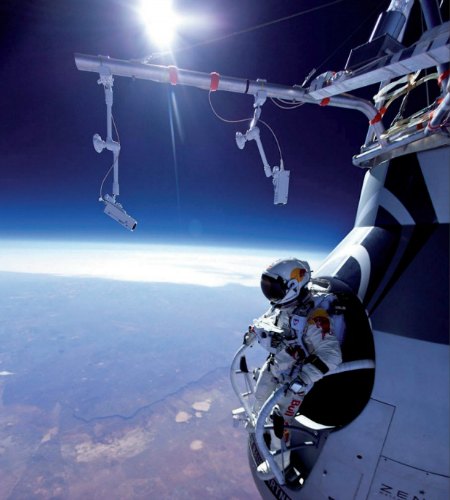 Felix Baumgartner waited at 128,000ft above Earth, before falling for 9.03 minutes, landing in New Mexico in October. The 43-year-old Austrian broke several records, including the first skydiver to go faster than the speed of sound, travelling at up to 833.9mph. More than eight million people watched live on YouTube

LONDON 2012
Our last three ‘top 12 stories from 2012’ fall under ‘London.’ The capital kicked off the year in style, with millions tuning in and lining up for the Queen’s Jubilee celebrations. But 2012’s top events were the Olympic and Paralympic Games. Surging beyond expectations, they were deemed the best Games yet, with Danny Boyle’s Olympics Opening Ceremony branded “inspiring”. Team GB went on to rule the waves in the medal charts, while Australia took to calling NZ’s tally its own under an ‘Aus Zealand’ banner. The momentum continued for the Paralympics as we watched top-class athletes battle to deliver gold time and again. What memories! And what a year!

THIS YEAR IN NUMBERS

5.8 million
Amount, in US dollars, spent on the American presidential election campaign, making it the costliest in history

14
Number, in millions, of meals served throughout the London 2012 Olympic Games from 40 locations in the capital
1.2People, in millions, estimated to have lined the royal pageant route along the Thames to watch the Queen’s Jubilee flotilla

4,444,444
The landmark number New Zealand’s population was predicted to reach on Nov 1, before increasing by one, 15 minutes later

QUOTE OF THE YEAR

“If he wants to know what misogyny looks like in modern Australia, he doesn’t need a motion in the House … he needs a mirror”
Julia Gillard gives Tony Abbott (see story, left) what for in a 15-minute rant which went viral