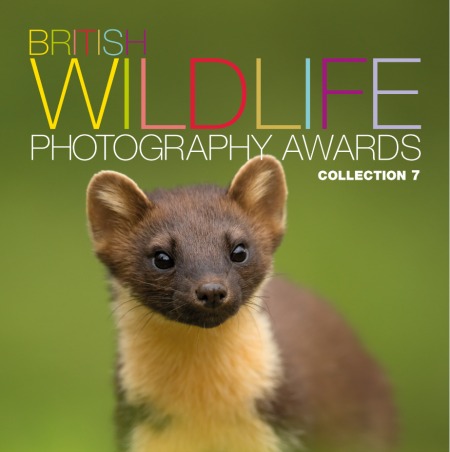 And the winner is: 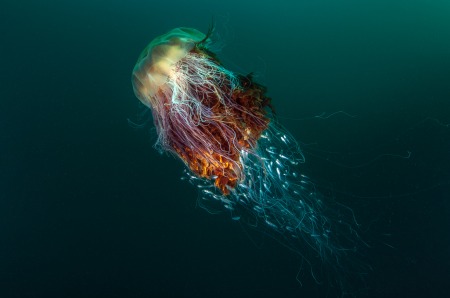 This year’s winner is George Stoyle from North Yorkshire who won with his striking image of a Lion’s Mane jellyfish with dozens of fish amongst its tentacles, taken off the island of Hirta in Scotland. George said: “I was working for Scottish Natural Heritage on a project to assess the current biological status of major sea caves around some of the UK’s most remote islands. At the end of one of the dives I was swimming back to the boat when I came face to ‘face’ with the largest jellyfish I’ve ever encountered. As I approached cautiously I noticed a number of juvenile fish had taken refuge inside the stinging tentacles.”

Now in their seventh year, the British Wildlife Photography Awards were established by Maggie Gowan to recognise the talents of wildlife photographers working in Britain, while at the same time highlighting the great wealth and diversity of Britain’s natural history. The driving motivation to set up the awards evolved through the nation’s growing awareness of the environment and the need for its protection. Alongside the book, the winning images will be exhibited at the Mall Galleries in London from the 6 September, before departing on a nationwide tour.