The City of London closes down for Thatcher’s funeral

The funeral procession started at 10am from the Chapel of St. Mary Undercroft at Westminster, and will culminate at St. Paul’s Cathedral, where the service will begin. Amanda Thatcher, the former PM’s granddaughter, will give the first reading, followed by a reading given by the current Prime Minister, David Cameron. 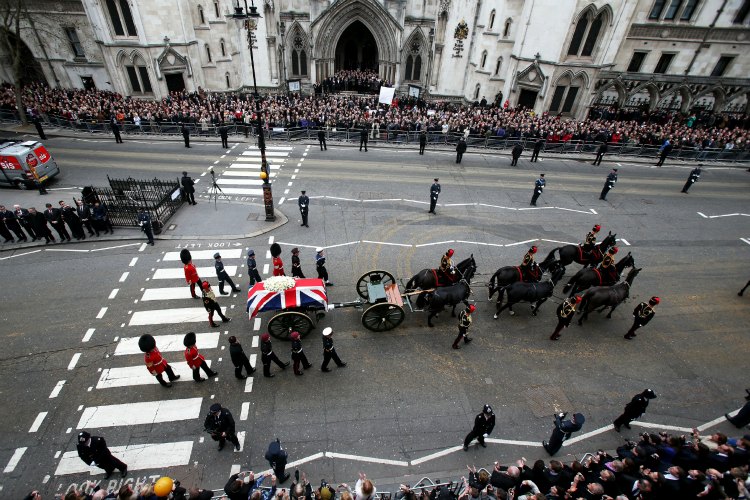 So far, 2300 guests from across the globe have confirmed an invite to the event. There will be a police presence more than 4000 strong amid fears that protesters will disrupt the service. The Queen will also be in attendance. The last time she attended the funeral of a Prime Minster was in 1965 for Winston Churchill.

The funeral itself has also met with controversy. Many of Thatcher’s opponents  object to the fact she has been granted a ceremonial service, and one with a £10m price tag at that.

Thatcher’s coffin was moved to Westminster on Tuesday, where a private ceremony was held and attended by close family and friends. 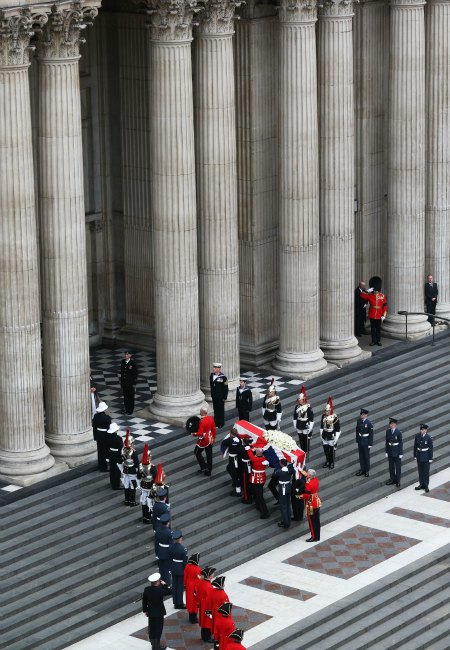 At 10am the coffin started its journey by hearse from Westminster to the Church of St Clement Danes, the RAF Chapel, on the Strand. With flags across the capital flying at half mast, it was then transferred to a gun carriage drawn by six horses from the King’s Troop Royal Horse Artillery as it started its procession.

Thatcher died from a stroke on April 8, aged 87.