Ever since the Arctic Monkeys burst into the world’s collective consciousness in 2002, the UK music media have spent the best part of a decade burdening young up and coming English bands with the dubiously beneficial title of ‘the next big thing’. Alt-J, the latest in a long line of British outfits to have this milestone placed around their necks tick the boxes at first glance. The band have trendy haircuts, wear fitted jeans and spectacles, but perhaps most tellingly of all, they have a quirky, left of centre name. Alt-J take their handle from the ancient Greek symbol for delta but are known better by the keyboard command which generates this on a Macintosh computer. (Read: ∆). Yet if you look beyond the hype and listen to Alt-J, it quickly becomes apparent that the band are not an open and shut case. More questions are raised than initially answered.

The band’s debut album, An Awesome Wave, (which takes its name from Bret Easton Ellis’ seminal novel American Psycho) draws heavily from such a varied range of musical, cinematic and literary influences that it becomes almost impossible to fit neatly into any existing genre or style.

Commonly used phrases like ‘indie’ or ‘alternative rock’ are dangerously limiting when used to describe a band with so broad a sonic palette, whilst ‘art rock’ – a particular favourite amongst critics when pressed for an apt description of Alt-J’s sound, distracts from an undeniable fact – it’s not actually rock.

Songs on An Awesome Wave such as lead single Tessellate, the angular Dissolve Me, or the slipperier groove on Fitzspleasure are all firmly rooted in the kind of accessible pop music that people can easily recognise, and as a result, are built around sing-a-long chorus’ and extremely catchy hooks. When all is said and done, there is nothing particularly ‘rock’ about this album at all, certainly not in a traditional sense anyway. 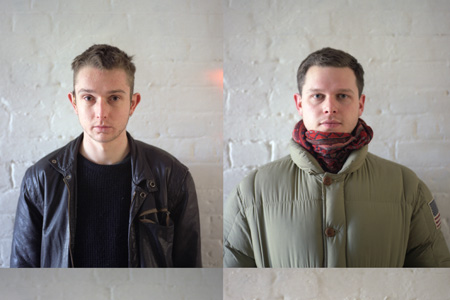 Alt-J’s lead singer Joe Newman (above right) speaks freely and frankly of the various, and entirely disparate, influences that he and his three band mates have each brought to the album’s eclectic overall sound.

“Musical influences, where to start? Thom (drums) is into his heavy metal. Gus (guitar/bass) was a chorister in his local choir. I grew up listening to a lot of Americana, stuff like Steely Dan, Laurel Canyon, that kind of stuff, the sort of stuff my parents listened to. Gwil, (keyboards/vocals) on the other hand, has only ever really listened to 1990s gangster rap. We all agree on certain things though – bands like Radiohead and Metronomy.”

Considering this strange melting pot of musical influences and the fact that nobody, not even the band’s most ardent fan, could possibly claim to have been listening to them much before 2011, Alt-J’s undeniably meteoric rise has come as a bit of a shock to everyone involved.

“We were all very proud of the album and we were all, I think, quite confident that people would like it. We’d had a good response with the single, Tessellate. But we definitely didn’t expect the kind of support that it has ended up getting. We have been very lucky, blessed even.”

For a band of four young men to write a debut album that broke into the UK Top 40 charts in an era of modern music dominated by studio-produced, heavily stylised R’n’B artists and Justin Beiber is truly remarkable. The fact that their album went on to peak at #19 and they’ve just been nominated for a prestigious Mercury Award, beggars belief.

The album’s huge success in the UK has propelled Alt-J onto some of music’s biggest stages, not just in their own country, but also in Europe and even across the Atlantic in America. Newman, however, is adamant that while all the touring has been beneficial for Alt-J, they are a band who are still very much honing their craft.

“We’re still learning, we’re a young band and at the moment we are just trying to get the album perfect live for the audience. What you’ll hear live is what you’ll be seeing us playing. There is no backing track, nothing to boost the sound. So we have to work incredibly hard on stage and it’s taking us awhile to get it all right.”

That being said, it would seem that Alt-J are certainly not a band who will disappoint a live audience. Perhaps their most recent live success came when Alt-J played at this year’s Reading and Leeds Festival, a highlight of the English summer season, surpassed only by the legendary Glastonbury.

“It’s always nice to play in Leeds,” says Newman. “It’s not necessarily our home individually as people, but it is the band’s home. It’s where the band was born.” 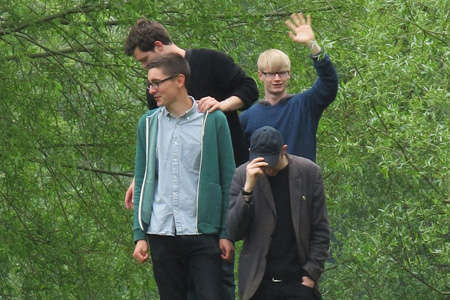 It was in 2007 that the four members who would go on to form Alt-J first met whilst studying at Leeds University. Perhaps a clichéd genesis story for many bands, but one that seems to have a fruitful future ahead.

Alt-J will be coming to Australia for a tour in October, a place that none of the band members have ever visited before. Despite the hatefully long-haul flight that lies in store, Newman definitely seems to be looking forward to his first visit down under. In fact he is not ashamed to admit his desire to do some of the more touristy things whilst he’s here.

“I hope we have enough time to go out. I want to go to the beach the minute I get to Sydney, play the show, go out, and then go back to the beach when it’s dark. So yeah the beach, and Neighbours! I’ve always wanted to check out Ramsey Street,” he says with a laugh.

“Sydney for the beaches, Melbourne for Neighbours, sorted!”

Australian audiences might not know quite what to expect from Alt-J when they do get here in October, but in an odd way it’s reassuring to hear that they won’t really know what to expect either.

We’ll be discovering together if Joe, Gus, Gwil and Thom can make the live renditions of the songs found on An Awesome Wave half as interesting, exciting and thought-provoking as they appear on the record.

One can’t help but think they’ll get a wonderful reception. They might not be the next Arctic Monkeys, but Alt-J doesn’t need to be, they’re a band who are incredibly comfortable in their own skin.

And that is wonderfully refreshing.

Alt-J begin their first Aussie tour in Sydney (October 18), followed by Melbourne (October 20). Their debut album, An Awesome Wave, is out now through Infectious Music altjband.com