The end of The Sun’s Page 3 girls, Rupert Murdoch hints on Twitter

According to a Twitter exchange between campaigner Karen Mason and Rupert Murdoch, the semi-naked photos, which have featured in the daily publication since 1970, may be “last century”.

Instead, the media mogul said he is contemplating a “halfway house” of “glamorous fashionistas”.

Mason, who uses the Twitter handle @Kazipooh, tweeted @rupertmurdoch: “#nomorepage3 Seriously, we are all so over page 3 – it is so last century!” 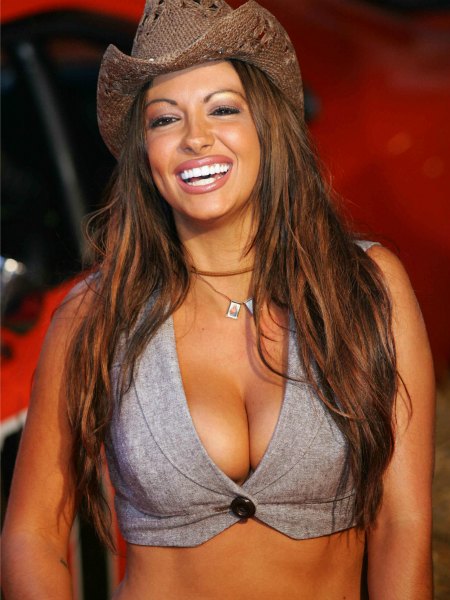 Celebrity Jodie Marsh launched started her career on The Sun’s Page 3 as well as risqué photo shoots for the likes of FHM, Loaded, Nuts and Zoo (Image via Getty)

The campaign No More Page 3 has been running for more than a year, urging companies to boycott advertising in The Sun until the topless images are removed.

It responded with a tweet to Murdoch saying: “We won’t stop until Page 3 is finally, permanently, out of the paper but his tweet yesterday is encouraging.”

News International has not released a comment on the tweet by Murdoch, who is its chairman and chief executive.