The Girls hit the notes in Shoreditch

Eve Yasmine
Eve is a regular singer at Canvas Bar and you can catch her there most Thursday nights.  She sings a wide range of songs from covers to originals, some a little jazzy, soulful, some with a pop rock edge but all will get you toe tapping.  This young singer shows great confidence on the stage and the way she interacts with people. She readily admits that it is a new career for her, but she really enjoys it and feels like it is her calling.  I do believe it is.  And yes, I did say a new career.  Eve has just hit her 20s and has an astonishing resume already.  Having written for magazines, interviewed people such as Quincy Jones, became a television presenter, featured on magazine covers and been nominated for numerous awards, is it really a surprise that she has moved into the singing arena.  She always loved singing but was nervous, until she joined the school choir, which gave her a boost.  The decision to go solo was based on music events that she went to where people thought she was going to sing. Her songs are inspired by real life situations, such as her song ‘talk to me brother’, which is based on a short film she was involved with.  When asked about the future Eve replies: : “I’m going to push as far as I can.” I have no doubt she will, so come along and listen to her on 2 April 2015 at Canvas Bar on Old Street. 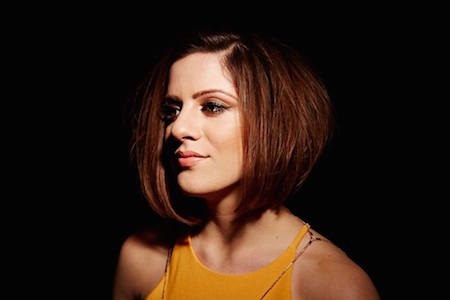 Emma Hamilton
Emma Hamilton is an Australian born singer who is relatively new to London, although she  toured Australia and the Baltics before landing in the UK.  Emma’s family consist of a French Mother, Australian father (who is a musician) and a brother who has followed the family music business.  It seems logical that Emma would follow into the world of music?  Emma’s first album La Musique, was a little risqué being entirely in French and being released in Australia. She drew on her French family connection and it reached number 9 on the Aria Jazz Charts.  Not wanting to be pigeon holed into one genre, Emma can move through the songs of Cole Porter, French Jazz, R n B, pop and touch on a little bit of soft rock or dance, depending on how she feels at the time.  She has collaborated with her brother and often play as the Hamiltons when they are playing together.  Emma has such a versatile voice for the variety she sings yet it still has its own identity, a distinctive feel.  Sometimes it feels almost too quiet, but when she belts out the other notes you realise that it is all on purpose.  At the moment they are starting with a few small gigs around London, but I am sure that you will be seeing a lot more of this duo.  On the 1 April 2015 they are playing at Trapeze Bar in Shoreditch and I am sure we will seeing much, much more of them.

As always, if you hear about any great gigs or singers and antipodeans on the circuit, contact me at gigs@music-detective.com

The most annoying things non-travellers say to backpackers