Explore The Hague, the Netherlands’ most laid-back city, by bike. TNT’s Janine Kelso set off on a two-wheeled taste tour…

“But it has no brakes,” I say, looking in fear at the old-fashioned “granny bike” I’ve been given to ride for the next two hours, one that has been used in Holland for more than a century. `

“You brake by pedalling backwards,” smiles our guide, born-and-bred “Hagenaar” Rene Bom, whose fluro orange “ride” is a Harley Davidson-style bicycle with thick tyres, a low seat and big handlebars. Riding this beast is going to work up an appetite, which is lucky because I’m about to embark on a tasting tour of the city’s culinary delights.

A city of peace and justice, The Hague is synonymous with international law as it houses the International Court of Justice, the only judicial body of the United Nations outside of New York.

It might not be as famous for cuisine as it is for peace, but I’m looking forward to savouring some Dutch tucker.

First up is ‘t Bakkertje, in Molstraat 38, the oldest bakery in The Hague, which opened in 1838.

Rotterdam: Guide to city and nightlife
Exploring the Netherlands

The tantalising aroma stimulates instant hunger pains, and we fill our bicycle baskets with goodies. The crusty rolls filled with carpaccio, truffle dressing, pine nuts and parmesan are second-to-none. And don’t leave without ordering a chunk of the indulgent tiramisu flavoured Italian nougat. Around the corner, Rene points out the titchy ‘t  Kleinste Winkeltje, in Papestraat, the smallest but best-known chip shop in the city thanks to their finger-licking fries: crispy, salty and served the Dutch way – with mayonnaise, known as ‘friet sauce’.

The Hague’s historic centre is clean, perfectly ordered and hip, its roads lined with boutiques and pavement cafes. We sail through Parliament, its buildings divided by an attractive courtyard alive with fountains and benches; pass a gallery showing the works of Vermeer, of The Girl With The Pearl Earring fame; and criss-cross bridges over canals that remind me of Amsterdam – but The Hague is less seedy than the Dutch capital and has far fewer tourists.

Book a tour of the Netherlands

A popular delicacy is Hollandse Nieuwe; salted raw herring, served up with raw onions and eaten by holding it by the tail over your mouth and then lowering it as you eat. The best time to chow down it is between May and July when the fresh catch hits the city’s ubiquitous food stands. Herring is considered healthy because of the abundance of omega 3s so we grab a plate at Haringkraam Buitenhof, a road-side food stall, where my tastebuds perform backflips of delight at being presented these delectable gifts of the ocean. 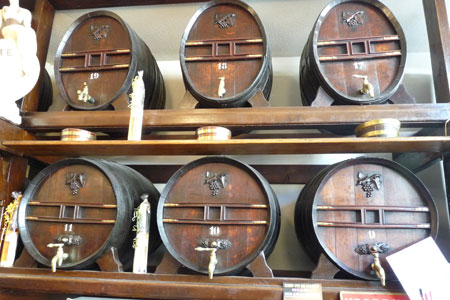 Rene decides it’s time for us to knock back some hard liquor so we pedal over to Van Kleef distillery (Lange Beestenmarkt 19) where Dutch post-impressionist painter Vincent Van Gogh bought his booze when he lived in the city. Absinthe was Van Gogh’s choice of tipple, but the distillery focuses on jenever (Dutch gin), single malt whiskeys and artisan liqueurs based on traditional recipes with no artificial additives.

Established in 1842, the distillery is one of the oldest of its kind in Holland. This hidden treasure was even in The Hague’s first telephone book when their number was simply “1”.

We are treated to an intensive tasting session; I quaff cinnamon, chocolate and coffee liqueurs. There’s a flavour to suit everyone’s fancy: strawberry, mint, peach and even apple tart.

To sober up, we head to Italian ice-cream parlour Florencia – deemed the best in the city by locals. Serving up homemade ices since 1932, it’s packed with an array of vibrantly coloured choices – we try the moreish mango and mouthwatering banana choc-chip while taking it easy on the outdoor terrace. It’s open until 11.30pm so you can enjoy a sundae all evening.

Our bicycle baskets full of goodies, it’s time to feast on the delicious food we’ve picked up along the way by picnicking at the pretty Royal Palace Gardens, the perfect spot to soak up the city’s easy-going vibe along with a mix of families and teenagers strumming on guitars.

“I love The Hague,” says Rene. “I was born here and I hope I die here.” And after spending a few days in the city, I can understand why. 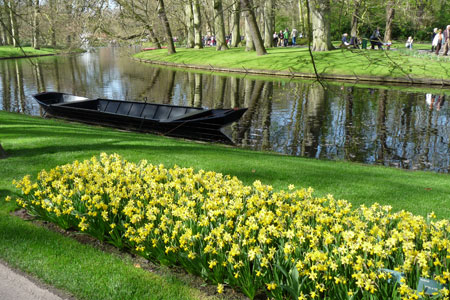 Check out the bars around Plein (near Paliament) and Grote Markt for a lively night out.

GETTING THERE: Fly to Amsterdam with EasyJet, KLM and CityJet in 45 minutes. Then take a train from Amsterdam Airport Schiphol to The Hague Central Station (30 minutes). One-way tickets cost €7.90.
GET MORE INFO: Holland.com/uk and denhaag.com.

» Take a bicycle tour through The Hague with Totzo! (totzo.org).

Spas and hammams in Marrakesh, Morocco