Grab a map and an anorak and get your hiking boots on because the Lake District is a playground for trekkers. Langdale is home to three of the area’s four loftiest fells: Scafell Pike, England’s tallest peak at 978m, Scafell and Great Gable. The fourth, Helvellyn, is near Ullswater. Or you can walk along part of the 113km-long Cumbrian Way. 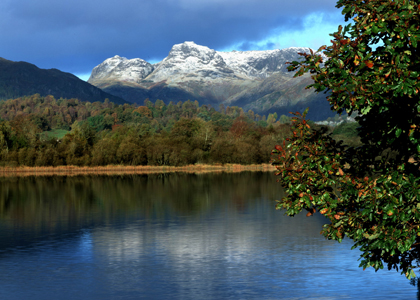 Keswick is the walking hub of the north while Windermere (the region’s longest lake) is the centre of the action in the south.

If you love biking, head to Grizedale Forest to follow an elaborate trail of 90 sculptures. Head south from Windermere to Bowness-on-Windermere for an attractive lakeside town that’s a launch point for several cruise and rowing boat companies. At the northern tip of the lake you’ll find Ambleside, the so-called ‘capital of anoraks’, thanks to its many outdoor gear shops.

Ullswater is the second largest lake in the area, and the supposed inspiration for William Wordsworth’s ‘Daffodils’. It is topped by Pooley Bridge and toed by Glenridding, with Howtown halfway down. Waterfall fans should check out Aira Force.

Top eateries include The Glass House in Ambleside and, for that special occasion, the fabulous Sharrow Bay by Ullswater. If you’re in need of a cosy café, try Lucy’s On A Plate in Ambleside. Pick up local delicacies and organic meats and cheeses at one of the many farmers’ markets held throughout the Lake District. Don’t leave without trying Cumberland sausages (below), gingerbread, and Kendal mint cake, a block of sugar and peppermint oil, concocted to give hikers energy (for the march to the dentist).

Hire a car to explore Langdale, Borrowdale, Buttermere and eerily beautiful Wast Water. If you want a challenging drive, make your way to Eskdale, then reward yourself with a soothing ale at the Three Shires in Little Langdale.

A bit of history

Romantic poets John Keats and Samuel Taylor Coleridge all sought inspiration in the Lake District, following in the footsteps of the area’s most famous son, Wordsworth. See his homes at Dove Cottage in Grasmere and Rydal Mount near Ambleside. For fans of Peter Rabbit, there’s Hilltop Farm where Beatrix Potter once lived in Near Sawrey, and a museum in Hawkshead. 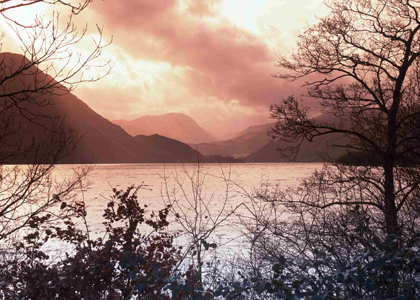 WHEN TO GO: The Lake District is the UK’s wettest area but March-June is the driest.
GETTING THERE: National Express (nationalexpress.com) connects London with Windermere, Ambleside, Grasmere and Keswick. Virgin Trains (virgintrains.co.uk) leave from London Euston to Oxenholme and Penrith. Hire a car at easycar.com/tntmagazine to receive a 5 per cent discount.
GETTING AROUND: The Lakes Ranger ticket offers unlimited travel on local rail and bus networks and a cruise on Lake Windermere.
GOING OUT: A pint is £2.50.
ACCOMMODATION: YHA dorm beds start from £15.95. Hotel rooms start from £30.
GET MORE INFO AT: lake-district.org.uk

Gales expected in the UK on Sunday