Guests were greeted with top-shelf cocktails like the Ultimat Rosemary Martina and the Patrón Perfect Margarita, presented in Patrón Jam Jars and the night was hosted by Tex Perkins.

The Single of the Year went to The Presets, for their electro-pop track Ghosts which was voted by Rolling Stone Magazine readers. 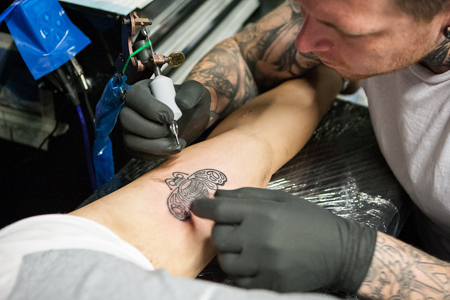 But you could say the real winner of the night was the dude who decided to partake in a more permanent reminder of the Awards night. The man, who wishes to remain anonymous, got the iconic Patrón Tequila bee inked on his arm, courtesy of Bondi Ink.

Those less brave took advantage of the free temporary tattoos and enjoyed the sweet sounds of performer Owl Eyes.

For more on the night, head to the Rolling Stone Australia Facebook page.

Google Wallet could be here for London Olympics

150 years of Alice in Wonderland