The real Australia: BBC traveller Simon Reeve chats to TNT about his new TV series revealing the biggest challenges facing Down Under

The adventurer TV presenter is launching his new BBC series, in which he journeys around the country, with the aim of putting paid to the misconception he says the Brits have that Australia is all about “cricket and kangaroos”.

In terms of ecology, the reef should be Australia’s biggest concern, the journalist claims. “It’s taking a hammering from our changing climate, from cyclones, from changing temperatures,” Reeve tells TNT. “But also from agricultural runoff which is changing the reef in bizarre ways.

“Conservationists think this is leading to an explosion of the crown-of-thorn starfish. Farmers are putting fertiliser on their land in Queensland, which is running into the sea and that’s leading to a growth in algae, which means more food for the starfish, that then destroy the coral reef. 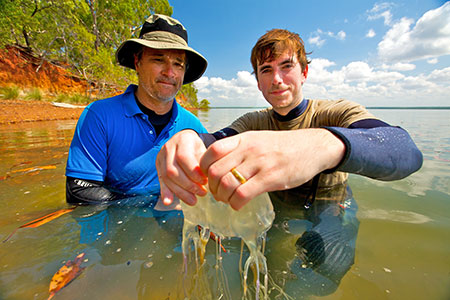 “This is happening on modern Australia’s watch and the Great Barrier Reef is the single most impressive and extraordinary natural phenomenon on the planet. It would be an epic disaster if the reef was to be badly damaged or lost; that would be unthinkable.”

Following on from his successful Indian Ocean series, the three-part Australia With Simon Reeve will be broadcast on BBC2 at 9pm on Sundays (starting this Sunday May 19), showing a journey that took Reeve from the ‘red centre’ of the country south to the wine region, then west to Perth.

On the second episode he travels across the remote and wild north to the Great Barrier Reef. And his third takes him down the east coast to Sydney and Melbourne.

What most shocked the award-winning author was the destruction of wildlife and the environment in Australia, which is going on at a “phenomenal rate”, largely as a result of creatures being introduced to the country that don’t belong there – including the poisonous feral cane toads.

He says: “I struggle to think of anywhere on a comparable size that’s been so affected by mankind as Australia.” Included in that destruction, Reeve highlights, is what will be the aftermath of the country’s current resources boom, the billion-dollar mining industry in Western Australia, which “popped up endlessly” during his time there.

He explains: “You can’t zoom around the country and not be confronted by it at every turn – whether it’s a British bin-man from Hull who’s earning a hefty salary teaching people to drive trucks in mines, or a giant hole in the ground in what’s said to be the richest square mile in the planet.” 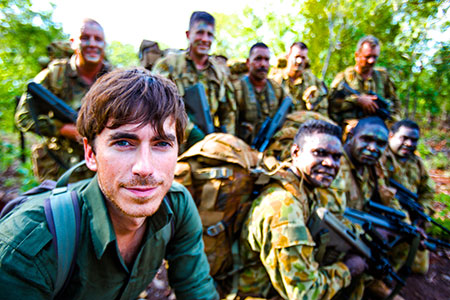 Reeve, who held a seminar at the TNT Travel Show last year, asks whether it will be worth it all in the end; or whether the get-rich-quick mentality will result in a huge ecological disaster. “We’re killing off every other aspect of life, whether it’s the farming or manufacturing industry, so we can play this resources game, and when that boom ends, what are we going to be left with?”

The demand for Australia’s resources is thanks to its proximity to Asia, that it’s “on the edge of the most dynamic region of the world”. That also contributed to what surprised Reeve the most about Australia – its demographic. He calls the fact that more than 10 per cent of its residents are Asian-Australians a “massive change”.

He says: “I think Brits have got an image of Australia that’s largely the result of Australian propaganda in the form of soap operas and small poppy singers and beer adverts.

“They imagine Australia to be a little bit of Europe on the other side of the planet, a warmer version of Fifties Britain.

“But it’s multicultural, it’s diverse and that’s still not reflected in things like the soap operas, so people still have this old, white view of the place, but you walk around Melbourne or any of the cities and it can feel like you’re in Hong Kong or Kuala Lumpur.” 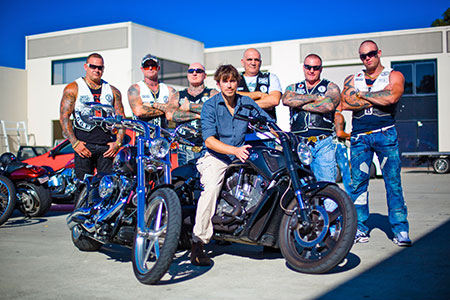 But underneath the ‘newness and shininess’ of modern Australia, there are demons lurking, Reeve says, having spent time with Aboriginal communities for the series.

“The ongoing suffering of Australia’s first people is an enormous issue for the country that Australia still hasn’t got a grip on,” he says.

“It’s something the country really has got to sort out. And it’s not a case of just throwing money at it, it’s Aboriginal leaders needing to lift their people out of the suffering they’re stuck in. It’s no use everybody just blaming the state and blaming the authorities, everybody needs to get involved and fix it and it does need fixing.” 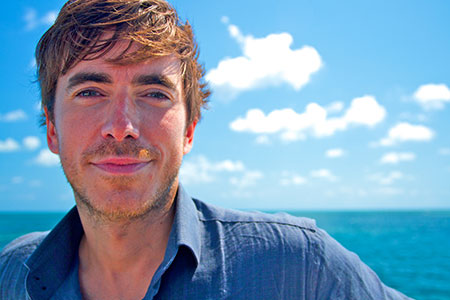 Although the documentary series also sees the journalist, whose previous TV series have seen him encounter countries in conflict during times of instability, come face-to-face with dangerous creatures such as box jellyfish, as well as “big burly” biker gangs and the Outback during his tour, Reeve maintains that Australia is a safer country than most Brits think.

“Australians love teasing poms with terrifying tales,” he says. (Although Reeve admits he hadn’t been told about the infamous drop-bear gag.) “In reality, so long as you don’t go swimming in creeks with saltwater crocodiles, you’re going to be OK.”

So how does the country compare to the others Reeve has travelled? “It’s magnificent and vast and exotic but familiar enough to make for a great adventure for almost anyone,” he says. “Australia stands up among the most exotic and adventurous destinations on the planet.”

Watch Australia With Simon Reeve on BBC2 on Sundays at 9pm. The first episode airs this Sunday May 19.

Football fan handcuffs himself to goalposts in Ryanair protest

After two series of the Johnson show, Harris steals the show and wraps up victory over the world’s apparent finest