Probably the most well known ski resort in Australia, with the most extensive snowmaking system and the longest run in Oz from Karel’s T-Bar to Friday Flat (5.9 km). It’s also the ski destination to rub shoulders with fame as it has a reputation for attracting Australian celebrities! Great for beginners and intermediates alike, there’s plenty of trails to hit that will keep you busy all day.

The gentle Friday Flat is a pure practice heaven to help get you up and onto those tougher trails before your holiday is over. If you’re already a seasoned snow bunny there’s plenty of intermediate tracks and a variety of terrain parks to keep you occupied.

If you’re honing your big jump tricks, don’t risk cocking up and ruining your holiday. Thredbo has the Bag Jump to test out your Backside Rodeo or Cannonball. Don’t miss Saturday nights when the slopes come alive with the traditional flare run, or try your hand at night riding, free from 4:30 to 7:30 every night.

Where to stay: Oz Snow do weekend trips from $245 including accommodation at the Snowy Valley Resort. 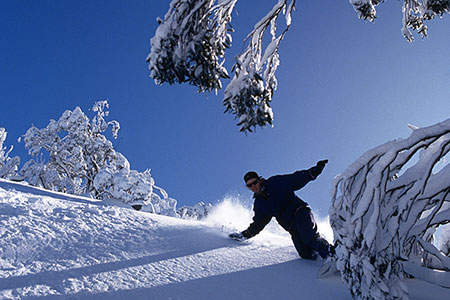 Round the corner from Australia’s best known resort is the major competitor for your hard earned snow dollars – Perisher. Having poured $22 million into new snowmaking technology, Perisher seems determined to make a name for itself in the Australian ski business.

The largest alpine resort in the southern hemisphere, Perisher has 271 snow guns covering just over three thousand acres of skiable terrain. While more than half of this is deemed suitable for intermediate skiers and boarders, there’s still plenty to keep beginners and experts interested on the slopes.

Perisher also has the most terrain parks out of any Australian alpine resort, with even an added bonus of a mini half-pipe for those looking to try their hand at a few 360s. As with all the bigger resorts you’ll have to tussle with a lot of beginners, so the sooner you can get off the green, the better! 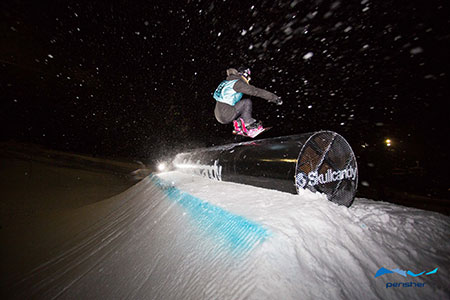 The highest ski resort in NSW, and also the oldest in Australia, is a snowy adventure unlike any other. To give you an idea of how serious I am, in the dead of winter, access to Charlotte Pass is by Snowcat only. Not bad for a country dominated by desert.

The altitude of Charlotte pass means it generally receives the most snowfall of any resort in Australia. With proper winter events that you’d normally get in the northern hemisphere, such as Christmas in July with carols, and even snowman-building competitions.

Partake in activities designed to test your skiing abilities like the weekly standard race, or carve up fresh tracks after watching the sunrise over the mountain range. Charlotte Pass is a much smaller resort than that of Thredbo and Perisher, so the atmosphere is perfect for a relaxing ski holiday.

Self-proclaimed as having the best natural snow terrain in Australia, this 302 hectare winter wonderland has everything you could want in a ski holiday. It also holds the record for the most rainfall of any resort in Victoria. Mt Hotham has some of the best on-mountain accommodation, perfect for skiing right out your front door and back again at the end of the day.

With a majority of intermediate and expert runs there are challenges aplenty, not only that but Hotham is also home to Australia’s most difficult run: Mary’s Slide. If you’ve burnt out on Hotham’s slopes you can always hop on the Heli-Link ($130) and in just six minutes you’ll be tearing up Falls Creek on the same lift ticket.

There’s also the free off piste Snowcat ride to discover the best of Hotham’s pow-pow (powder for the non ski term savvy). 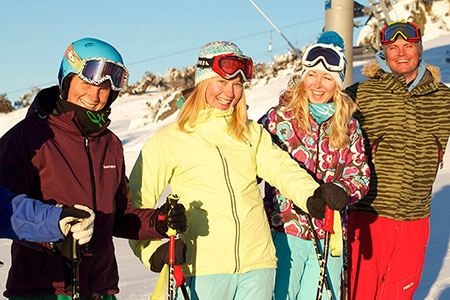 A mere three hours from Melbourne, Mt Buller holds the esteemed position of the largest lift system in Victoria. If you want a wider variety of terrain then Buller holds the key to making your dollar go further on the mountain. With a variety of slopes appealing to skiers of all abilities, you can go from gentle green slopes, right up to more challenging black runs. As of 2006 the village of Mt Buller had a population of only 251, but has about 7,000 beds available for resort guests.

For 2013 Mt Buller has made improvements to their already impressive lift system, as well as investments in new snow guns. With snow having already fallen in the village, 2013 looks set to be a fantastic season for snowfall. Mt Buller has a wide range of other activities on the snow, cross-country skiing, snow-shoeing and good old tobogganing. 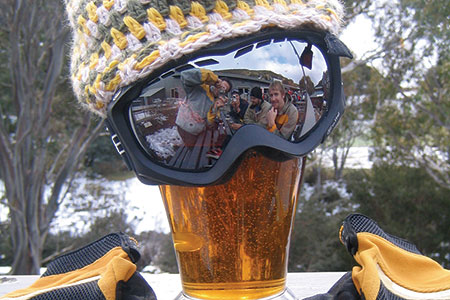 As well as being a kick-arse ski resort, Falls Creek is also Australia’s cross-country skiing destination, with free access to more than 65km of groomed trails. Push yourself in the Kangaroo Hoppet, a series of cross-country races ranging from 7-42km.

For downhill skiers there is an impressive range of black and blue slopes that hopefully won’t leave you black and blue. Their terrain parks are perfectly designed for helping you progress from small to bigger terrain. There’s even a bus to jump on or over in the XL park.

Falls Creek has a great night ski run on Wombat’s Ramble, which is perfect for beginners and those looking for an easy-going run under the stars. If you want to try something really different, Falls Creek is the only resort in Australia to hire out ski bikes. That’s a bike with skis if you hadn’t already visualised it.

Just about an hour and a half east of Launceston, Ben Lomond is one of the smaller ski resorts found in Australia. Highly recommended for beginner and intermediate skiers/boarders. Not too steep and never crowded, Ben Lomond is ideal for those who are intimidated by crowded lifts and slopes found on the larger mainland resorts.

Found in the heart of Ben Lomond National Park with a view to some of the most beautiful alpine scenery that Tasmania is famous for. With the combination of a laidback vibe and affordability make Ben Lomond ideal for the snow sport enthusiast looking for a low-key holiday.

The resort is justifiably popular with snowboarders, cross-country skiers and tobogganers. The addition of snowmaking equipment in 2011 has helped top up the natural snow on the main slope, though there are only two snow guns for the whole resort. Like I said, low-key.

Where to stay: Arthouse Hostel, Launceston – $23 dorm (1 hour+ from slope)

How much: Lift pass daily $60
skibenlomond.com.au 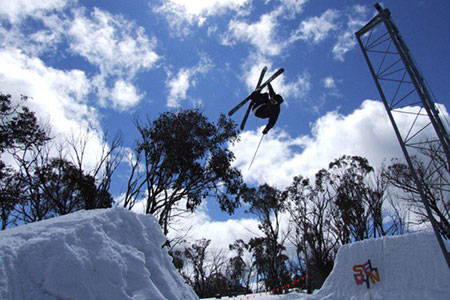 Selwyn Snowfields are known as being a family-friendly ski resort, which makes it perfect if you’re a total amateur on the white stuff. Selwyn is found in the Kosciuszko National Park, but far from the likes of Thredbo and Perisher. It has only two expert trails, with the vast majority being suitable for beginner to intermediate snow bunnies.

Despite its small size, Selwyn has about 80 per cent of the resort covered by snowmaking facilities, so when nature lets you down you’ll still have something to slide on. Further evidence to Selwyn’s family-friendly attitude is the grooming procedure at the resort, which is done by the director, Bob Heatley, his wife and son-in-law every day. If downhill skiing or snowboarding lacks the thrills of busting out tricks then you can hit up Selwyn’s terrain parks for just $25 a day instead.

Selwyn’s a great resort if you’re just getting into snow sports, with great instructors and the perfect trails to progress gently. If your skills are limited this is just the place to find your snow legs, save the bigger resorts till next year. Your wallet will thank you.

World Cup 2010: Where to watch in London