The Woman in Black: Daniel Radcliffe gets radical after Harry Potter

Classical ghost story The Woman In Black has three major pressures on its shoulders. It is the first big British film from the rejuvenated Hammer Films production stable; the first silver-screen adaptation of Susan Hill’s classic 1983 Victorian chiller; and, perhaps most significantly, it stars Daniel Radcliffe, making his leading man debut post-Hogwarts, in the role of Arthur Kipps, the grief-stricken young man who endures several unwelcome encounters with the titular spectre at the creeped out Eel Marsh House. 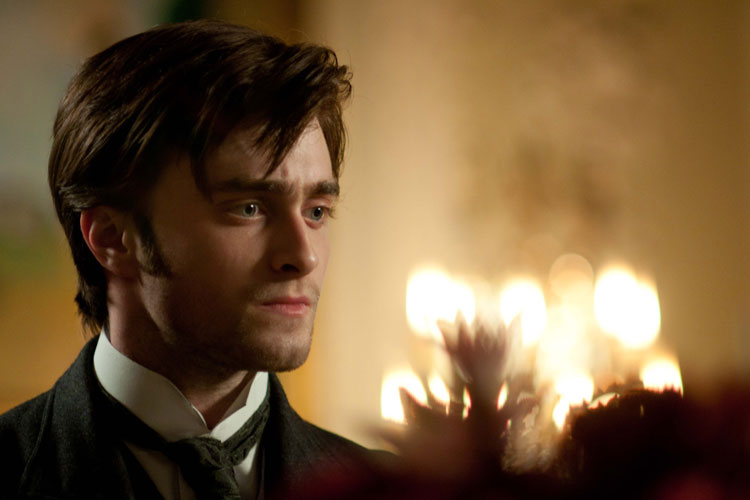 “I’d be lying if I said there wasn’t any expectation,” director James Watkins says, when we catch up with him on the last night of a UK-wide press junket. “You don’t play the lead in the biggest, most-successful movie franchise of all time without people having associations with you, good and bad. He’s Harry Potter, that’s all people have seen him as. But Dan’s very smart and wants to challenge himself. I was convinced he could play this role and redefine himself.”

And redefine himself Radcliffe does. The film marks the beginning of the second phase of his career, hitherto hinted at by his stage choices in the West End and Broadway, such as his headline- (and horse-) grabbing turn in Equus.  The role that has given new life to the 22-year-old Radcliffe is that of Arthur Kipps, the big-city Victorian-era lawman sent to the remote Eel Marsh House in the wilds of north-east England to process the papers of its previous inhabitant, the recently deceased Alice Drablow. When Kipps gets there, he finds a village terrified by a spectre who casts a morose shadow over all that encounter her. Sightings of the woman incur hellish repurcussions, and Kipps is quickly involved, forced to endure a night alone in the house. 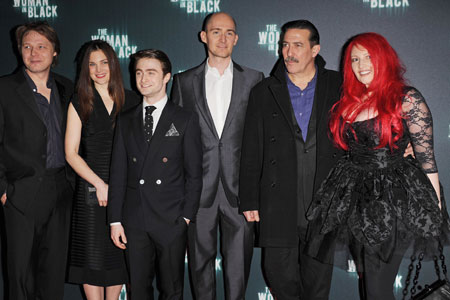 The film, though, penned by X-Men: First Class screewriter and wife of Jonathan Ross, Jane Goldman, is more than just a mainlined dose of terror; it gives Radcliffe plenty to contend with, embellishing Hill’s original with a wife-dying-in-childbirth backstory and a crateload of grief to boot.

“It gives Kipps more of a journey; there is this guy with a real sense of loss and longing, detached from his son and not really living in the real world,” Watkins explains. “There’s a gravitational pull towards the afterlife. The theme of the film really is how grief and loss warp people.”

Radcliffe says it was this shift in focus that made it appeal to him. “When I first met James he mentioned a Kubrick quote about how all films with a supernatural element are inherently consoling, because they imply an afterlife,” the star muses. “Here’s this guy who’s lost his wife, goes to this house and starts seeing the ghost of a dead woman. The reason he stays there is that there is some hidden desire to get some assurance his wife is in a better place.” 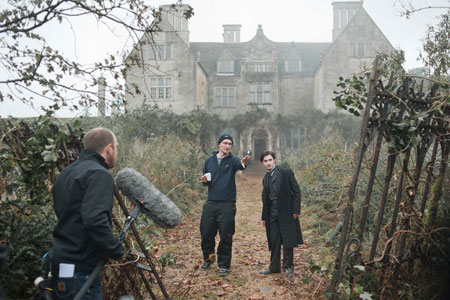 Radcliffe read the script on a flight from London to New York, the day after filming on the final Potter finished, and was so struck by it that upon touching down, he immediately signed on for the project. Despite having previously faced-off against Voldemort, The Woman In Black was another challenge altogether, pitting him as an adult lead, and one who appears in every scene, often alone (save for the spectral partner). “I now have to prove to people I am serious about acting, and I think the way to do that is to start selecting interesting material,” reasons Radcliffe, who read extensively on the Victorian era and visited grief counsellors as part of his research.

This emphasis on grief not only marked The Woman In Black as interesting material for Radcliffe but it is what distinguishes it from the current glut of ‘genre pics’. A classical ghost story rather than a gore-fest, it favours scares over viscera, and as a result is far more terrifying than any amount of claret-spraying limb-slicing.

Drawing on films such as The Exorcist, J-horror classics such as The Ring and The Grudge, and period chillers such as Jack Clayton’s 1961 The Innocents (a key influence on The Others), it weaves a classic tale in a contemporary way.

“I didn’t want it to look like a period piece,” Watkins says. “I wanted to shoot it with a very modern idiom.” He insisted the film didn’t go down the Hollywood-favoured 3D route either. ”It was raised in conversation and I said something such as, ‘you can make it in 3D but it won’t be with me’. It doesn’t pull you into a movie, it takes you out of it, because it is a device.”

The director also paid great attention to the film’s sound, too. “An American version of the movie would be drenched
in music, leading the scares and telling you what to think,” he explains. “I didn’t want that.” 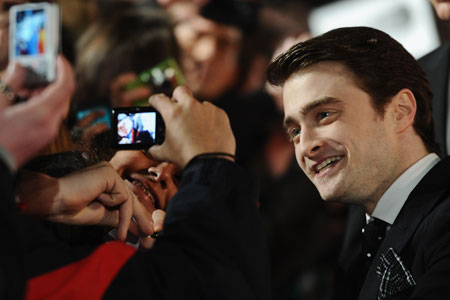 It was a move that sat comfortably with Hammer Films, the home of Sixties and Seventies classic characters such as Frankenstein and Dracula. The company was desperate for a strong showing after embarking on a Noughties rebirth with horror remake Let Me In in 2010. The Woman In Black is its highest-profile British output to date.

“One of the things we talked about as a team when we put this new Hammer incarnation together is that in recent years, the tendency has been for body count horror,” Hammer president Simon Oakes says. “We wanted to explore different kinds of horror, and while there’d been a TV movie and a stage play, we recognised a great opportunity to combine Susan Hill’s gothic story with a modern sensibility.”

And that is precisely what The Woman In Black has achieved, taking a classical premise and shooting it through with a contemporary energy, style and scares, but adding an underscoring emotional heft. Watkins has revelled in watching the popcorn fly into the air as audiences reel at the scares he has conjured. Scoring number two at the US box office – on Super Bowl weekend no less – has proved both Watkins and Hammer Films right.

It has also showed that, despite all the naysayers climbing over themselves to denounce the nepotism that won Radcliffe his Potter gig and the limited acting chops he brought to it, Radcliffe can actually act – really, convincingly, act. He has, for 10 years, been part of one of the finest acting finishing schools, so it shouldn’t really be much of a surprise.

Maybe this could be the start of a new monstrous movie marriage. Maybe not, but one thing’s for sure: Radcliffe and Hammer have both proved their mettle in spades. ❚

The Woman In Black is out now through Hammer Films. Read our review at  tntmagazine.com/thewomaninblack