You can catch him now giving an ace performance as Sky Masterson – a professional gambler who, against his better judgement, finds himself falling for the Salvation Army sergeant he’s been challenged to take to Havana for, naturally, a bet.

American director Gordon Greenberg’s joyful revival of Frank Loesser’s classic 1950 musical (a transfer from Chichester which has taken a while to get here and arrives partially recast) is a treat – full of catchy tunes including “Luck be a Lady” and the show-stopping “Sit Down You’re Rockin’ The Boat” – and here with the added bonus of lively choreography courtesy of former Royal Opera House star Carlos Acosta and Andrew Wright. 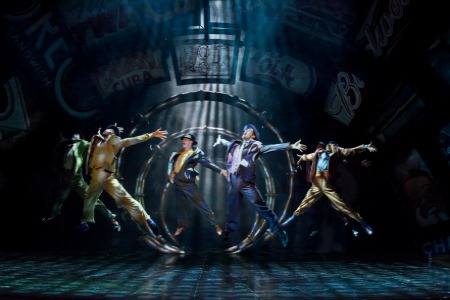 And Parker croons like a dream, bringing real depth to Masterson’s conflicting emotions in this witty conflation of a couple of Damon Runyon’s short stories, a joyously feel-good way to kick start the theatrical year.