Kevin Spacey’s tenure as the Old Vic’s artistic director comes to a stylish end with Maria Friedman’s feel-good revival of Cole Porter’s take on the 1939 play The Philadelphia Story which was later filmed, with his songs, in 1956.

Herself an award-winning musical theatre star, Friedman really knows what works and quickly gets the audience in party mood with the excellent Joe Stilgoe tinkling the ivories centre stage. He’s an engaging (and later a knockout) performer who sets the scene for the tangled romantic affairs of wealthy Long Island socialite Tracy Lord. She’s already divorced one husband (lazy, high-living Dexter) and is about to marry a second (straitlaced business man George) who’s just as moneyed but has had to work for his wealth. Dexter’s arrival in the midst of the lavish wedding preparations makes this rich young woman with nothing to do question whether choosing security over passion is such a good idea after all. 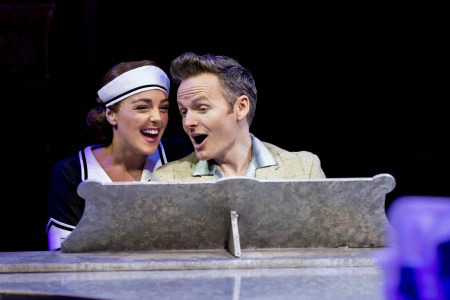 Packed with catchy numbers – including “Just One of Those Things”, “True Love” and “Who Wants to be A Millionaire?” – and vibrantly choreographed in the round by Nathan M Wright, this story of love among the privileged classes is as slight as they come. But that’s no barrier to  its entertainment value with Ellie Bamber engaging as younger sister Dinah who’s definitely fighting Dexter’s corner, and Annabel Scholey and Jamie Parker as a pair of undercover newshounds (he complicates matters further by falling for the bride-to-be). And, at the centre of it all, Kate Fleetwood, usually seen in hard-edged, serious roles, proves she can hold a tune as well as anyone else on stage as a feisty but vulnerable Tracy. 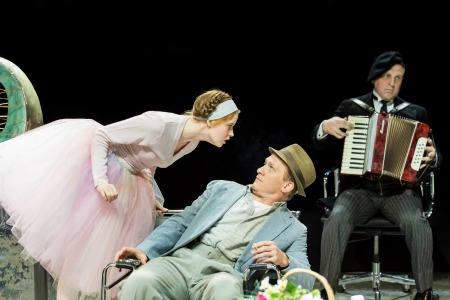 Video: Celebrities read tweets about themselves