A stripped-down version of Stephen Sondheim’s glorious 1979 musical thriller set in a 70-seater pop-up pie shop in the heart of the West End, thanks to impresario Cameron Mackintosh who has transported this site-specific production from a real pie-and-mash shop in Tooting to Shaftesbury Avenue, where even the cracks in the ceiling have been faithfully reproduced. 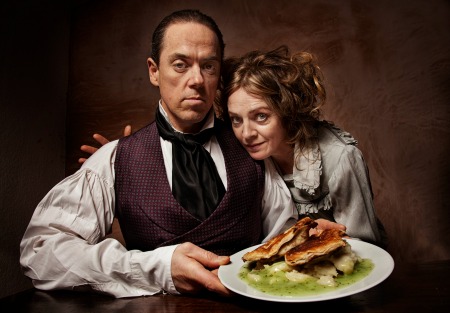 It may be small scale (just three musicians) but Bill Buckhurst’s chilling, strongly sung production certainly gives the forthcoming version at the massive 2,300+ seater London Coliseum something to live up to. The cast of eight clambers onto the bench-like tables and rubs rejuvenating elixir into the pates of follicley challenged punters. Victorian customers arrive in search of a close shave only to meet a gory end just inches from our faces – with an unblinking stare, Jeremy Secomb’s wronged, vengeful barber Sweeney despatches his unsuspecting victims with a fatal flash of his cutthroat razor and a screeching blaze of red light. And Siobhan McCarthy’s lovelorn Mrs. Lovett, maker of the worst pies in London, is as quick to grab a business opportunity as she is to recognise his true identity in this unmissably atmospheric production.

Things get pretty fraught in Laurie Slade’s updated version of Strindberg’s emotionally tense The Father, too. 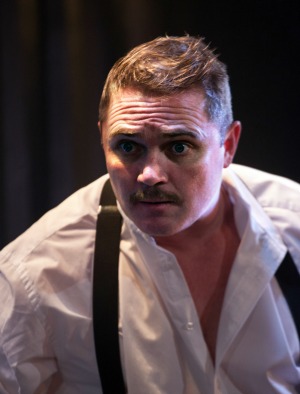 Written almost a century earlier, it also features a father driven to madness – though in this case it’s cavalry officer Captain Adolph’s devious wife, Laura, who deliberately pushes him over the edge when they disagree about their daughter’s future. In a society where the husband holds all the cards, Laura resorts to ruthlessly underhand tactics to not only make him doubt the paternity of their child, but also to convince both his old nurse and a new doctor of his mental instability. The consequences are tragic and inevitable. 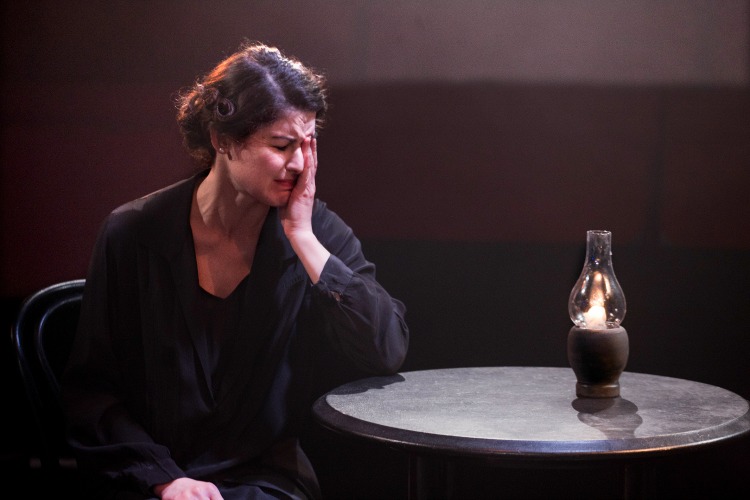 In an interval-free 100 minutes, Alex Ferns’ Adolph holds the stage as he changes from an outwardly confident military man prone to the occasional outburst to an apoplectic wreck and, as is often the case with Strindberg, one leaves the theatre questioning whether a marriage can ever be happy.