If anything, the true story is even more fascinating than the imagined one offered by Richard Greenberg’s three-hander which dates from 2000 – not surprising, really, as one would hardly expect any stage (let alone this exciting temporary venue up several flights of stairs in Tottenham Court Road) to replicate the reputed 14 pianos and 25,000 books – plus a whole load of other stuff hoarded over decades – removed after their deaths in 1947.

In a programme note, Greenberg admits to knowing “almost nothing” about these decidedly odd brothers, but here Langley is portrayed as the more eccentric of the two – initially seen as a gifted young pianist, definitely on the autistic spectrum and entranced by the blonde hair of a (fictional?) heiress (Joanna Vanderham) who has marriage in mind. 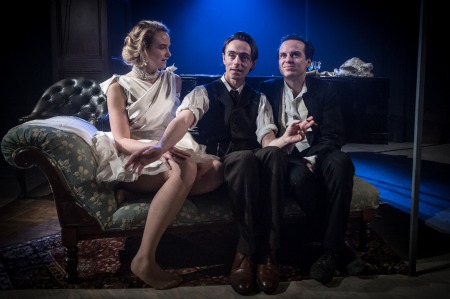 As former admiralty lawyer turned carer, David Dawson’s Homer is equally impressive as, his sight failing, he progressively withdraws from the outside world and literally cooks books for their meagre supper.

It’s not a perfect play, but with the audience perched on mismatched chairs (rescued from who knows where) and just inches from the clutter of Ben Stones’ set, the sad fate of these intelligent, fatally linked – and superbly acted – brothers proves every bit as compelling as Langley’s compulsion to salvage the discarded bric-a-brac of other, more ordinary people’s lives.

How Has Tech Changed the Restaurant Industry?

The ten best pubs in the Cotswolds