Jamie Lloyd’s sharp production – punctuated by harsh bursts of sound and light and set in a severe red metal framework – almost makes you forget that Pinter was the master of the menacing pause whilst still creating an atmosphere of impending violence. 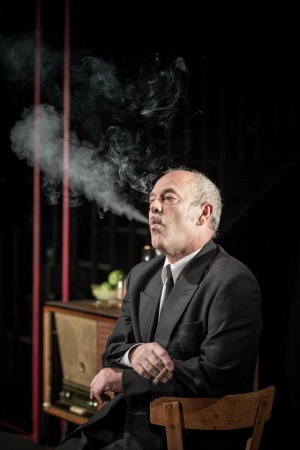 At the head of this working class family is Ron Cook’s irascible Max, a former butcher with a foul mouth and a walking stick handily at his side who rules the roost from his armchair.  Two of his sons – shady, smartly-suited pimp Lenny (a threatening John Simm) and slow-witted wannabe boxer Joey (John MacMillan) share his house along with his somewhat camp brother Sam, a chauffeur with a few secrets of his own. Back to this antagonistic environment, completely unannounced and after a 6 year absence, comes eldest son Teddy (Gary Kemp), complete with a doctorate in philosophy, a university post back in the States and a wife, Ruth, in tow whom the rest of his family knew nothing about. 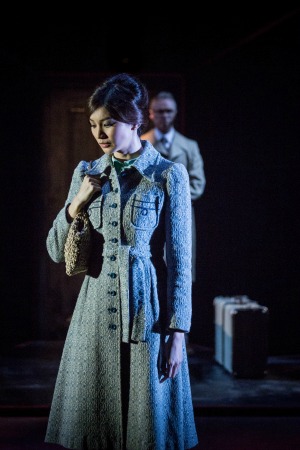 Gemma Chan (recently seen in similarly detached mode in television’s “Humans”) gives nothing away as she is subjected to the sexual attentions of her in-laws, and, despite her spouse’s academic superiority and his relatives’ plans to control her, it is clear, by the end, that she will be the one who gets what she wants in this classy revival of Pinter’s disturbing power play.

Tankless Water Heater Or Storage Type – Which is Right For You?