In Shakespeare’s late tale of jealousy, redemption and sheep-shearing celebration, he plays Leontes, the distrustful king of Sicily who suddenly suspects his wife (Miranda Raison’s radiant Hermione) of cuckolding him with his boyhood friend – and spends the next sixteen years regretting the repercussions of his groundless accusations. But it’s probably the presence of Judi Dench as wise noblewoman Paulina which has guaranteed a sell-out production. So it’s returns only if you want to catch the octogenarian Dame’s compassionate performance alongside those of Michael Pennington as a beautifully spoken but ill-fated Antigonus, John Dagleish (recently seen as Ray Davies in Sunny Afternoon) as guitar-strumming peddler Autolycus, and Jessie Buckley as a vivacious Perdita with free-flowing waist-length locks. 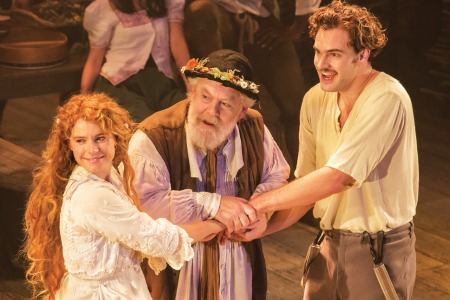 Despite a few linking echoes, there’s nothing dark or deep about Harlequinade, which yields a succession of entertaining morsels rather than a completely satisfying meal. Though usually paired with Rattigan’s intensely moving “The Browning Version,” here it is preceded instead by his 1968 All on Her Own, a  deftly delivered, richly textured  amuse-bouche of a monologue in which Zoe Wanamaker’s widowed Rosemary downs the whisky and converses with her recently deceased, possibly suicidal,  husband. 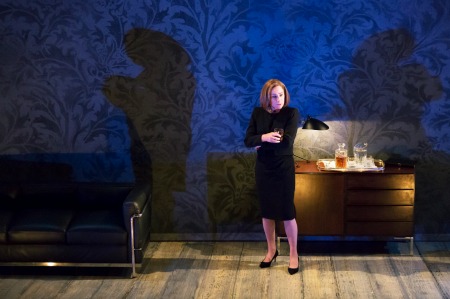 Wanamaker reappears as an interfering, inebriated old actress in Harlequinade, which takes us behind the scenes of a touring theatre company final dress rehearsal just before the curtain goes up on yet another Shakespearean performance in yet another provincial town. Branagh has great fun with the role of supremely self-absorbed actor/manager Arthur Gosport, who is far too old to play Romeo but has no intention of stopping, and is ably supported by Raison as his wife (who’s worried that her wrinkles will be revealed by the unflattering lighting) and Tom Bateman as the harassed stage manager trying to keep everything under control – including John Shrapnel’s temperamental old-timer and Hadley Fraser’s First Halberdier who is determined to make the very most of the one and only line he’s been given to say.

Other traveller reviews on Belgium