Although playing for Fiji at the last Cup, Parramatta’s Jarryd Hayne ran in three tries and was one of eight Kangaroos to cross the Bati’s line.

All of this is nothing until after 80 minutes on Saturday at Old Trafford against the Kiwis, who beat England in spectacular fashion with a last minute try from Shaun Johnson devastating the hosts at Wemlbey. 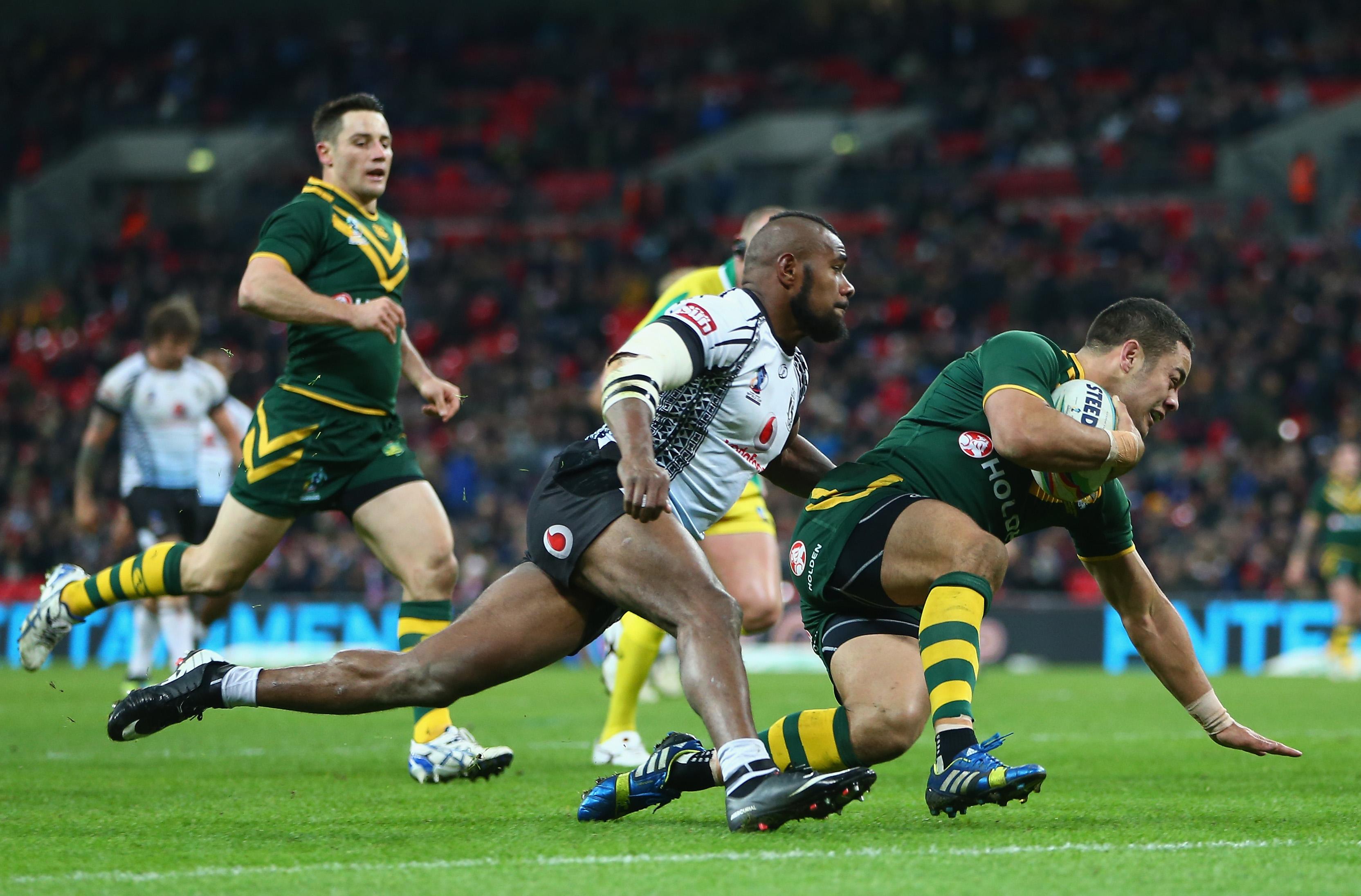 Australia will be out to wrest back the World Cup lost in the final in 2008 to the Kiwis after decades of dominance.

While Fiji were able to stem the flow at various stages they were unable to threaten the Kangaroos’ line.

Their scoreless effort, and their tryless match in the group stage, along with results against Ireland and USA in the quarters, give the Aussies a chance to go five matches on the trot without conceding a try – it would make them the first side in green and gold to do it. 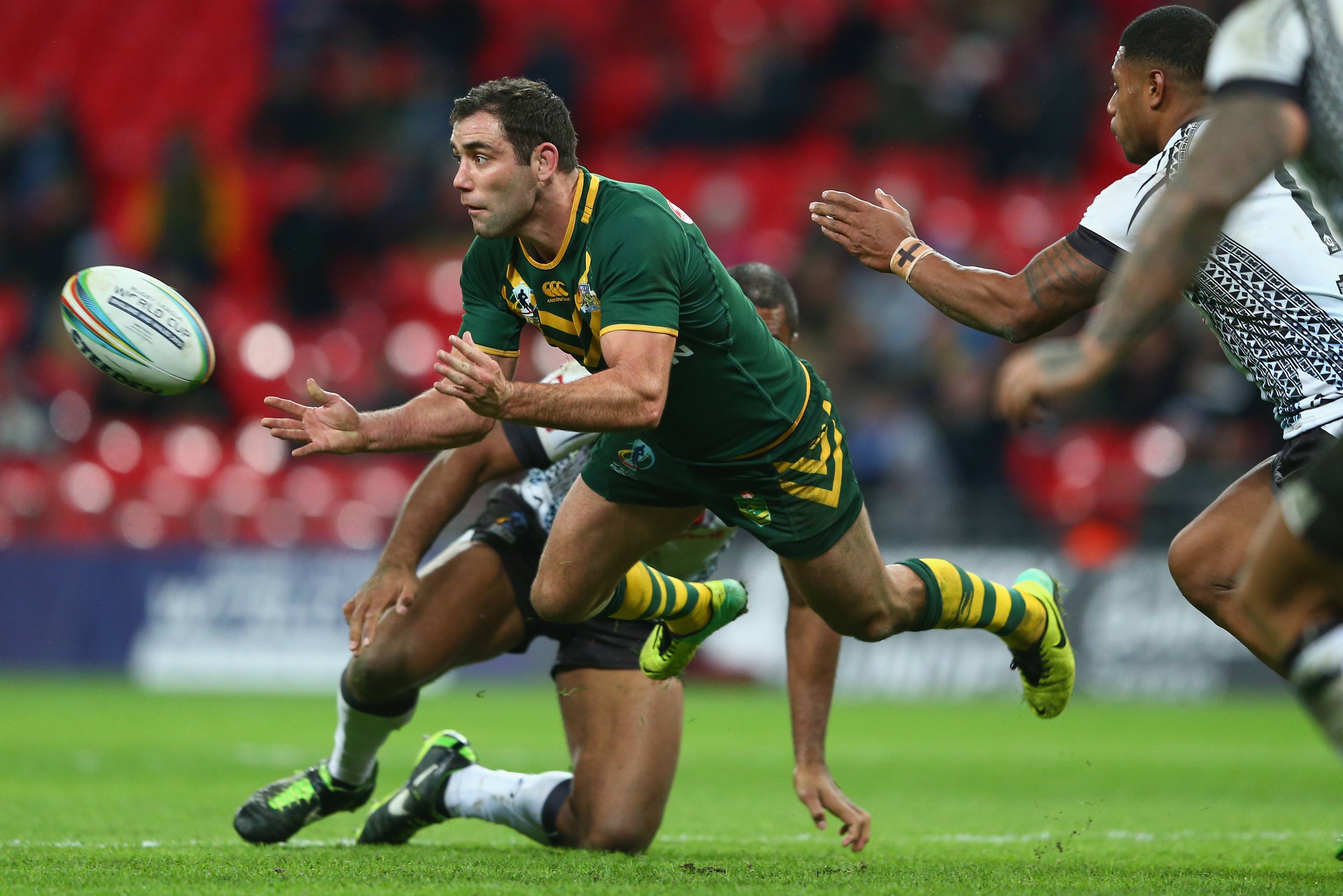 It took the Kangaroos 15 minutes of the second half to trouble the scorer, but penalties, possession and position mounted as the Aussies kept running through them.

“It was a tougher game than most people would think looking at the scoreline and we have plenty of bruises,” said coach Tim Sheens. “We went out to defend well and we did.

“We were embarrassed in the first game against England and it will be a big ask next week against New Zealand.

“We have a week to get ready and we will be right.” 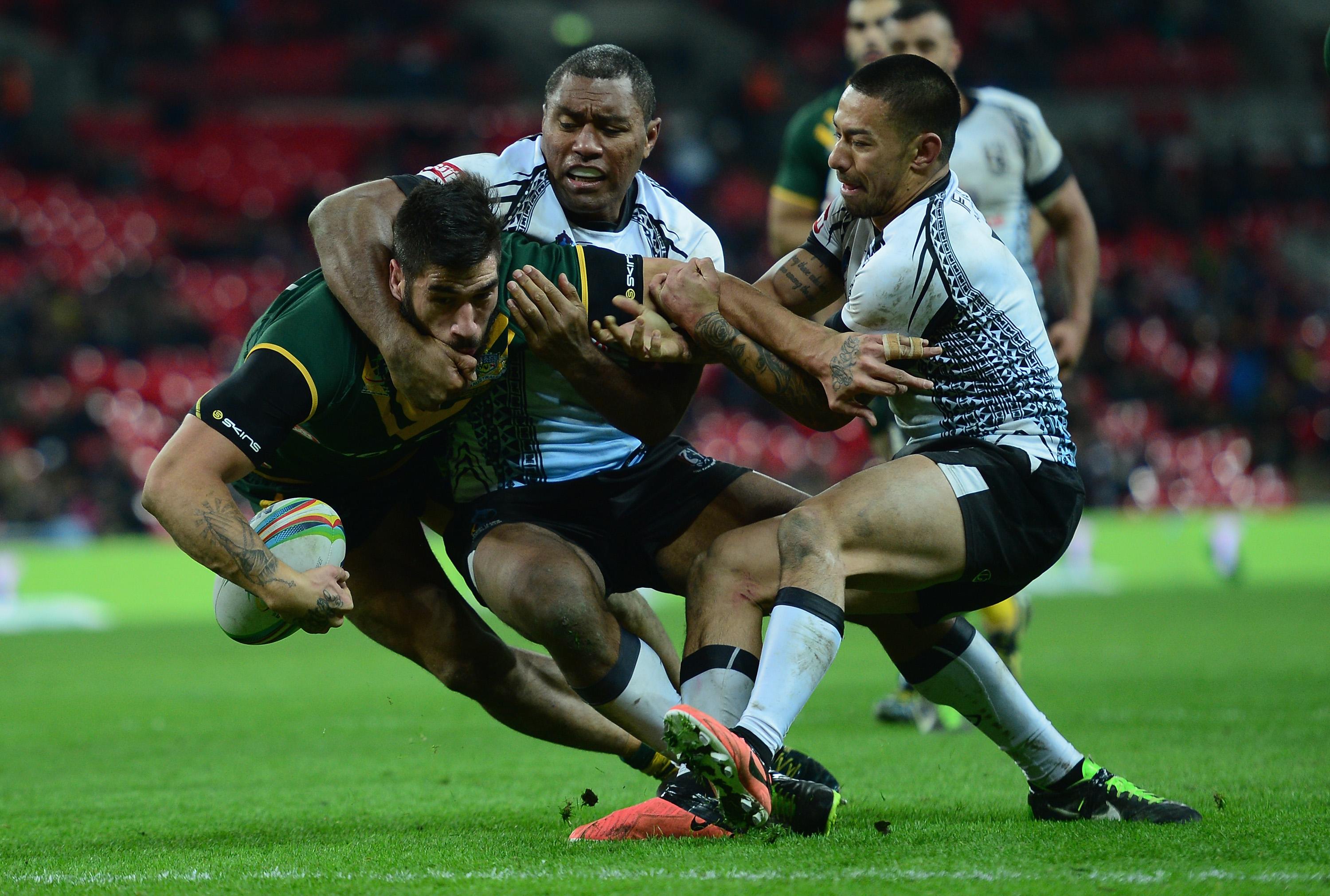 AUSTRALIA’S ROAD TO THE SEMI-FINALS