I stagger down the slopes of Snowdon, looking for the nearest beer, bath and bed – in that order. I’m exhausted but beaming with a sense of achievement for I have just completed the Three Peaks Challenge.

Compared to New Zealand’s Mount Cook or Australia’s Mount Kosciuszko,  climbing the three highest points in England, Wales and Scotland may seem like a walk in the park. But conquering this diminutive trio in 24 hours is  a serious feat of fitness – as well as  a memorable way to see a lot of the best wild country in the UK. 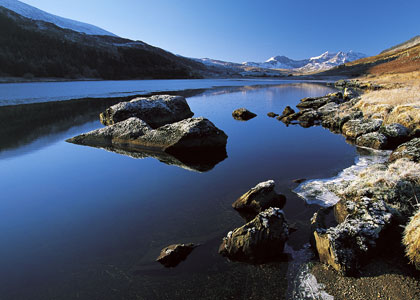 For me it was a special way to mark  a big birthday. I start at Ben Nevis in  the Scottish Highlands, easily the most serious lump of the three. Best get it done while you’re still energetic.
I dash up the ’The Ben’ in high spirits at 5pm, inspired by spectacular views across surrounding peaks and lochs. I’m back down by 9pm after braving a ferocious blizzard at the summit.
The Three Peaks Challenge is attempted by hundreds every year. This British trekking tradition involves walking 24 miles, driving 500 miles and climbing  a total of 3,406 metres.
At least one ascent is in darkness and  all three must be hiked, jogged and scrambled at twice the speed quoted  in guidebooks. Ben Nevis, 1,344 metres (4,408ft), is the highest of the three peaks. Snowdon is second at 1,085m (3,560ft) but the best paths leave from a cafe on Llanberis Pass, already a third of the way up.

England’s Scafell Pike, nominally lowest  of the trio at 978m (3,210ft), starts at sea level and involves more scrambling.
I arrive at its base in darkness at 2am after a five-hour sleepless drive with my companions wedged in the back seat among dirty boots and wet socks.
Scafell stands imposingly over Wastwater, England’s deepest lake, in the west of the Lake District. If you’re lucky, you’ll get a glorious sunrise and fabulous views from the stone cairn on top of England. I got drizzle and a long slippery descent back to the car.

Another five-hour drive to the Snowdonia National Park in North Wales brought me to Britain’s most popular peak.
More than 350,000 attempt Snowdon each year – a figure boosted by 120,000 using the mountain railway.
Most do it for the reward of a panorama of 24 counties, 29 lakes and 17 islands.  On exceptionally clear days you can see southern Scotland, 144 miles away – the UK’s longest line of sight.
Of course, I also did it for the reward of conquering the three peaks (in a creditable 21 hours). I slump into the car feeling dazed. It is only when lying horizontal, beer in hand, gazing up at Snowdon from the hot tub at St Curig’s Church B&B nearby that I begin to feel a sense of achievement. But perhaps next year I’ll celebrate my birthday by simply walking to the pub instead. 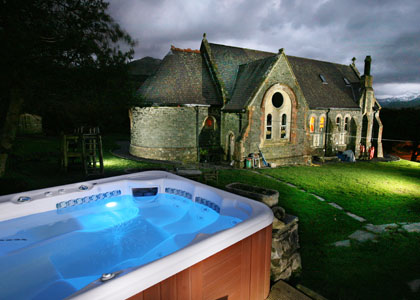 Conveniently close to Fort William with dozens of B&Bs and places to eat:
The luxury choice is The Grange (thegrange-scotland.co.uk). nInverlochy Villa is the budget choice and convenient (inverlochyvillas.co.uk)
Camp at the foot of the mountain (glen-nevis.co.uk).
Eat at waterside seafood restaurant Crannogs (crannog.net/restaurant.asp), or Cobbs café in a mountaineering centre (cobbs.info).
Drink at the inn at the start of the mountain path (ben-nevis-inn.co.uk)
Good drinking spots include the lively local The Volunteer (thevolley.co.uk) and the traditional Grog and Gruel nearby (grogandgruel.co.uk).

The Hunger Games: Would you eat this on your travels?

Pop Up Screens announces The Cinema in the Snow