Th’up North: TNT’s guide to the best the North has to offer

There’s a lot that makes England great and, yes, most of it is in London, but not all.

Almost every Aussie can trace his or her roots to Manchester and that must be reason enough to plan a trip north of Watford, right? You’ll open yourself to some weird and wonderful cultures and best of all some of the most epic nights out on the planet (trust us). The North really does have it all.

Manchester and the northwest in general is well known for its music, fashion and clubbing and, while most people would probably think of Liverpool first when it comes to music, we’re telling you to head to Manchester instead. Why? A few reasons: The Stone Roses, New Order, Oasis, Happy Mondays, The Smiths, Joy Division, Buzzcocks… we could go on.

The great thing about Manchester is, as well as producing some of the greats, it isn’t afraid of new talent. So if it’s the next big thing you’re looking for then head down to live music venues Roadhouse and Night and Day. The city has a lively club scene and if it is a rave you want (it isn’t nicknamed ‘Madchester’ for nothing) then Sankeys and the Warehouse Project are where you want to go. If it’s the indie scene you’re into then Piccadilly Records and Bridgewater Hall, both in the heart of the city centre, a rea must see. For the big names head to the Apollo and the MEN Arena. visitmanchester.com

Leeds has an abundance of designer stores and shops. Its Victoria Quarter is home to names such as Vivienne Westwood, Karen Millen, All Saints, and the first Harvey Nichols out of London. The Corn Exchange is similarly impressive and houses a large number of independent stores, with vintage, craft, record and food fairs taking place regularly. They say good things come in threes and completing the hat trick is Trinity Leeds, the city’s newest and biggest shopping centre with 120 shops, cafes, bars and restaurants.

After all that retail therapy you’ll need somewhere to sit back and relax, have a well-earned dinner and a cocktail or ten. Again Leeds comes into its own here: you could stay in Trinity, but there are absolutely loads of restaurants and bars in the Financial Quarter. We recommend Blackhouse (‘proper’ food done well), Sous Le Nez En Ville (authentic French cuisine) or the Living Room (perfect for cocktails). visitleeds.co.uk

This could easily have been Manchester again, but in the interests of diversity, fairness, and so that you can add a couple of notches to your travelling bedposts, we’re going for Liverpool. Named Capital of Culture a few years back, it is of course the hometown of The Beatles, which means it holds a special place in many hearts the world over. But there is more to Liverpool than the Fab Four – the Tate Liverpool and the Walker Gallery display some of the world’s best art. There is so much to see from sculptures on the beach to old dock tours, and the city looks wonderful by night (there are also a couple of famous football clubs to boot). Liverpool held the fantastic Titanic Sea Odyssey giant puppet spectacular in 2012, which marked 100 years since the Titanic sank. They have a similar event lined up for the summer, marking 100 years since the outbreak of World War One. itsliverpool.com

Again, it’s hard to pick a winner here, but York is undeniably one of England’s finest and most beautiful historic cities. The Romans called it Eboracum, the Vikings Jorvik, and in the film Braveheart it was sacked by William Wallace (in reality this didn’t happen). Within its ancient walls, which encircle the city, York’s narrow medieval streets and buildings are beautifully preserved and the historic heart of the city is pretty much traffic-free, making it quiet, clean and perfect for a stroll around, day or night. Stonegate and Petergate are two of its most stylish and popular shopping streets and, believe it or not, still run along the same routes as they did 2,000 years ago. The highlight is York Minster, which dominates a city that is recognised the world over as an archaeological treasure trove. visityork.org 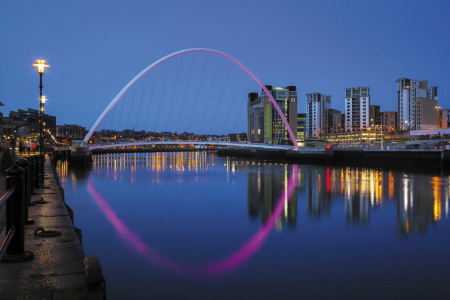 Going out for a beer is BIG in Newcastle. And what variety there is – from the rundown (or ‘budget’) to the flash (big bucks), Newcastle has it all and then some. Most visitors will go to either the Quayside, Bigg Market or both. Our favourite place to go? Sam Jacks. Okay, technically it is in Gateshead, but it has a dentist’s chair – just replace the mouth wash with straight alcohol, and no spitting! Newcastle is a brilliant place to go for a drink or two, and the Geordies (locals) will love you and you will love them, if you can decipher what they are saying (accent + drink = ‘what the fuck did he just say?’). newcastlegateshead.com

Need to see more of the UK? Head to TNT Tour Search to book your next trip.