Outraged Robinson wrote a letter to Sainsbury’s pointing out its error in naming the blotchy loaf tiger bread when it, in fact, bears far more resemblance to a giraffe. 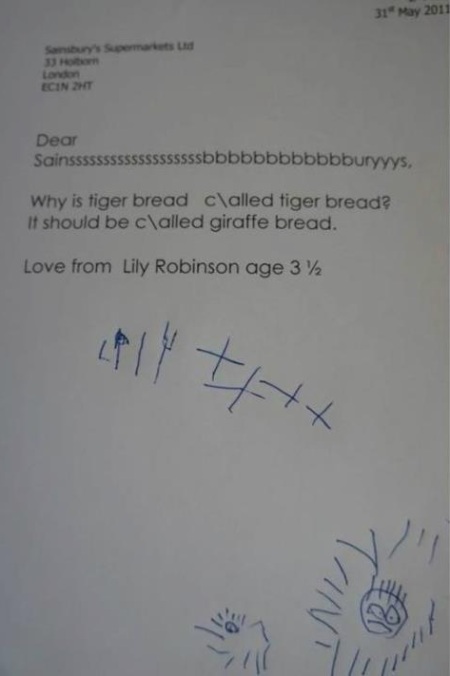 “I think renaming tiger bread giraffe bread is a brilliant idea. It looks much more like the blotches on a giraffe than the stripes on a tiger, doesn’t it?”

He continued: “It is called tiger bread because the first baker who made it a looong time ago thought it looked like a stripey tiger. Maybe they were a bit silly.” 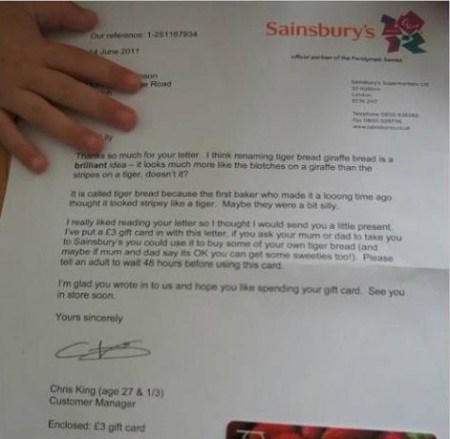 Chris King scores points for his sense of humour

Eight months later the page had 150,000 likes and, last night, the supermarket announced that the name of the loaf will be changed. As of today you can now snap up some giraffe bread to make your sandwiches.

Much though we hate giving a page of free marketing to Sainsbury’s,  we’ve got to take our hat off to Lily Robinson.

Getting Around Mid Wales

Heathrow boss gets no Christmas bonus

The Green Machine aka Creme Soda