Tim Minchin: finding the dark side of the tune

Hunched over a grand piano with exaggerated dark-eye makeup, his long hair lathered with hairspray and splattered in a thousand different directions, the only thing Australian-British comedy legend Tim Minchin seems to be missing is subtlety. Well – and shoes. He takes the stage, giving the impression of a semi-deluded yet incomprehensibly classy nerd-turned-rockstar, and strikes a polite enough C-major chord before proclaiming, “Praise be to magic-Woody-Allen-zombie-Jesus!” to a crowd roaring with laughter.

But Minchin’s memorable image is just an embodiment of his unique and outspoken manner of performing. The eccentric Perth-born performer is a rare combination of musician and comedian who keeps his audience moving to the beat whilst laughing their heads off at his blunt and unapologetic wordplay.

Since the early 2000’s he has successfully built a name for himself by treading the line between satire, theatre and genuine music. He is also well-known for producing passionately critical material with a million punch-lines per minute.

He says his appeal to his audience is about striking the right balance between the enthusiasm for music and the emotional trigger of theatre.

“I think the most gratifying type of performance is when the audience is locked in and you can manipulate them, have a conversation with them and rely on them to listen if you want to have a rant. To get all those laughs out of challenging material is brilliant.”

The outlandish singer-songwriter/comedian will return to Australia to perform at Sydney’s Homebake Festival for the first time, promising a classic rock and roll gig filled with not-so-classic Minchin ingredients – blunt sarcasm, hilarity, and some healthy ranting thumped out just hard enough to strike fury in the hearts of conservatives everywhere.

As such, critics are divided over his unique performance style. On one hand, The Guardian describes him as an ultimately intelligent artist stating, “Funny songs are hard, but Minchin succeeds because he is relentlessly inventive.”

On the other, The Telegraph chalked his outspoken lyrics up to “schoolboy irreverence.” 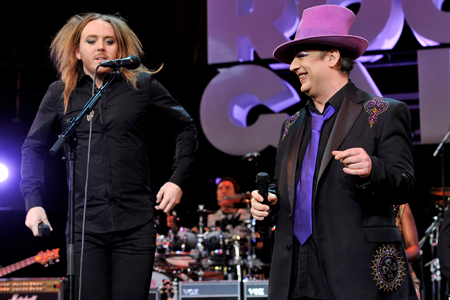 But Minchin insists he doesn’t read the comments and certainly doesn’t aim to shock. He’s simply sure of the things he sings about, and has subsequently gained a large following of like-minded individuals.

“I get frustrated when people find my stuff controversial if they haven’t properly listened to it. When I’m sure of something, I write them in ways that are thorough.

“I’m cautious to make sure my arguments are clear. I’ve had people say I’m just a trendy, lefty atheist and it’s like, if you’ve got something to say, rise to the challenge and form a counter-argument.

“The Pope Song, for example, seems like a blur of swear-words but if you listen, it justifies itself entirely.”

As a staunch self-proclaimed atheist and skeptic, Minchin has constantly remained passionate about the issue, namely his disbelief in the correspondence of religion and rationality. A lot of his well-known material revolves around his critical stance on religious adherence, which he believes can be wrongfully used in attempt to justify injustice.

“People whose beliefs are not formed with evidence are not going to be talked out of them with evidence. You’re arguing in a completely different language, but I just find it sad – and it angers me – that people make moral choices and judge people based on non-evidential belief systems.”

For the Homebake Festival, Minchin intends on being less intimate and more upbeat and energetic. He insists that he’s completely obsessed with making sure people are going to have a good time, and is a huge fan of festival audiences.

“These outdoor gigs are more simple fun. We have such a good time and walk offstage completely sweating and pumped.

There’s a critical mass of laughter that can just make the show take off – usually it’s having the right amount of drunk people, or the girl in Row B, Seat 4 with the really addictive, charming laugh.” 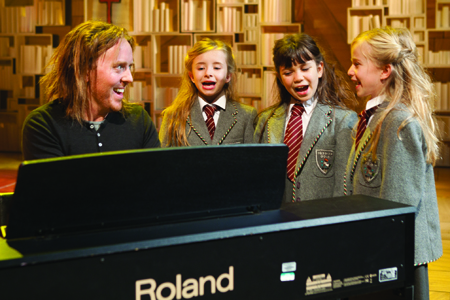 The freedom and flexibility in structuring his various shows represents a man who has come a long way from the small solo comedy gigs he began developing in 2002 in Melbourne.

He won the inaugural Festival Directors’ Award for his first break-out show Dark Side in 2005, became one of the Edinburgh Fringe’s most successful ever debut acts, and has since appeared in scores of festivals around the globe making a solid name for himself.

As of today, he has performed sell-out shows all over Australia, has become a favourite at various UK festivals, and has performed on over a dozen TV shows across Australia, the UK and the US.

He has released four successful live albums, three DVDs, and has worked as a stage actor and scriptwriter for various plays, most notably writing the music and lyrics for Matilda The Musical for the Royal Shakespeare Company in 2010.

On his career, he says, “I’m incredibly grateful for all I have. I’m getting older and I’m still playing in pubs which is incredibly pleasing. I’d have been a very happy person if I’d just been a theatre composer or a lyricist. I was actually trying to be an actor when I first moved to Melbourne – but I just love this. It’s really freeing – I’ve just found my way into everything I wanted.”

Ultimately, Minchin promises an entertaining show whether or not his audience is familiar with him. He goes above and beyond the standard rock gig, producing performances fused with the intellect, outspokenness and non-stop comedy gold that has kept him turning heads for years.

“I want the audience to be there to have a good time, to be relaxed, to take what they’re offered. They’re not there to bring their own judgment. They come with me on my various rants – it’s really just like theatre. They’re up for a good time but ready to be emotionally affected.

“This is the stuff we love – high-octane, unapologetic wanking-on musically. It’s the most pretentious, ridiculous, comedy rock gig you’ve ever seen.”

London music festival: Field Day at Victoria Park on May 25