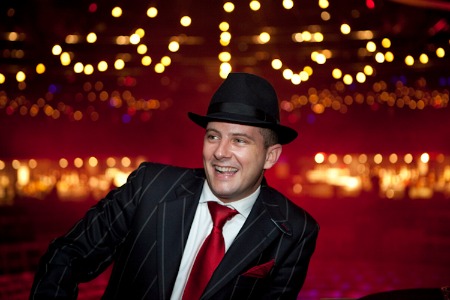 Tell us a little about La Soirée…
How to describe La Soirée! We’re a dysfunctional family of cabaret performers, new burlesque, circus sideshow and contemporary variety. When you enter our magnificent Spiegeltent on Southbank we promise that you’ll leave all your trouble at the door and be swept away with a night of thrills!

What can we expect?
To be amazed, astonished and aroused by the best performers in the cabaret world! This winter we have some of our old friends like The English Gents, Mooky and Mario Queen of the Circus joining us and we’ve also been joined by neo-cabaret aerial artist Bret Pfister, the gorgeous Yammel Rodriguez and motorcycle-riding Melanie Chy.

You’re an Aussie in London. What do you miss most about Australia, when you’re away?
We have now played six winter seasons in London which inevitably means that as temperatures cool down here, Australia’s are starting to soar! Nothing can really beat an Australian summer. I also recently purchased an old picture house in Brunswick Heads on the Eastern NSW coast and there is no doubt that some of my time here in London will be spent fantasising about renovating it and working on it. We hope to reopen the Picture House’s doors in early 2016.

What’s the first thing you do upon landing in London?
Usually it’s to head straight to the venue to get the show ready for opening night! Also, whenever we come back to London, I always stay in the same apartment, a lovely, cosy flat right in the heart of Covent Garden with everything at my doorstep. Working six nights a week on the show, it’s a little haven to which I return home. 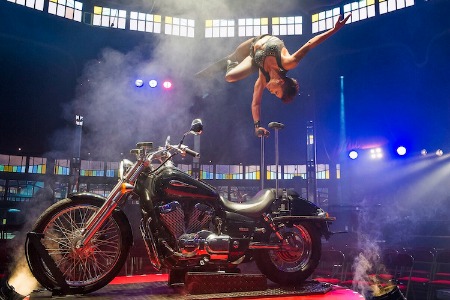 La Soirée has toured more than 25 cities, from Darwin to Manila, stopping off at Hong Kong, Melbourne, Montreal, Paris and New York along the way. Do you have a favourite?
It is very difficult to choose. The audiences in every one of those cities just mentioned have been amazing and the show has ignited in each of those places. People everywhere in the world have really embraced this show. It’s pure escapist entertainment and allows audiences to leave all their troubles at the door, watch a group of artists at the top of their game doing extraordinary things and walk away feeling like they’ve experienced something a bit unreal. They walk away feeling like they’re now part of this little dysfunctional family.

When did you first know you wanted to be a performer?
I grew up in a beach town called Moonta in South Australia and the school I went to had a very healthy drama program, along with a very inspiring drama teacher. However, it didn’t take long for me to decide that acting wasn’t for me. After spending a few years in London in my early twenties, I landed back in Australia and held a number of jobs managing venues, working Box Office for festivals, running club nights. I first encountered the Famous Spiegeltent in 2000 and fell in love with the beauty and history of this old antique tent and that was when I decided to run away with the circus! And from there, this little show with a big heart was born.

Do you read reviews of La Soirée?
I do and I admit it’s hard not to. We have been incredibly fortunate to have received some wonderful reviews for the show (and especially this London season in particular). This is a variety show which means that audience members and reviewers all have their own favourite cast members and acts, and draw different experiences from the show. One review might read completely differently to another, and there would be merit in both.

Any advice for budding performers?
Perhaps it’s best that I quote one of the performers, Mario, Queen of the Circus, who says in our show: “Try and try again. Keep trying. Try to try better but don’t try too hard as no one likes a try hard.” But in truth, what I feel works for our show is that each of the artists has succeeded in making a connection with the audience. The skills, as world class as they may be, come second to the character and the bond you create with the audience. 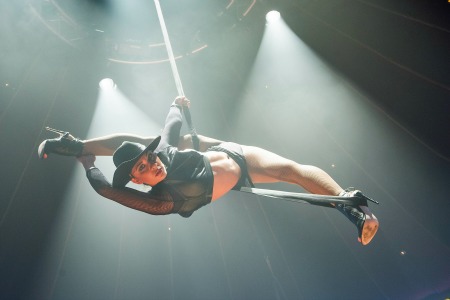 What’s next for both you and La Soirée?
After 11 years, La Soirée is still going strong touring the world and picking up a few awards on our way. We’re thrilled that after all these years, we still get to go on stage and do what we love to do and then have people stand up and cheer and scream. As long as audiences continue to be entertained, we’re happy to keep coming back! I also created a new show called “Club Swizzle” which had its world premiere at the Sydney Opera House in January 2015. It extended its initial season to ten weeks and opened to rave reviews. We then took it to Brisbane Festival and we are now about to open it in Adelaide Festival Centre in December. Having two shows now on the road keeps me busy! 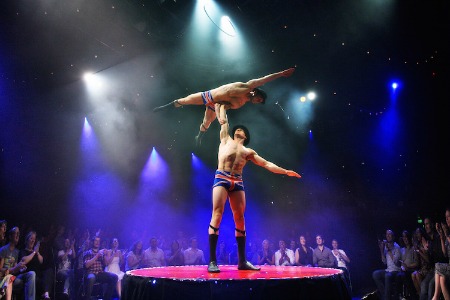 Any message for your UK fans?
London has been very, very kind to us over the years. It’s amazing to think back to us opening at the Hippodrome in 2008 and to be recognised with an Olivier Award! Unbeknownst to us, we took an age-old format and created this little show that just took off at a time when ‘variety’ and ‘vaudeville’ were dirty words, and when London entertainment guides didn’t even have ‘Cabaret’ sections or listings. It’s been incredible for me and for our family of performers to see audiences flock back to the genre year after year and I’m proud of the role La Soirée has played in that. London audiences have really supported and taken to the show and I never take that for granted.

12 facts you didn’t know about Cambodia