Earlier this month Australian Sam Griffiths came from fifth place to win the Badminton Horse Trials. It was a fantastic win and a career defining moment for the Aussies rider.

He’s heading to the 2014 World Equestrian Games in fine form, and with a bit of an edge.

TNT was delighted to get a few minutes with him…

How do you rate your chances, personally, at the games? I’d give myself a reasonable chance. Badminton was an unusual competition in the respect that the cross country was so influential, but word on the street is that the World Equestrian Games will be a really tough cross country and if that’s the case it will really play into the hands of my horse. So yeah, if it is a tough course I think I have a reasonable chance and I’ll be quite hopeful about it.

Looking forward to competing with the best of the best? Any time you go up against the best in the world, particularly at the World Equestrian Games where people come from all over, you really are going toe to toe with everyone. I’m very much looking forward to that.

So you think the Badminton win could give you a bit of an edge going into the games? Very much so: a lot of the leading contenders, including the number 1 and 2 riders in the world were there, both of them on their best horses, so to beat them has given me a lot of confidence – and coming off the back of winning one of the biggest events in the world does make me feel confident. I’ve still got to put in a lot of preparation and a lot of work and really hone my skills even further but yes, I’ll be feeling confident.

And just what did that Badminton win mean to you? Was it a dream come true? I’ve been knocking on the door for a few years and for me it is very much a dream come true. I grew up in Australia and as a kid we always used to watch the highlights videos so when I first rode at Badminton that was a dream come true in itself. Competing there and then winning it is amazing.

Why did you decide to go into eventing? I got into it growing up. It’s a bit of a family sport and I have two other brothers who do a bit of eventing, so we’d go off as a family and compete. It wasn’t until my early 20s that I decided to take it up as a career. I went and worked for Matt Ryan who was an Olympic Gold medallist himself and learnt the trade there for a few years. That is when I started eventing professionally. It was never like, ‘right, I’m going to be a professional tomorrow’. It was something I grew into.

What’s your funniest horse moment? I guess there have been a few, but one that stands out was also one of my earliest. The very first pony my parents ever got for me had arrived and I’d never really ridden but my brother had. So he decided to show me how to ride the pony and jumped on and rode around. When he stopped the pony shivered and shook and he fell off it, which we found really funny because he had fallen off while showing me how to ride!

Who is the person that inspires you the most and why? There have been various people over the years that have inspired me for different reasons. Within the sport there is the great New Zealand riders Mark Todd and Blyth Tait that were both champions and really inspired me. I’m also very keen on the cricket and I always really admired the Australian captain Steve Waugh just for his steeliness as a competitor.

What would you do if you didn’t work with horses? That’s a bit of a tough one! There are a couple of things I could of done I guess. I was always a very keen cricketer and I’ve always liked sports so I’d like to have been involved in cricket some way although I don’t think I was quite good enough to play at an elite level! I also half fancied trying to do a legal degree but I was never quite clever enough at university to get the marks to do that. They were the two things I toyed with but I had a real passion for the horses and really enjoyed doing it so that’s why I stuck with eventing! 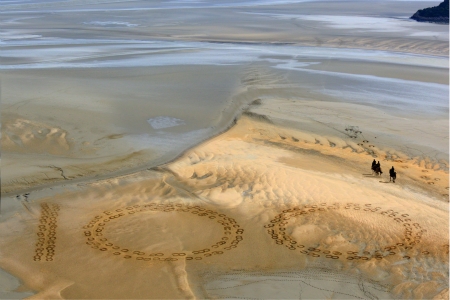 Images via Getty/FEI on edition

Pisa, Italy: Beyond the Leaning Tower