That’s three good reasons to avoid a place that labels itself “Locombia” (The Mad Country), but I’d heard that as long as one avoids the lawless Amazon areas and sticks to the Andean backbone running between Cartagena and Pasto, travel in Colombia is a safe and rewarding experience. I’d heard wrong.

I’d been horse-trekking through the coca-filled hills of San Agustin when I boarded a bus to Pop‡yan near the Ecuador border. Sure, I had a crate of chickens crapping on my lap and, yeah, the flue from the onboard furnace was spraying lethal carbon monoxide fumes in my face, but I was a man, tough and proud, leaving Colombia unscathed after a month of overland travel.

As I settled into the seat of my last Colombian bus ride, I picked up my guidebook and read: “The road from San Agustin to Popayan is controlled by guerillas, be sure to fly.” Mierda.

I read about the country’s most notorious guerilla group, the FARC, who controlled 40 per cent of Colombia through their violence and kidnapping and I suddenly became nervous. In a country where a cup of coffee costs three cents and an ill-timed tango can cost you your life, I had no wish to become another kidnap or murder statistic.

I peered anxiously through the window as the road snaked through lush green valleys where the only signs of life were the abandoned machine-gun nests camouflaged by the mist-draped pines. We had travelled 140km in six hours on a road with more skid-marks than asphalt, when the bus started to slow. 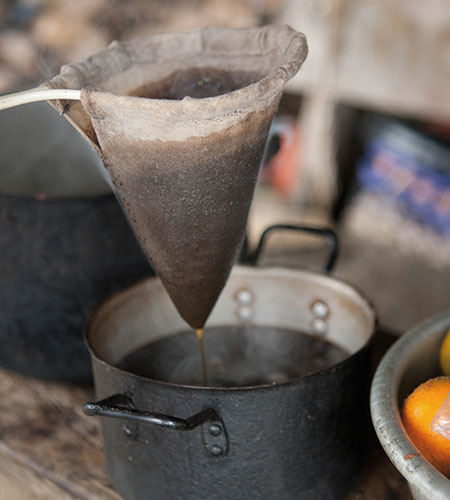 We hadn’t passed a village, hut or vehicle for hours, and there were none here now, so why were we stopping? I looked out of the window to see the driver pleading with a group of scruffy degenerates who sported army fatigues and gumboots, and dripped with heavy ammunition.

Their belts were studded with hand grenades and machine guns dangled from their necks. Being so well armed I assumed they were soldiers, but instead of the tricolour of the Colombian flag on their biceps, “FARC” was written in bold, black letters. The FARC were holding up my bus.

A nervous silence spread throughout the passengers as a monstrous black guy with a microphone afro and Jules Winnfield facial hair boarded the bus, the butt of his machine gun lodged firmly into his hip. I instinctively pushed my bag under my seat (he’d never think of looking there) and tried to look as Latino as possible, but Ricky Martin I am not and I glanced up to find Jules towering over me, rubbing his thumb and fore finger together and grinning maniacally like a child pulling the wings off an insect.

It was a relief he wanted money, not souls, but even with the barrel of an automatic weapon held to my temple, my Scottish blood rose to the surface and I dragged a meagre 4000 pesos ($2) from my pocket. He held it up, laughing, and headed to the back of the bus to collect more bounty with a look that said “I’ll be back.” 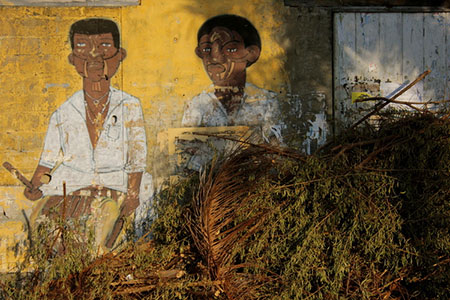 That Got His Goat

He stopped, towering over me, and raised an eyebrow as he prodded my bag with the barrel of his gun. Everything I owned was in there: my passport, my credit cards, and six months of travel photos. I couldn’t give it up. I had to think fast. My mouth flapped soundlessly for painful seconds as I struggled to produce a lie, then suddenly, without thought or reason, I bleated.

After a four-year university education, the best I could do was to suggest I carried a goat in my locked Adidas day bag. But it worked! Whether through shock, relief or sheer disbelief, the bus erupted in nervous laughter.

Jules was caught off-guard and although heavily armed, he was outnumbered and vulnerable, smelling of damp dog and looking rather, well, sheepish. Gripping his meagre haul in his non-trigger fingers, he flustered his way down the muddy steps of the bus to the safety of his guerilla chums, as we skidded away to the racket of screeching tires and a chorus of bleats and cheers.

A journey through London’s music history