Tomic does it tough, Stosur cruises, but both Aussies are through to round two at Wimbledon

Tomic took the first two sets in tie breakers before Querrey, seeded 21, fought back to level it up winning the next two 6-3 and 6-2.

The 20-year-old Aussie needed to take a medical time out in the fourth set. “I think I was very dizzy, I felt very bad and just wanted to sit down,” he said on court.

He recovered though and just as both players were looking comfortable on serve, Tomic found a few gems to force a break, then serve out the match.

A win was the best way to forget the off-court dramas which have plagued Tomic, from relationship breakdown to trouble with the law for driving offences and his father’s ban from major tournaments for butting his son’s hitting partner. 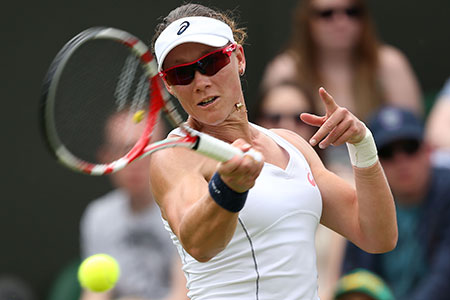 It was no such tussle for Australia’s only female representative, Samantha Stosur, as she breezed past Slovakian teenager Anna Schmiedlova 6-1, 6-3.

After some disappointing performances in grand slams since winning the US Open in 2011, and an admitted aversion to grass, Stosur said she was playing without stress.

“This year I feel better, I got over the French Open and for the first time I got over it and I didn’t bring it onto the grass,” she said.

Secondcity has a unique pan Atlantic outlook on house music