To help lovers of travel and cinema choose which city they should explore first, Opodo has named its list of ‘Top 10 Movie Moments in Iconic Cities’, alongside with a video clip for each scene:

1.     Lexington Avenue and East 52nd Street, Manhattan, NYC: The Seven Year Itch
Billy Wilder’s 1955 classic captured the famous scene (and timeless photo) where Marilyn Monroe’s white dress is blown up by a subway, revealing a glimpse of her underwear. Very risqué at the time!

3.     Tiffany & Co. on 727 5th Ave, NYC: Breakfast at Tiffany’s
Holly Golightly has the answer for the best hangover cure… a spot of window shopping at daybreak with a danish and coffee in hand. Another Audrey Hepburn classic movie moment is the ice cream eating scene on the steps of Trinità dei Monti, Rome, in “The Roman Holiday”.

4.     Venice High School, 13000 Venice Blvd, LA: Grease
Best known as Rydell High School in the ‘Summer Nights’ of 1978 from the popular musical Grease, this was also used as the location for many other movies such as American History X, TV shows like Glee and several music videos including ‘Baby One More Time’ by Britney Spears.

5.     Katz’s Delicatessen, 205 E Houston St, NYC: When Harry Met Sally
This is the iconic café where Meg Ryan’s ‘Foodgasm’ over a pastrami sandwich became a Hollywood phenomenon. The comical quote “I’ll have what she’s having” was later used for a shampoo advert. 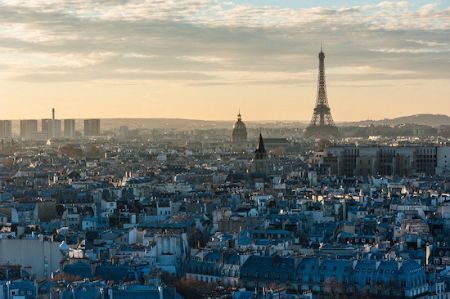 6.     Café des Deux Moulins, Montmartre, Paris : Amelie
Stroll in the footsteps of Amélie Poulain and linger at the famous café where the heroine works. This fabulous art-house film by Jean-Pierre Jeunet put the Montmartre district on the map, but also Paris… the movie was filmed in over 80 locations, can you find them?

7.     Chhatrapati Shivaji train station, Mumbai : Slumdog Millionnaire
The last scene of the 2008 Oscar-winning blockbuster Slumdog Millionaire was filmed inside this stunning station which is listed as a UNESCO World Heritage Site. When in Mumbai you should also check out another key filming location for this film, Dharavi, one of the largest slums in the world.

8.     Grand Olympic Auditorium, NYC: Rocky
One of the last known major boxing and wrestling arenas from the golden eras, this location was made famous in Sylvester Stallone’s Rocky and Million Dollar Baby. Don’t forget, “life’s not about how hard of a hit you can give…it’s about how many you can take, and still keep moving forward.”

9.     Quality Café, 1236 West 7th Street, LA: Catch Me If You Can
This popular diner has seen countless A-list actors including Brad Pitt and Vince Vaughan (Mr. and Mrs. Smith), Denzel Washington and Ethan Hawke (Training Day), Nicolas Cage (Gone in Sixty Seconds) and Gwyneth Paltrow (Seven) to name a few. It was so popular with Hollywood clientele that it ceased trading in 2006 to become a fully-fledged filming venue. Now great for celebrity spotting!

10.  Cafe Debussy, 6 Rue Cesar Franck, Paris: Inception
How do you know if you’re awake, or dreaming? Now renamed IL Russo, the terrace of this café is where Leo DiCaprio explains the complex world of dreaming to Ellen Page right before she wakes up! 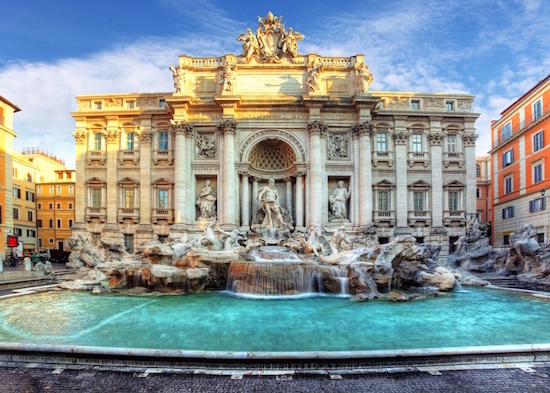 The “Cities in 8mm” guide also reveals popular celebrity haunts in each city and the most famous movie hotels to visit, including the luxurious places where legendary actors stayed during filming.

The Queen costs each person in Britain 52p a year – bargain?

Gig of the week – Orbital at the Royal Albert Hall