Top 5 UK tidal islands: From the otherworldly Eraid to the spooky Mersea

The UK is home to 43 of these surreal places, which are not considered part of the mainland, nor are they strictly islands. Connected to the shore by natural or man-made causeways, they are only accessible at low tide, meaning visitors have to stick to strict timetables to find them (and avoid being stranded on them).

The isolation of these seaside sanctuaries means many of them remain natural havens of flora and fauna, largely untouched by the heavy hand of industry and tourism. Their remoteness also lends them an air of mystery and enshrines their place in local folklore. 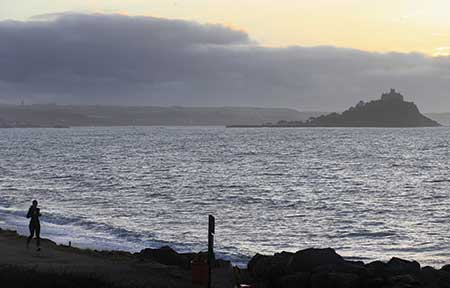 St Michael’s Mount in Cornwall definitely has a fairytale appearance – in fact it looks a lot like The Hobbit homeland The Shire. St Michael’s Mount rises out of the sea, enveloped in green vegetation and with a medieval castle perched atop.

The craggy island stands just 400 yards off the coast of Cornwall, but it is believed the Mount used to be five or six miles from the sea and was once enclosed in a thick hazel wood.

Something of a multipurpose venue, the Mount’s 12th-century buildings have served as a priory, a fortress, a place of pilgrimage and finally a private home for the St Aubyn family since the 17th century. The seafront cottages on this tiny island are still home to more than 30 islanders, whose jobs range from boatman to guide.

Should you get bored of exploring the castle’s nooks and crannies you can admire the gardeners who have to abseil the steep granite cliffs to tend to the island’s subtropical plants.Make sure you check out the island’s tidal timetable online to find out when it is accessible on foot.

Mersea Island is definitely not a place you’d want to get stranded – the ghost of a Roman centurion is said to suddenly appear in car headlights when visitors are driving back across the connecting causeway.

But don’t let that put you off. The island is famous for its native oysters (which you can try at The Company Shed restaurant), open grasslands and the wild beaches of Cudmore Grove Country Park. 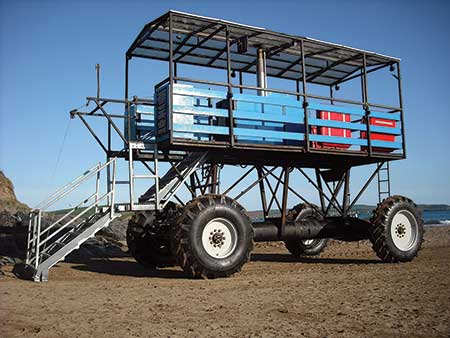 Home to just five buildings, the island of Burgh is dominated by the eponymous art deco hotel, built in the Twenties. The isolated setting inspired writer Agatha Christie, who used it as a backdrop for two of her detective novels.

Those arriving at high tide can hitch a lift to and from the hotel on the local sea tractor. If the thought of heading out on this seafaring contraption worries you, have a tipple first at the island’s 14th-century local, The Pilchard Inn. 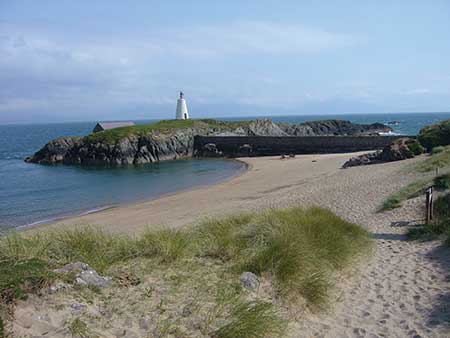 Named after the Welsh patron saint of lovers, Dwynwen, Llanddwyn means “The church of St Dwynwen”. Local folklore says the saint retreated to the island to live life as a hermit, after being unlucky in romance.

Pilgrimages were made to her holy well located near the church, the ruins of which can still be seen today. Visitors can also see the island’s lighthouse, rolling dunes, sheep, wild ponies, mudflats and salt marshes, as well as views of Snowdonia. 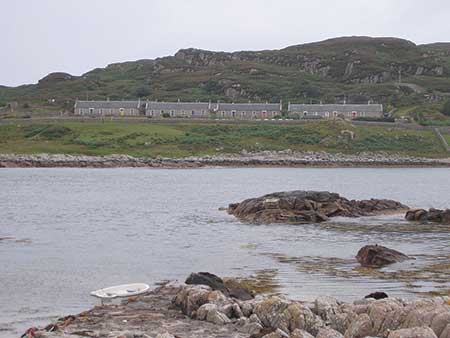 If the name Erraid alone doesn’t conjure up images of an otherworldly isle, the small spiritual commune that lives here will. Part of the Findhorn Foundation, the Erraid Community invite guests to join them for a week or more to join in group meditations, festivals and help with island jobs.

Don’t fancy the spiritual side? You can use a two-bedroom cottage as a personal retreat, and spend your days cruising to the nearby isles of Staffa and Treshnish to visit the puffins instead.

Figuring 8 things to do in the capital this week

Michelin moola: There’s good money to be made working at London’s poshest restaurants