Top 5 war monuments: From the Arc de Triomphe in Paris to Martyr’s Statue in Beirut, discover the world’s greatest monuments

But that shouldn’t stop you appreciating some of the greatest monuments in the world, which pay tribute to truly epic feats of bravery and endurance.

Seeing a country’s memorials gives a fascinating insight into its history, values and culture, as well as being a moving reminder of the lengths soldiers go to protect their loved ones.

Go and be inspired – we promise we won’t test you on the dates when you get back.

The Motherland Calls, or Mother Motherland, is well off the typical Russian tourist route in Mamayev Kurgan, a hill overlooking the southwestern city of Volgograd (previously called Stalingrad), but it is a striking example of a monument that captures the fervour of battle in one stunning figure.

The Motherland Calls was the largest statue in the world when finished in 1967, measuring 82m high, but has since been outdone by numerous colossal Buddhist monuments.

The statue is part of the Stalingrad Memorial, which commemorates the Battle of Stalingrad in 1942-43.

This bloody conflict was one of the deadliest in history, with an estimated two million casualties.

Mamayev Kurgan’s hilltop was a strategic location because it provided elevated views of the city, and was the site of particularly fierce fighting, with control switching between Soviet and the Axis forces many times before the Soviets prevailed.

Constructed out of concrete, the statue weighs 7900 tonnes and has started to lean significantly, shifting a worrying 20cm since it was originally built.

Conservation works began a few years ago but experts say if it moves much further it will collapse – so watch out for the point of Mother Motherland’s mammoth sword.

If you decide to visit, you should also watch where you step as it’s said fragments of shrapnel and bone from battle can still be found on the ground. 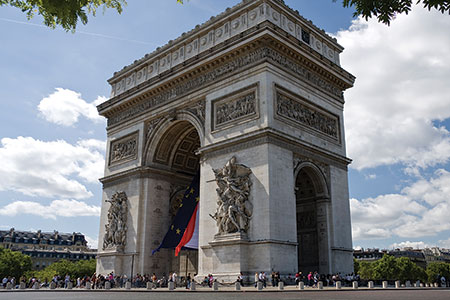 You know it’s a big deal landmark and may have snapped a picture of yourself standing under it, or seen it as the Tour de France comes in to the finish.

Got no idea what it represents, though? Well, located at the centre of Place Charles de Gaulle, at the western end of the Champs-Elysees, the iconic 49.5m arch is a tribute to those who fought during the French Revolution and the Napoleonic Wars. 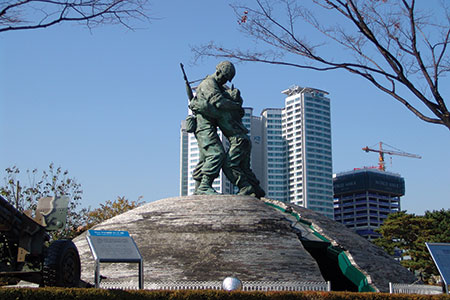 The Statue of Brothers is at Seoul’s War Memorial of Korea and shows a Republic of Korea officer embracing a younger North Korean soldier.

A plaque outside reads: “The crack in the dome stands for the division of Korea and the hope for reunification.”

Surprising, considering relations between the countries.

Inside the dome are iron chain links that represent a bond between North and South. 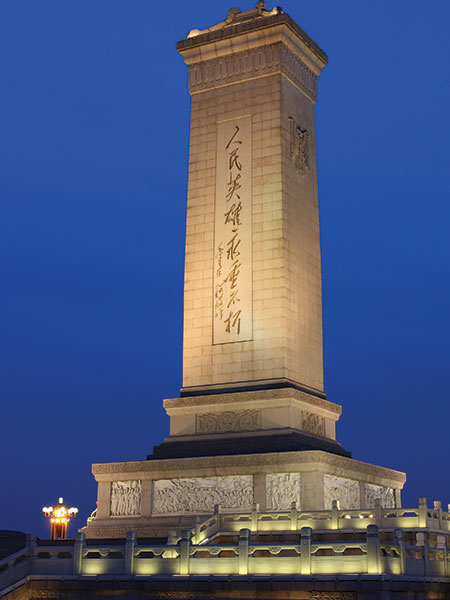 Beijing’s Monument to the People’s Heroes is a 10-storey obelisk dedicated to those who lost their lives in many of China’s revolutionary struggles.

The centrepiece of Tiananmen Square, the monument has eight panels across the base devoted to significant events in Chinese history including revolts against the British and Japanese.

Since it was completed in 1958, it’s also been the site of several violent protests, including the horrific 1989 clash between students and soldiers. 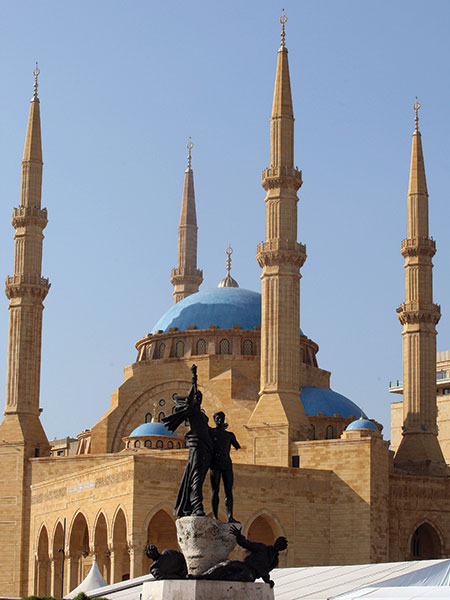 The Martyrs’ Statue in Martyrs’ Square, Beirut, was originally built in honour of six Lebanese nationalists who gave their lives in World War One during the Ottoman occupation.

Now the iconic statue has come to symbolise the destruction of the Lebanese Civil War because it’s riddled with bullet holes made during the conflict, and one of the figures is missing an arm.

Flags and posters are still draped over it whenever there are protests today.