From pickled animals at an abandoned veterinary school to creepy catacombs where the walls are lined with mummies, Faith Norris from lowcostholidays gives us the lowdown on the most bone-chilling, stomach-churning and darn right bizarre attractions found across the globe.

Ever wondered what it’s like to be cremated? Well, thanks to China’s newest (and possibly weirdest) attraction – the death simulator – now you can experience it first-hand! The Samadhi 4D Experience of Death is a morbid game, allowing players to experience death and, if you fail a particular challenge, a fake cremation. Stuffed into a coffin and loaded in to a faux cremator, hot air and light projections simulate a cremation before you’re reborn through a womb-like capsule. The founders of this attraction, Ding Rui and Huang Wei-Ping, carried out extensive research to make the experience as realistic as possible, even going through a real crematorium with the flames turned off! Cremation awaits 50% of Chinese citizens after death and the founders say realism is essential to provoke participants into thinking about life and death. 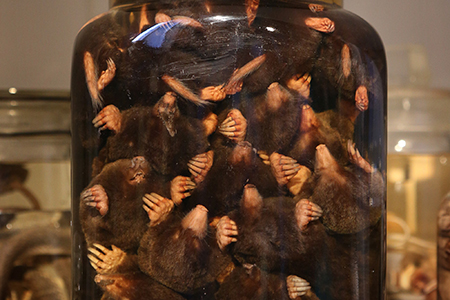 Once a thriving educational institution, years of neglect has turned this veterinary school into a dusty, abandoned shell with shelves full of jars of partially preserved animals. Most specimens are slowly falling apart, and even the formaldehyde liquid preserving the body parts has begun to evaporate and turn yellow with age. Spread over 19 Flemish, neo-Renaissance-style buildings, the abandoned school is often compared to Dr. Frankenstein’s lab and frequently called the Horror Labs. As it’s pretty common to come across unusual items such as the head of a calf joined with the leg of a cat, there’s little wonder why such a nickname has been created. Amongst the stench of rotting flesh and chemicals, there are timeworn text books and old slides scattered about the place too, making it feel just like a scene straight out of a horror film. 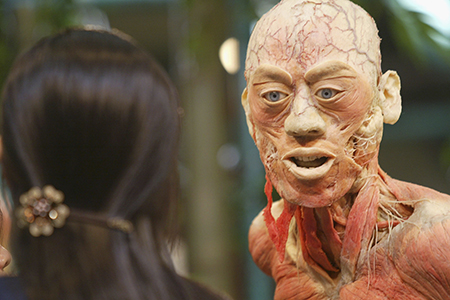 At this exhibition you’ll be able to gawp at 13 whole bodies and 250 organs. The polymer preservation process is a revolutionary technique in which human tissue is permanently preserved using liquid silicone. All water is removed from the specimens before veins are injected with silicon to make a mould of the human form. The end result is a detailed view of the muscular, nervous and circulatory systems. A whole body can take up to a year to prepare, which really shows off the scientific genius that these preserved bodies are subjected to. The exhibition can be found at the Luxor Hotel and Casino down the Las Vegas Boulevard. 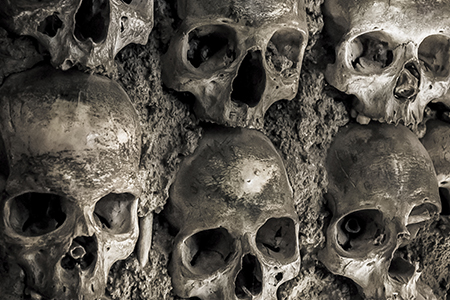 Found on the outskirts of Palermo City, the Capuchin Catacombs were constructed after the death of Silvestro of Gubbio, a famous 16th century monk, and are home to the remains of around 8,000 mummies. The practice began after the monks discovered a mysterious preservative that helped to mummify the dead within the walls of the catacombs. The preserved bodies, which range in date from the late 1500s to 1920s, are dressed in their best clothes and are either lying in a coffin or hung from a hook by their necks. You’ll find dark corridors upon dark corridors of ghoulish skeletons with empty eye sockets and peeling faces, and corpses of children and babies, lying in tiny coffins. This human library is certainly not for the fainthearted. 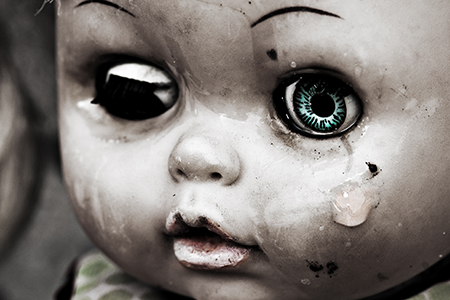 Known locally as La Isla de las Muñecas, this eerie island is covered with limbless, headless dolls; hanging from trees, scattered on the ground, attached to stakes – they’re everywhere. The island was once property to a local farmer, called Don Julián Santana, who witnessed a little girl drown in the canals surrounding the island. He thought the girl’s spirit haunted the island, so he began collecting dolls and adorning the place with them to protect himself. There are now around 2,000 pairs of creepy dolls’ eyes watching everyone who visits. Don Julián Santana passed away in 2001 and his cousin, Anastasio, now owns the island and claims the dolls come alive at night. “They will move their heads and whisper to each other. It’s very spooky, but I have gotten used to it”. Do you believe him? Why not visit Mexico and see for yourself?

Are you brave enough? Has curiosity got the better of the cat? Will you be visiting any of these creepy attractions? If you’ve experienced these for yourself or you know of others that should have made the cut, lcomment below.

Golborne Road, London – things to do in the capital

Three of the best events during London Cocktail Week

Politics, media and the body explored in Wiener Library exhibition The Nazi Games