For most people, Jamaica conjures up images of reggae, rum and a thoroughly relaxed vibe. There’s no doubting that this is a fair portrayal of this easygoing country, but that’s by no means the whole picture. There is so much more to Jamaica, with a unique character and distinct cultural heritage that sets it apart from other Caribbean islands.

The connection to Africa remains firmly rooted in the Jamaican psyche, with many of the traditions surviving to this day. Out of Jamaica’s cultural melting pot came the Rastafarian movement and, later on in the 20th century, reggae. The legendary Bob Marley is, of course, synonymous with this musical genre and visitors will find plenty of Marley memorabilia and tributes throughout the country. For an insight into his life, head to the Bob Marley museum (bobmarley-foundation.com/museum), based in his home and recording studio in Kingston.

The island could also claim to be the birthplace of Britain’s not-so-secret secret agent, James Bond. Most of 007’s adventures were conceived and written at Ian Fleming’s home, Goldeneye, now a hotel (goldeneye.com). In fact, Jamaica features heavily in Fleming’s stories, with Bond visiting the island in Live And Let Die and at least four others. Movie buffs might also like to take a trip to James Bond beach, used in the filming of Dr No.

Jamaica is home to some fantastic diving spots around Runaway Bay and Ocho Rios. Magnificent stretches of stunning sands and tiny fishing villages dotted along the coast offer a glimpse into the true heart of the island. Nature lovers should make a beeline for the wetlands for the chance to spot endangered crocodiles and manatees.
For a unique way to experience the country and its culture, it’s a great idea to stay with a local family rather than visiting the resorts that make up the majority of Jamaica’s accommodation options. The tourist board can help organise this. Oh, and did I mention the jerk chicken? It packs a hot punch here.

The Dominican Republic is the archetypal Caribbean island with its clear waters, white-sand beaches and year-round sunshine.

Perhaps that’s why it is the most visited Caribbean country. There’s also plenty to do here, from whale watching to some of the best surfing in the Caribbean. What’s more, you’ll get bang for your buck, so you can enjoy yourself without burning a hole in your pocket. 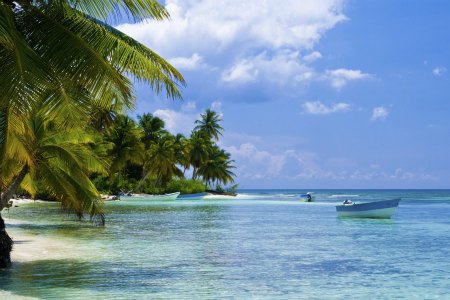 Puerto Rico seamlessly fuses elements of Latin and Caribbean culture with a contemporary and cosmopolitan American-inspired outlook.
Spectacular beaches and colonial sites abound, while reggaeton (Latino hip-hop) and salsa provide the musical backdrop. The Spanish and English-speaking island is also home to some gorgeous natural landscapes, including El Yunque rainforest and a million-year-old cave system in the northwest. 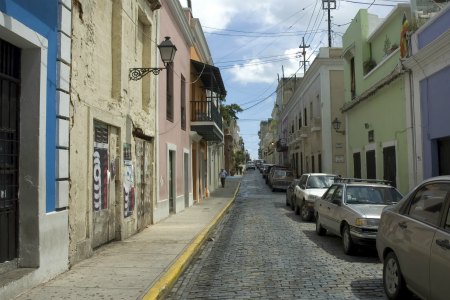 With no direct international flights, Dominica has managed to ward off the mass tourism market, giving it an undiscovered feel.
Fantastic mountain treks, numerous waterfalls, ancient forests and great snorkeling combine to give Dominica its well-deserved moniker “The Nature Island”. Boiling Lake, reached via a day-long hike through the Valley of Desolation, is a ghostly body of water sitting on top of molten lava. It is one of the country’s greatest draws. 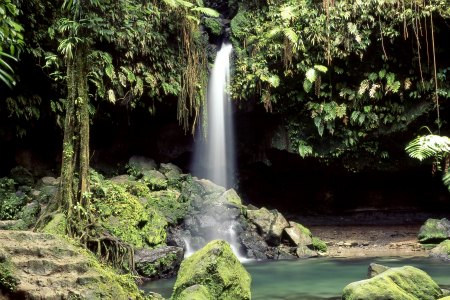 After the earthquake of 2010, Haiti has been on a slow road to recovery. There are plenty of opportunities to get stuck in and help rebuild the country, much of which still lies in ruins.
Plenty of NGOs and governments are still working tirelessly to help the hundreds of thousands of people affected by the earthquake. In spite of the tragedy, locals remain fiercely proud and welcoming. Spanish forts, colonial cities and beaches still rival most other Caribbean islands. 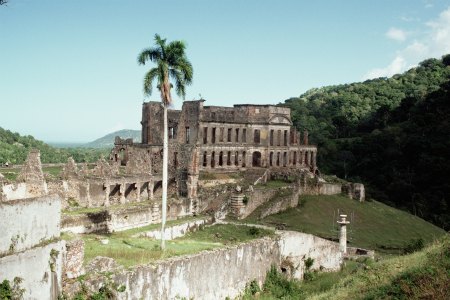