Well don’t fret, because we’ve got this one licked. Some of Europe’s greatest breaks offer the best of both worlds, and are just a couple of hours away by plane. Here are our top picks.

The Catalonian capital is probably the most obvious choice for the best of cosmopolitan city living and beach-bumming, and with good reason. Stuffed to the gills with sublime art, architecture, gastronomy and nightlife, it’s also a gorgeous seaside destination, with golden beaches stretching along the Mediterranean Sea.

City slicker: Don’t miss the La Sagrada Familia church, an incredible feat of creativity that is still being built more than 100 years after construction work first began. You could spend hours absorbing its decorative details. Las Ramblas is also a must-see, a chaotic central boardwalk crammed with tarot readers and street artists, while the epic Le Boqueria food market pulses at its top. Veer off the tourist trail to Carrer de la Riera Baixa for vintage boutiques and second-hand record shops, and plenty of cheeky beer-stops.

Beach bum: Millions of sun-seekers pile on to Barcelona’s beaches come summer. The busiest is Platja de la Nova Icària, where you’ll find scores of beautiful people catching rays and sinking drinks. A series of beaches spread northeast from the Port Olímpic marina, so have a wander if you’re looking for
a calmer spot. There’s a small nudist section at Platja de la Mar Bella, if that’s your bag. Barcelona’s got fierce competition for most stunning seaside city with Dubrovnik in the mix. This walled urban sprawl on the Adriatic Coast boasts a near-unbeatable blend of artistic tradition – marble streets, baroque buildings, stone-carved churches – and neon-blue waters lapping at its shores.

City slicker: A stroll along the city walls – built between the 13th and 16th centuries – gives chest-swelling views over the Adriatic and its islands, and Dubrovnik’s magnificent
old-world architecture. Also, check out the Rector’s Palace,
a captivating example of 15th-century opulence.

Beach bum: You can admire Dubrovnik’s rising medieval walls and towers from white-sand beaches hemmed by that unbelievably blue Adriatic. Or, if you’re ready to expend a little more energy, try a kayaking tour of the city walls. Paddle along dramatic cliffs and take in the same view of Dubrovnik that approaching sailors and invaders have for centuries.  adriatickayaktours.com With its volcanic landscape, palm-fringed boulevards, and pristine sands sidling along the Mediterranean Sea, the sight of this southern Italian city is breathtaking. It also offers
up a dizzying array of experiences for every kind of traveller, from sexy beach clubs and chic shopping, to shabby markets and tough hikes up nearby Mount Vesuvius.

City slicker: The historic city centre is a World Heritage Site with a wealth of treasures to discover. We particularly like the Palazzo Donn’Anna, derelict but beautifully so, built out over the water and smack-bang next to a beach. It’s not open to the public, but makes essential snapping.

Beach bum: There are plenty of sandy stretches to choose from, so sample a few. The most scenic are bordered by the big blue on one side, and black volcanic cliffs decorated with bright houses and tumbling greenery on the other.
Flight time: About 2hrs 40mins from London. This French city on the Mediterranean is, at first look, your classic picture-postcard deal; cocktails and parasols are par for the course. But stray from the seaside and you’ll find
a warren-like old town, Roman ruins, major art collections and a world-class nightlife scene.

City slicker: Wander the winding lanes of the old town
and soak up the atmosphere as flower sellers flog their wares. Then swing by the city’s myriad art museums for
your fix of Monet, Warhol, and more in between. Spend
your evenings in clubs and bars to suit every hedonist,
from Latin grooves to bohemian-jazz and big-name DJs.

Beach bum: There’s an array of free pebble beaches with lifeguards and showers – perfectly suited to a few hours/
days of lazing. If you don’t mind paying a fee, Nice has
15 private beaches with bars, restaurants, changing rooms and loungers. 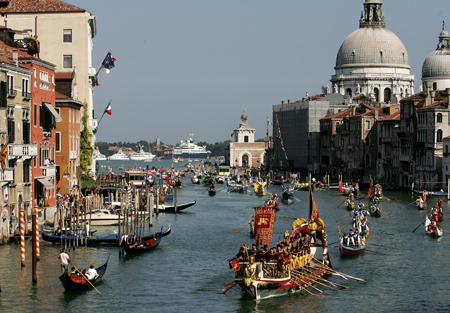 Think of the floating city and what comes to mind is water, not beaches. But skip over to Venice Lido, an 11km-long island just minutes from the tourist hordes at St Mark’s Square, and you’ll find two huge public beaches bordering the Adriatic Sea.

City slicker: Shady courtyards, tiny alleys and gondola-strewn canals are as picturesque as you could possibly hope for. The sight of this city on the water takes some beating.

Beach bum: Over at Venice Lido, sandy beaches take up about half the Adriatic side of the island. The majority are private, hotel-owned stretches, but there are free beaches at the northern and southern ends. Best of all, most holidaymakers are busy rushing around the city with no clue that a relaxing haven lies just moments away, so you can soak up the sun with a particularly smug smile on your face.

Royal Wedding: Kate Middleton admits she is nervous about the big day

‘I will kill them myself’, husband claims