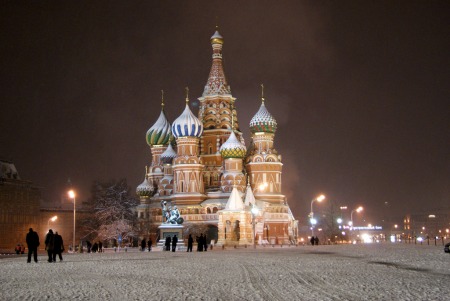 That’s right, the Russians. Bundle yourself up in a heavy fur coat. Invest in an ushanka, those famous Russian hats with the earflaps that keep your noggin nice and toasty (they also offer nearly as much protection as a helmet if you slip on the ice and bash your head).

Then drink a few fiery shots of vodka with every meal and you’re all set: warm and half cut. What better way to spend a day sightseeing in the snow, eh?

Muscovites themselves aren’t fazed by the cold. Even in the depths of their winter, which plummets to as low as -10°C in January, you’ll still see the streets packed with shoppers and the parks full of people taking leisurely afternoon strolls, everyone navigating slippery patches of ice without so much as a casual glance downwards.

In fact the only places that aren’t as crowded as usual, you’ll be pleased to hear, are the tourist sights.

Take your time wandering round St Basil’s Cathedral, the Kremlin and Red Square and snap plenty of pictures of Moscow’s most magnificent buildings adorned in snow.

When you’ve finished with the conventional sightseeing you can join the rest of the city’s hardy residents in more wintry pursuits. Ice skating on the 15,000sqm rink at Gorky Park is the quintessential Moscow winter weekend activity.

Or you could visit the Gallery of Russian Ice Sculpture, which contains carvings of animals, literary heroes and scenes from Russian fairytales.

Had more than your fair share of shivers now? Visit Moscow’s most famous banya to warm up again. The Sandunovskiye Baths are part bathhouse, part social club and have separate sections for men and women. 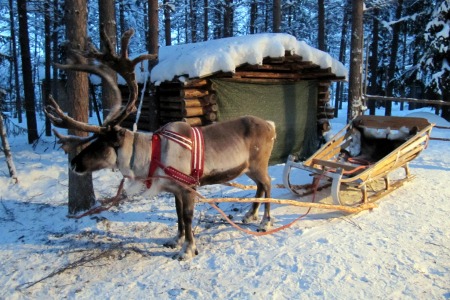 Bear and other wildlife might disappear during the winter months, for a season spent snuggling away in hibernation. But not reindeers.

They’re happy being out and about in Finnish Lapland’s forests, despite the chilly -30°C temperatures.

The cold months are the best time to get up close and personal with these hardy beasts, so go for a reindeer-driven sleigh ride in the Arctic Circle. A 2 1/2 hr safari is priced at about £150pp. 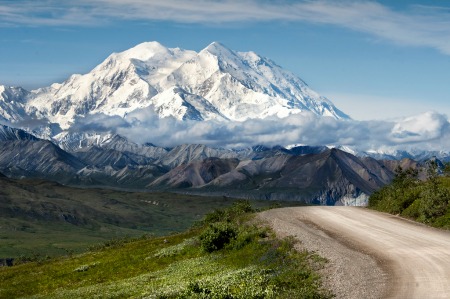 The highest mountain in North America, Denali aka Mount McKinley is only tackled by the most ambitious high-altitude climbers.

Its location near the Arctic Circle means it has some of the most ferocious weather in the world (the coldest recorded temperature here was -73°C).

Want to take it on? You’ll need to start saving. Alpine Ascents run three-week treks that cost a wallet-worrying $7,900pp. 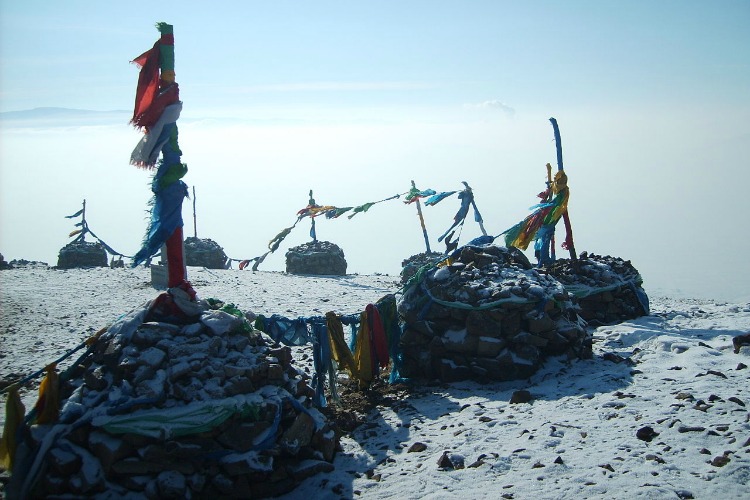 Winter conditions in Outer Mongolia are brutal, with average winter temperatures dropping to a bitterly cold -20°C, and even lower.

The way to stay warm is to sleep in a ger, which is a large, circular tent covered in felt and cotton and strapped with ropes.

Inside, a hot stove and lots of heavy blankets keeps it surprisingly warm, even when there’s deep snow on the ground.

You can test them out for yourself from £24 with Mongolia Ger Camps. 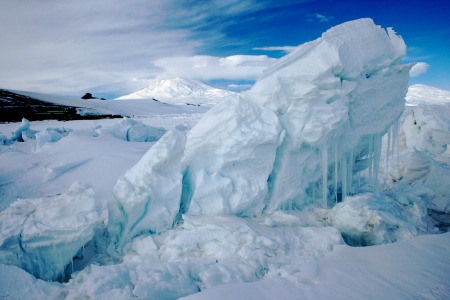 East Antarctica isn’t human-friendly. The coldest place on Earth, at around -60°C during the chilliest months, it’s almost entirely covered in thick, permanent ice. But you should still go.

Apart from the bragging rights of having braved such a climate, other perks of a trip include seeing the Emperor penguins which breed in the coldest months, huge icebergs off the continent’s coast and the impressive Mount Erebus.

Three of the best coffee tasting places in London

‘Nick Griffin is an idiot,’ claims gay couple at the centre of Twitter row