Ever since glamping became a buzz phrase, yurts and tipis have been all the rage. But we’d wager that not even the most pimped-out yurt could compete with the chaotic creativity of The Beer Moth, a converted 1956 fire truck.

Parked up on the sprawling Inshriach Estate in Aviemore, Scotland, it is the bemusing brainchild of Walter Micklethwait. Wild-smiled Walter is the kind of man who just can’t stop building things – he also rents out a homemade bothy and yurt on his land; his farmyard is scattered with the props he creates for film and TV (skulls, signposts, a huge hamster wheel); and there are cars from every era parked on the few spare patches of space (it took him eight years to build the MG from scratch).

The Beer Moth has been a labour of love. Walter liberated it from the Manston Fire Museum in Kent and it took four days – and a catastrophic petrol bill – to drive it home to the Cairngorms on b-roads.

Once installed at the estate, Walter set about constructing his masterpiece. The back of the truck is now a characterful living space assembled from an eclectic assortment of odds and ends – underfoot, you’ll find an oak parquet floor pilfered from an old Tudor mansion, and a discarded fire escape forms the staircase.

Thanks to the wood-burner, you should feel comfortably cosy in the Victorian double bed with brass knobs, even though the back wall was once part of the doghouse.

If you should wish to get out of the truck for a breath of fresh air (though if you do, you’ll probably just spend the whole time taking endless pictures of your bizarre homestead), there’s loads to do around Aviemore. Walter will probably coax you into a few ales down the Old Bridge Inn – a great pub with fab food and local live music – and one of the UK’s top 10 cake shops is right next door. Then there’s the river tubing, rafting, mountain biking, zip lining and gorge walking in the surrounding Cairngorms National Park.

It ain’t our number one for nothing. 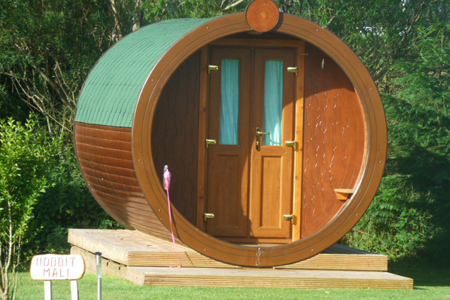 Ever fancied sleeping in a wooden cylinder? Who hasn’t! The hobbits at The Willows campsite in Abersoch, Wales, are 16ft-long, fully insulated pine-panelled tubes. It kinda feels like sleeping in a hollowed-out tree trunk – if that tree trunk had plug sockets, electric lighting and a kettle. Owing to the flammable nature of this abode, there’s no cooking permitted inside, but you get a barbecue with your plot. Sorted. 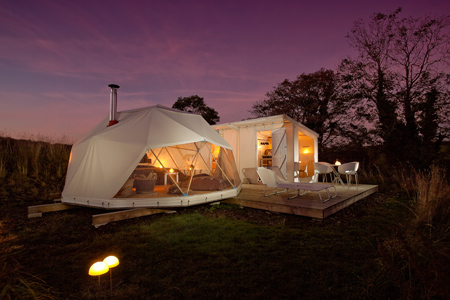 The Geo is the slick sophisticate of glamping. The futuristic white dome has a private kitchen and bathroom tacked on, and decking out front for sunbathing. Inside is sleek and modern, with double bed, beanbags, and windows at the foot of the bed that look out over the moor.If you can tear yourself away from this pod of perfection, remember you’re in Cornwall – which means mountain-climbing and surfing aplenty. 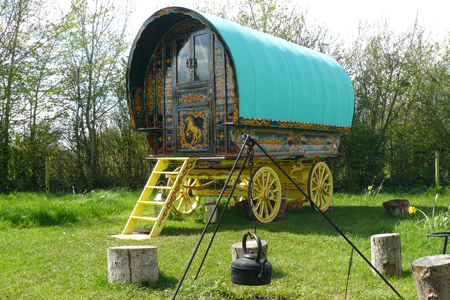 Gypsy caravans look super-cool anyway, but this one comes with a slice of quaint English history. It featured in the Seventies TV series Enid Blyton’s Famous Five, then was left derelict in a bramble patch until Martyn Harris got his hands on it and fixed it up.
Now sitting pretty on a cider apple orchard in rural Pitney, Martyn supplies you with eggs, sausages and a jug of local farmhouse cider to get started, and then you’re on your own. Enjoy! 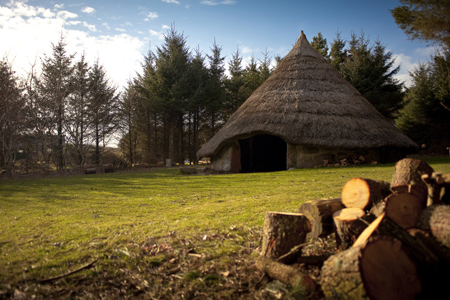 When it comes to eccentric historic buildings, castles and windmills are so last season. Snuggle up instead in this Iron Age Roundhouse, with stone walls and conical thatched roof. Squirrel yourself away in this romantic bolthole, with four-poster
bed, and feel like you’ve escaped to a different time entirely. There’s even a hammock strung up in there if you fancy varying the locations for canoodling. The Roundhouse is also close to great surf and moors if you want to get outdoors.

Be a part of The Walking Dead at Thorpe Park