Outdoor events in London this summer

Movies on the Lawn

The legendary summer film series is back with a trio of specially selected movies to be screened in Fulham Palace Gardens. Keep checking the website for updates.

This summer, there’ll be lots of chances to soak up some of the Olympic buzz. Screenings of the Olympic and Paralympic Games will be happening in Hyde Park, Victoria Park and Trafalgar Square. Hyde Park will show coverage of every Olympic medal event and while the ticketed opening and closing ceremonies are happening, the spectacles will also be screened in Victoria Park. Vicky Park is also going to be home to sports sessions anyone can take part in. Trafalgar Square will be taking over for the Paralympic Games with screenings and try-it-yourself sessions.

Have a slice of affordable fine dining in the great outdoors (well, a London park). For the four-day event, chefs from London’s best restaurants, including Gaucho, Maze, Asia de Cuba, L’Anima and Le Gavroche will be dishing up their finest fare for an alfresco feast. Sample starter-sized tasting plates and signature dishes from Michelin-starred restaurants, starting at under a fiver.

The Regent’s Park Open Air Theatre, an old favourite, is now in its 80th year. It’s keeping things pretty low-key, thanks to the Olympics, but is still hosting two major productions. On the bill will be the contemporary musical, Ragtime, which follows three families separated by race and destiny at the turn of the 20th century. And then there’ll be the Shakespeare classic A Midsummer Night’s Dream.

The group behind some pretty exciting summer night cinema trips, The Rooftop Film Club (pictured above), is even having a Best Of British season at The Roof Gardens in Kensington. Coming up, there’s The Queen on June 4 and rom-com Wimbledon on 10. or the ticket price of £25, you get a tasty fish or burger and chips dinner. There are also directors chairs to relax in and blankets are on hand to keep you toasty.

Curious: An Art Trail In A Cemetery

West Norwood Cemetery was the most fashionable in the country, and a hive for Victorian tourists. This summer, it is the home of works by 26 artists who were inspired by the site’s Gothic aesthetics.

Hats at the ready for two days of horseracing (Ladies Day first, then Derby Day). Get there at least an hour before the races to place a bet – pick a horse with a silly name and you might get lucky.

A fruity take on a sports day by Innocent Smoothies – with peach volley ball and cycling in a melondrome.

With rock on Saturday and Jubilee proms on Sunday, plus comedy, arts, a funfair and Shakespeare readings in a maze. 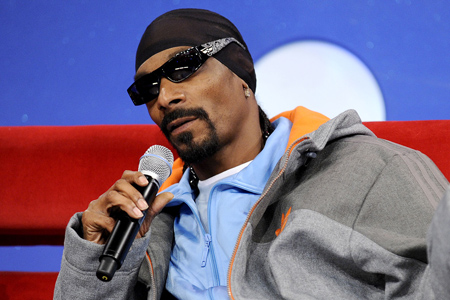 The festival usually happens in a holiday camp, but it’s getting promoted to a much cooler venue – the never-before-used London Pleasure Gardens. The gardens are a pop-up space, from the brilliant minds that created the beautifully hedonistic debauchery zone Shangri-La at Glastonbury. And it’s got a line-up to back it up, with (take a deep breath) Snoop Dogg (above), Richie Hawtin, Steve Reich, Orbital, Flying Lotus, Gary Numan, Ricardo Villalobos, Nicolas Jaar, Robert Henke’s Monolake, Jeff Mills, DOOM, Joy Orbison b2b Jackmaster, Four Tet and a hell of a lot more. Get your party on.

You don’t have to be green fingered to like this one – the show exhibits fresh, modern and innovative design. The cutting-edge displays get quirkier every year – whether that’s with references to far-flung climes or eye-popping architecture. Look out for plenty of nods to this year’s Olympic Games, as well as Queit Time: DMZ Forbidden Garden, designed by Jihae Hwang, mirroring Korea’s Demilitarized Zone (DMZ) and Trailfinders Australian Garden – a modern luxe outdoor living space.

Amid the Georgian beauty of Bedford Square, the lovely people behind The Chap will be hosting Britain’s most eccentric sporting event. Described as a true“celebration of athletic ineptitude and immaculate trouser creases”, the day of posh events ranging from the normal (afternoon tea, cocktails) to the bizarre (butler baiting, umbrella jousting, shouting at foreigners) stipulates a strict dress code of elegant finery, military wear, formal wear, dandy wear and no denim or sports clothing, except cricket whites. Take Heed.

This year, London’s hosting World Pride. Taking over Soho, it’s going to bigger and better than the capital’s usual LGBT celebration and parade.

Get patriotic and take to the streetsto celebrate Liz’s 60th year on the throne. Events are happening across London for the entire bank holiday (hello, four-day weekend), but Sunday 3 June is the big day. The Queen will be heading up a river pageant of more than 1000 boats – both historical vessels and modern passenger boats – so grab your space along the Thames to watch. One of the largest flotillas to ever hit the river, it starts at Battersea Bridge at 2pm and will float along to Tower Bridge to disperse to West India Docks by around 6pm. Worth making the effort for.

Whether you’re just into looking at art or want to snare yourself a bargain, this is the arty place to head this summer. Admire pieces from established artists like Tracey Emin, Sir Peter Blake and Polly Morgan or snare a piece from an up-and-coming talent from just £10. It’s worth it just for a look – all the artists will be there in person, selling their wares from the boots of classic and vintage cars. And there’ll be food stalls from St John Bread & Wine and Nude Espresso. Other confirmed names are Bob and Roberta Smith, Jessica Albarn, Pure Evil, DavidDavid and Pamm Hogg.

Celebrate all things green in the great outdoors, with live music, DJs, speakers, exhibitions and plenty of market stalls.

Treatment of the week – Njavarakizhi

Cricketer Shane Warne bitten on the head by a snake