Instead, you’ll find glittering, light-flooded palaces, glowing Buddhas, intricately carved dragons and much more, all shaped out of ice cut from the nearby Songhua River’s frozen surface.

The Harbinese have taken what is otherwise, let’s face it, a slightly tacky and dated form of expression and party decoration to a whole new level using high tech lasers, dramatic lighting and a hefty dose of outrageously brilliant and over the top creativity.

The exhibition is open from mid-December to February, but the 2013 festival formally launches on January 5.

The main draw for visitors is Ice and Snow World, where you can wander about or take a tram past replicas of iconic buildings from across the globe and other full-scale monuments.

Previous festivals have included sculptural tributes to London’s Tower Bridge, the Arc de Triomphe in Paris and an icy version of Moscow’s Kremlin.

This is definitely a visit best paid after dark, when the snowy structures are illuminated by colourful lights.

The annual festival began in 1963, and was inspired by a fisherman from the 17th century who is said to have hollowed out ice blocks to protect his candles from Harbin’s fierce winds.

You can see some decorative examples in the festival’s Ice Lantern Park.

Given the romantic aesthetic of the setting, it was inevitable that the ice fest would become a popular wedding destination, and in recent years groups of couples have joined for ceremonies, donning heavy coats over their bridal finery to get hitched among the stunning sculptures.

Temperatures drop to -30°C here during the winter, so plan your wardrobe carefully and limit your time outdoors – not even the giant frozen Sphinx is worth getting frostbite for. Fest tickets are £29.50. 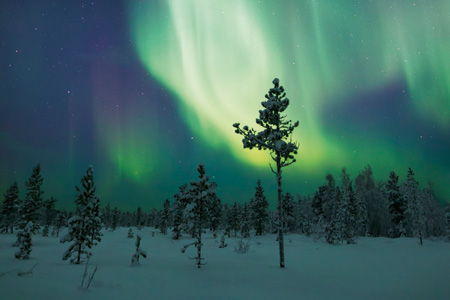 Camp out in the snow, book a hotel room with an illuminated view, take a trek – do whatever you’ve gotta do to see aurora borealis this year, as the lights are expected to be the brightest and most intense in half a century.

Abisko has some of the clearest skies in the region and its Aurora Sky Station has a viewing platform, reachable by chairlift, that gives you the best chance of seeing this spectacularly coloured sky. It costs £62pp. 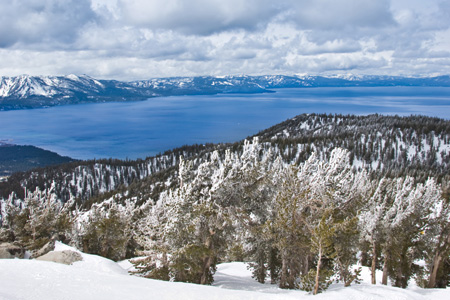 The cold, clear waters and snowy scenery of Lake Tahoe are appreciated best from Fannette Island, while nursing a Thermos of hot tea.

You can take a kayak from the south shore to this, the lake’s only island. A quiet, pristine destination, it’s the perfect place to roam forests, gaze at the snowy Sierra Nevada Mountains and breathe in the crisp clean winter air. 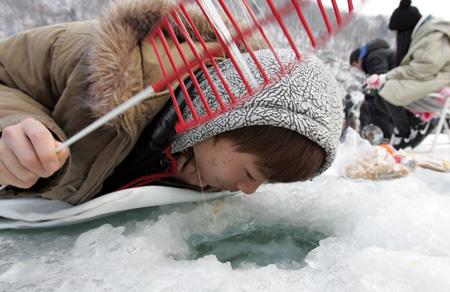 A million Koreans and tourists hotfoot it to the Hwacheon Sancheoneo Ice Festival each January for an ice fishing extravaganza in a 150m-wide frozen river running up to snowy mountains.

Here, it’s possible to reach through small holes in the ice and grab the mountain trout with your bare hands.

But if you prefer not to spend a holiday groping around for wet fish, you can also go ice skating, sledding, play ice football and try a host of other wintry activities. Fishing passes are about £6. 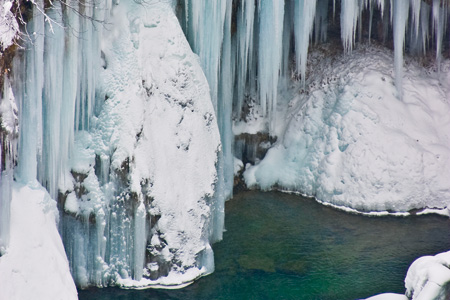 Frozen waterfalls, ferociously spiky icicles and eerily blue-green waters – Plitvice Lakes have all the ingredients for an atmospheric winter adventure.

Each of the lakes in the area has its own local legend, but particularly adventurous travellers can head to Gavan’s Lake, where the treasure of an old fisherman supposedly sits at the bottom.

But given how bone-chillingly cold the water is at this time of year, you’ll probably be just as happy for it to stay down there.

Other traveller reviews on Belgium

Five reasons to go to County Clare and Limerick, Ireland