Arsenal’s new man, Mesut Ozil from Real Madrid, fits the big for the quality the Gunners manager said he would have to find to justify adding to his squad, although he wasn’t the big-name striker many expected.

Ozil undertook a medical in Munich where he’s on duty with the Germany side, before signing off on a £42.4m move – the most expensive sale from Real Madrid of all time.

The La Liga giants had to off-load some big earners after finally unveiling their world record signing of Gareth Bale after the deal went through on Sunday.

The Welshman’s move has been the talk of the summer and 20,000 fans turned out to greet him at the Bernabeu to watch him do the traditional ball juggling – he was underwhelming and later admitted to nerves. 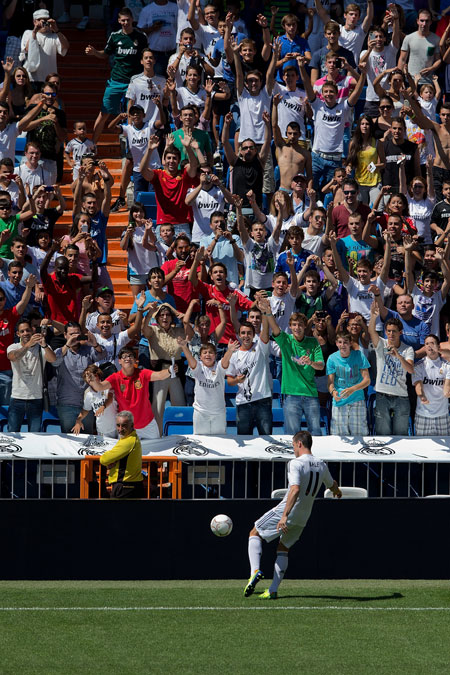 Most of the big-name action happened up north however, as Everton lost their big-haired star midfielder Marouane Fellaini to their former boss at United for £27.5m just inside 11pm. 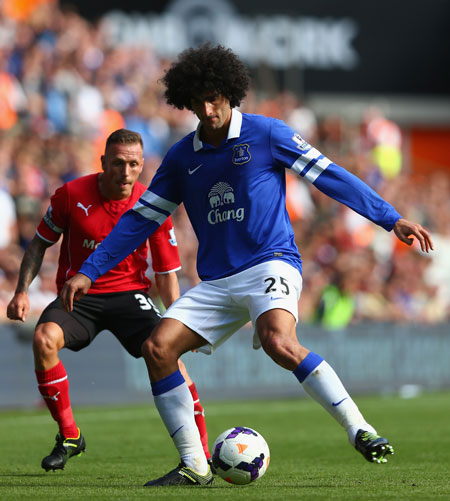 Roberto Martinez, who replaced Moyes, won’t be too upset by the deal after bringing in some significant talent for the year from Chelsea (Romelu Lukaku) and Manchester City (Gareth Barry) and signed his former club Wigan’s star striker James McCarthy for £13m.

Moyes had also be targeting Everton’s Leighton Baines, along with prospective imports Fabio Coentrao and Ander Herrera, but missed out. He’ll be expected to make amends in the January window.

Liverpool had done plenty of business prior, but added Victor Moses on loan from Chelsea and central defenders Mamadou Sakho and Tiago Ilori for a combined pricetag of around £25m.

In other big moves at the final hour, Aston Villa signed Czech Republic striker Libor Kozak for £7m and West Brom picked up Stephane Sessegnon for at least £5m amd Victor Anichebe for around £6m

All in all, England club forked out £140m on the final day of this trading period, a large chunk of the new summer transfer window record of £630m.

Woman accused of faking cancer to pay for dream wedding

Places to get naked: top five