Q. Where’s the best place to go for a skiing holiday at Christmas time if you’re only a beginner and are on a budget?
Alison, via email

Christmas, skiing and budget are not three words that are often associated, I’m afraid.

While low-cost flights in Europe are reasonably easy to find, it’s the limited accommodation options and pricey lift passes that really sting you.

It is possible to save a few quid through package deals with operators such as Crystal Ski – there can be significant savings if you are flexible.

Also keep an eye out for resorts that offer first-timers’ deals. Cervinia in Italy, for example, offers discounted lift passes, while Alpe d’Huez in France is home to some free beginner lifts.

Look beyond the obvious ski destinations, too. The Bulgarian ski resort of Bansko, for example, might not have the choice of pistes or après-ski that the Alps can offer, but is a fraction of the price.

It’s also outside the Euro zone, so costs within the resort will be cheaper.

You should book right away if you have your heart set on skiing during the Christmas period, as all the best deals will be getting snapped up already.

But if you can arrange to take your holiday at another time, or at least not during the school break, you’ll save much more money.

The other benefit of going at another time, of course, is that if you go out of peak season the slopes will be quieter, which will make your first runs a lot less daunting. 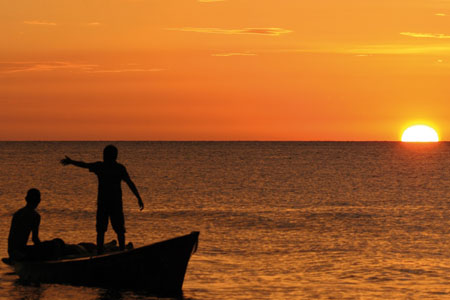 I’m planning a trip from Guatemala, along the Pan-American Highway to Colombia, and finally ending up in Venezuela, using public transport. Do you have any safety tips for travelling through Panama’s Darién Gap? Ross, via email

You should consider the Panama to Venezuela section of the route very carefully, due to the armed groups involved in the illegal drugs trade operating in the area.

I wouldn’t advise you to travel through the Darién Gap at all for this reason. Instead, you could travel to Panama City and then pick up a connecting flight to Bogota, thus missing out the Darién Gap altogether.

The Foreign Office advises against all but essential travel to the Colombian rural areas near Venezuela, but there is a safe and popular border crossing from Cúcuta, Colombia, into San Antonio del Táchira, Venezuela.

As a general precaution, keep up to date with issues in the area as regularly as you can. Also, avoid travelling after dark, keep your valuables on you and out of sight, and don’t carry large amounts of money around with you.

Generally speaking, you’ll find public transport in Central America can be chaotic and knowing at least a little Spanish is a necessity.

If you don’t, I would recommend looking into an organised tour, such as G Adventures’ Volcano Trail (£680 for 17 days taking in Costa Rica, Guatemala, Honduras, Nicaragua).