Away from the isolated hotbeds hit by turmoil in the past few years, there’s plenty of beauty to be found and good times to be had in this region full of natural and man-made wonders.

Sharm El Sheikh’s screensaver-worthy beaches are enough to make you want to trade in your day job and sell coconuts.

Dubbed the ‘City of Peace’, due to all the peace conferences held here, this popular holiday town on the southern tip of the Sinai Peninsula is a safe bet.

But to really understand why it’s one of the Arab world’s most touristy spots, you have to strap on an air tank and descend into the deep.

Beneath the surface of the Red Sea lives the weird and wonderful – more than 1000 species are found in these other-worldly, nutrient-rich waters.

Those with a fish fetish can add crocodile fish, lion fish and reef shark notches to their dive logs.

If you’ve seen them all before, you haven’t encountered Egypt’s bizarre sunken treasures, such as that at Yolanda Reef, where the cargo from sunken ship the Yolanda has been since the Eighties.

The SS Thistlegorm, a British armed Merchant Navy ship, is also nearby.

The 128m-long vessel was carrying torpedoes, machine guns and iconic BSA motorbikes on its final journey.

On a swim around the boat, you’ll find radios, rubber boots, debris and silty machinery.

This is one of the world’s most fascinating underwater museums.Don’t swim?

Hire a quad bike or dune buggy and tear up the surrounding desert dunes instead.

Tours leave daily from the Naama Bay area and zoom groups around on 11-hour missions across the rugged terrain. Sites include St Catherine’s Monastery.

Apparently, this is where Moses was given the Ten Commandments by god (not a bad claim to fame).

Entering its gated walls is like stepping back in time.

Find black-robed monks, rickety buildings and sixth century artefacts here. It has to be seen to be believed. 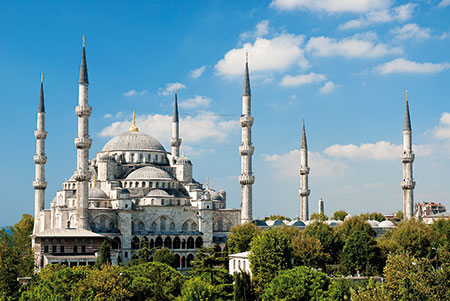 It’s hard not to be hypnotised by Istanbul’s daily call to prayer, Ottoman architecture and bubbling art scene – all making it one of the hippest destinations in the region.

Haggle for carpets at the Grand Bazaar or tuck into Ottoman-era royal cuisine at the Asitane restaurant (how about melon stuffed with mince and lamb stew?).

Wash it all down with a drink at Besinci Kat’s rooftop bar, lit with beautiful red lanterns. Bliss. 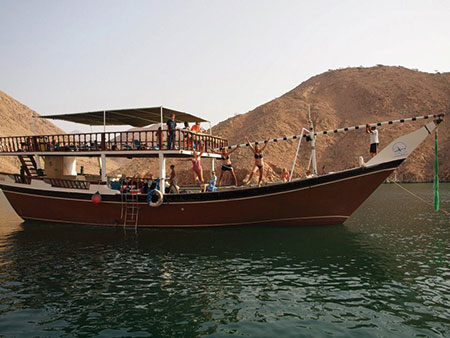 Traditional afternoon dhow trips can be booked for £42pp.

You could see dolphins in the wild, kayak into caves along the peninsula and go snorkeling.

If you are really lucky, you may even spot a friendly whale shark, reaching up to 14m in length, in its natural habitat. 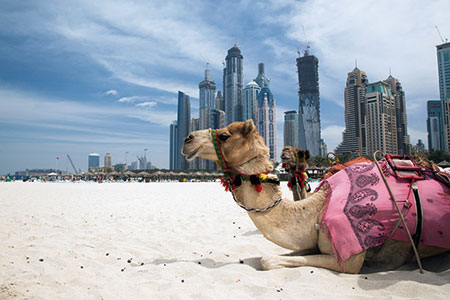 There’s ample opportunity to stuff your suitcases with fashion and bars of gold on a holiday to this billionaire’s playground in the desert. Any trip to Dubai is far from ordinary.

You may find yourself stroking penguins in a giant fridge (at Ski Dubai, Mall of the Emirates), sliding down one of the largest free fall water slides on the planet (at Wild Wadi Waterpark).

Or you could end up walking around the gaudy under-the-sea-themed Atlantis The Palm hotel. 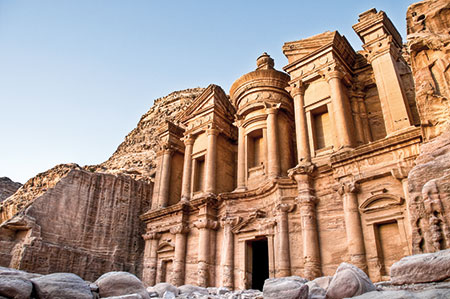 Nothing quite prepares you for the moment you clap eyes on the Treasury in Petra.

This mind-boggling creation sits in the vast untamed desert, and has done so for thousands of years.

Continue wandering through the ancient stone pathways and you’ll reach a clearing which opens out on to hundreds of intricate Bedouin caves, all etched into the mountains.

They come complete with windows, doorways and different rooms.

For a fee (negotiate there), guides will give you inside info.

Woman who ripped off a testicle jailed