Travel destinations: Top five mazes, from Hampton Court in England to Fortress of No Hope in Japan

There are places on earth where not even an iPhone, GPS or trusty old atlas can help you escape.

No, not the Northern Line at 8.30am, and nor are we talking about the remotest corners of less-developed countries, where (gasp!) there’s no wi-fi.We mean mazes.

Maybe you like them because of the sense of danger that comes with being trapped and lost at the same time, or maybe you’re hooked on the rush once you’ve cracked them.

Or possibly you just like to take a slow wander through while pondering their philosophical symbolism.

Hmm. No matter what the reason, you can’t deny that an adventure in one of the world’s top mazes is a total blast. 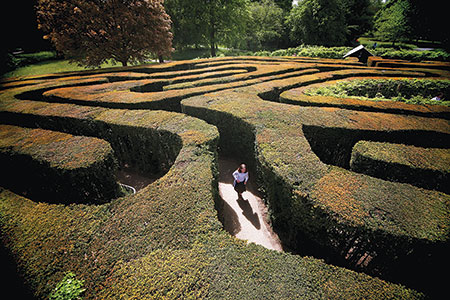 One of our all-time faves is very close to home at Hampton Court in Surrey. It was commissioned around 1700 by King William III and is the UK’s oldest surviving hedge maze, covering a third of an acre and with half a mile of paths in total.

Baffling twists, confusing turns and maddening dead ends are all part of the game here, as Hampton Court’s is a puzzle maze, unlike the single path mazes that used to be more popular in England.

In other words, it has a reputation for being fiendishly difficult to navigate.

If being stuck all by yourself in a seemingly endless series of pointless trails wasn’t enough headfuckery for you, an audio installation called Trance that was added a few years ago has only made the experience all the more surreal.

The installation was inspired by the concept that mazes are traditionally places of clandestine meetings and saucy goings-on.

So hidden sensors in the maze walls trigger mysterious audio clips, which are designed to taunt and mislead lost wanderers. Turn one corner and you’ll hear a rustle of skirts, or you might be tempted down another path by snatches of conversations and a peal of spooky laughter.

Could it be the most fun you’ve had or the stuff nightmares are made of? You decide. 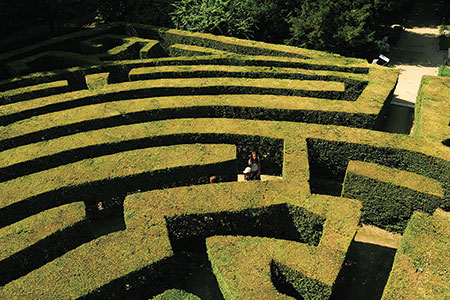 According to legend, the terror of this maze overwhelmed even infamous dictators Hitler and Mussolini.

When the pair met at the maze, neither would venture inside because they were so afraid of getting lost.

Where’s the fun in that, guys? Made up of 12 concentric circles, this maze is said to be the world’s most complicated.

At the centre, a guide stands on a spiral staircase to give directions to those who are struggling. 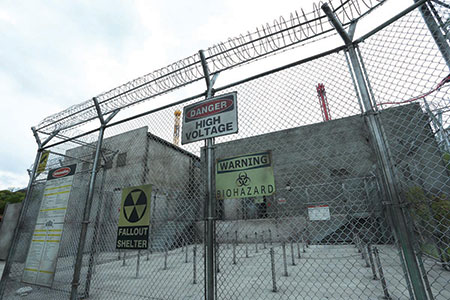 3. Fortress of No Hope, Japan

The walk-through building, rather than a conventional garden maze, has innumerable doors, halls and rooms that become more complex as the path progresses.

There are hidden clues to find and the video game-style setting is designed to test memory, stamina, logic, and, of course, luck. 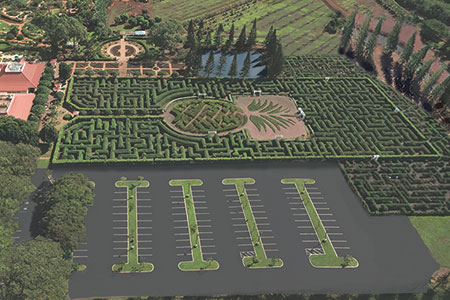 This maze was named the world’s largest by the Guinness Book of World Records in 2008 and has held the title since.

The pineapple-shaped labyrinth stretches over three acres and includes nearly 2.5 miles of paths.

Organisers have planted eight secret stations that each lead to the centre of the maze.

The fastest people to locate all eight stations and return to the entrance to win a prize did it in seven minutes, but the average time is between 45 minutes and one hour. 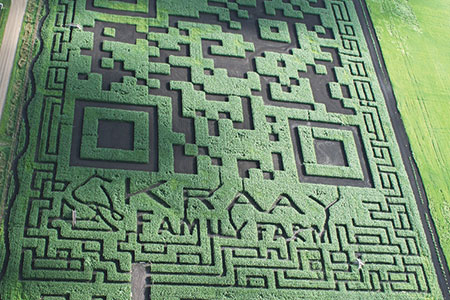 Most mazes force you to rely on memory and intuition to get out, but this one lets you cheat.Last year, the Kraay family fashioned their Lacombe Corn Maze into a QR code.

The Guinness Book of World Records confirmed that at 309, 570 square feet, the kernelled code was the world’s largest. Scanning it takes visitors directly to the farm’s website, where they can attempt to use a diagram to navigate their way through.

That is, if they can get service through the stalks.