Travel top 5: The world’s biggest skyscrapers, from the Empire State to Burj Khalifa

In many cities, it’s the bigger the better as far as iconic structures go, and so skyscrapers now dominate the skyline for pretty much all of the world’s leading cities.

Whatever symbolism you attach to them, there’s no disputing that Dubai’s Burj Khalifa is the tallest of them all, clocking in at a neck-craning 829.8m tall.

It breaks all sorts of impressive records: the largest man-made skyscraper, largest structure and tallest freestanding building in the world.

Certainly it’s tough to hold these titles for very long – new feats of engineering mean there’s always a building being developed that aims to be taller than the last.

Until 2010, the record was held by Taiwan’s Taipei 101, and before that, Malaysia’s Petronas Towers were the tallest in the world.

But it might turn out that the Burj Khalifa hangs on longer than most, as there are persistent rumours that inside its tip is a retractable spike, ready to be extended when need be.

Only time will tell if this is true, but we wouldn’t be the smallest bit surprised.

The Burj Khalifa set the UAE back an eye-watering £96 million, and architects modelled the building after the hymenocallis flower with three ‘petals’ arranged around a central core.

An incredible 26,000 glass panels, each individually hand-cut, cover the exterior, and these reflect the bright UAE sunshine, catching the eye from miles around.

At present, the Burj Khalifa, which opened in January 2010, holds offices, apartments, restaurants and the super-swanky Armani Hotel.

There is also, of course, an observation deck, called At The Top. This is on the 124th level and gives 360-degree views of Dubai (tickets are £22 when booked in advance).

Since it’s quite a dusty city, there’s not always great visibility from the top, but augmented reality telescopes show the surrounding landscape both in real-time and with images saved earlier that show the view at different times of the day and in a variety of weather conditions. 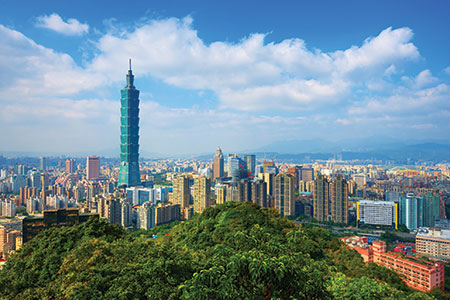 The design is rich with symbolism, with its number of floors representing the renewal of time as the new century arrived when the tower was being built (although it was only completed in 2004).

The main tower has eight segments of eight floors each, because in Chinese culture the number is associated with good fortune. 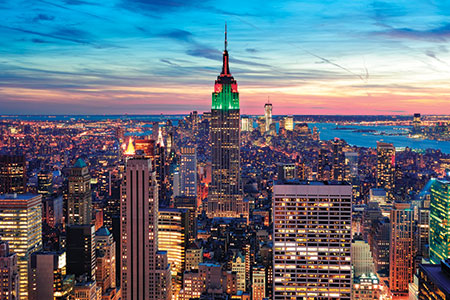 It took only one year and 45 days to build, and even King Kong couldn’t tear down this New York icon.

The 443.2m tall building was erected in record time and completed in 1931.

Rather horribly, it has been the site of numerous suicides.

An image of one lady, who jumped in 1947, was later used by Andy Warhol in his print entitled Suicide (Fallen Body).

The structure is often floodlit in different colours to represent various events. 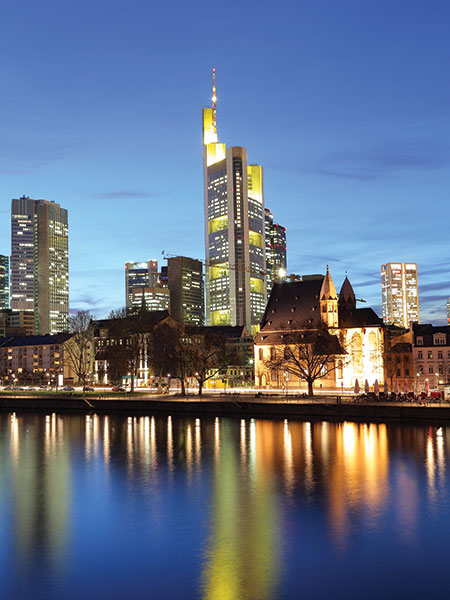 This structure in Frankfurt was called the world’s first ecological skyscraper.

Standing at 300m tall, the building has a large triangular atrium that lets the sunshine in from three sides, meaning the building relies more on natural than artificial lighting – there’s also enviro-friendly ventilation.

There are nine ‘sky-gardens’ spaced throughout the tower, too, each with a different botanical theme, including Mediterranean, North American Pacific and Asian plants. 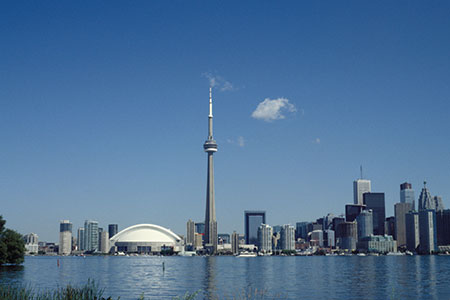 It holds a revolving restaurant called 360, which takes a little over an hour to take a complete turn while you check out this beautiful city from on high.

For a more daring visit, take the open-air EdgeWalk, where only a tether attached to an overhead rail stops visitors from plummeting down.

WWF hosts an annual fundraising event in which people can climb its 1776 stairs for charity.

Careers in film: Working as a film extra gives you a front row seat to the movie magic

Tips for the solo traveller