We’ve got plenty to boast about here, from K-Mid’s royal threads to street style in spades. But is London the fashion capital of the world?

While this city might lead the fash pack in terms of edge and influence, there’s no denying that Paris, our best frenemy on the other side of the Channel, definitely takes the crown in terms of heavyweight haute couture.

Parisian style has become practically synonymous with the great heritage houses, including Dior, Chanel, Louis Vuitton and Yves Saint Laurent, among many others.

Of course, for anyone making less than a six-figure salary, outfits from these labels are not so much for actually purchasing (god forbid!), but more for gazing at in the glamorous shop windows of the Champs Élyseés – as much a part of the sightseeing experience as the Eiffel Tower or the Arc de Triomphe.

Put it like this: while Parisians wouldn’t be caught dead with envy on their faces, wide-eyed admiration is de rigueur for tourists.

France’s obsession with fashion really caught light under the rule of the rather vain Louis XIV, who popularised the trend for those flamboyant curly wigs when he began to go bald.

During his reign, the first fashion press emerged, along with the concept of style ‘seasons.’ In other words, without Paris, there would be no fashion weeks.

For more Parisian fashion history, visit the Musée Galleria, which has displays of the fabulous numbers Marie Antoinette used to wear and other vintage outfits.

Dior devotees can also visit significant sites such as Granville House, where the designer once lived.

And really dedicated trend followers can try and get a seat at one of the shows at Paris’s own fashion week which runs from February 26- March 6. Good luck with that … 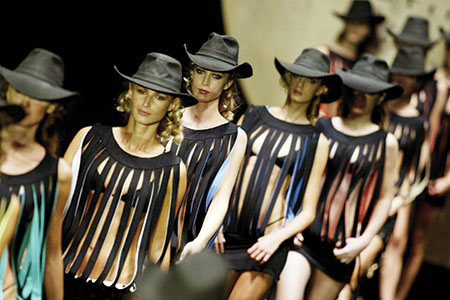 With a well-deserved reputation for being a rather good-looking bunch, it’s no surprise that the Milanese seem to have fashion flair in the blood.

In fact, among the many fashion elements the English have borrowed from Milan is the word for hat maker – ‘milliner’ is derived from the city’s name.

Pretty much all the big Italian labels in fashion – Armani, Valentino, Versace, etc – have bases in the city’s extremely upmarket shopping districts. 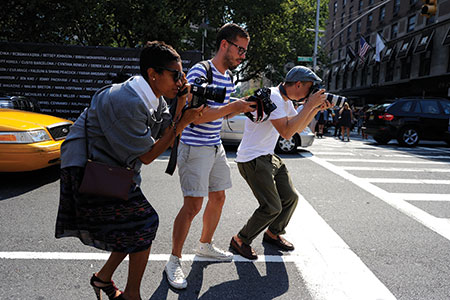 From Sex And The City’s Carrie Bradshaw and her ever-expanding collection of pricey high heels to the fearsome New York-based editor of US Vogue, Anna Wintour, the Big Apple has no shortage of fashion icons.

But influential as the fash mags and international brands are in New York, the city is also known for its wild and quirky street style, which is celebrated on high-profile blogs such as The Sartorialist. 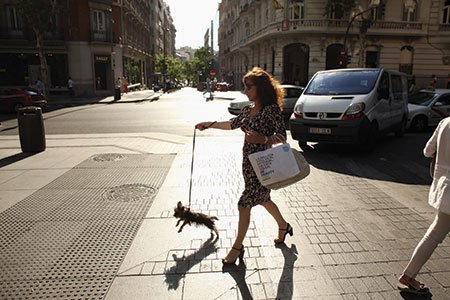 Once upon a time, Barcelona was Spain’s capital of cool, while Madrid was seen as a city that clung to its old-fashioned traditions.But all that is changing now with Madrid coming into its own as a style powerhouse.

The city is full of young and trendy types dressed down in boho threads, but the ones really splashing cash on fashion are the ‘pijos’ – the closest English equivalent is ‘posh’ – who dress in head-to-toe designer labels. Sharp. 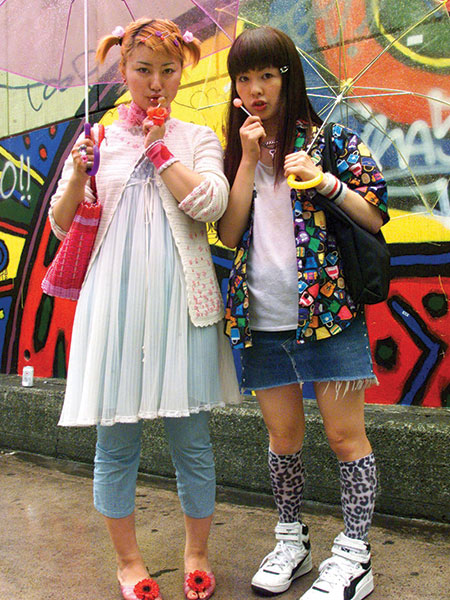 Harajuku kids dress up in outfits that wouldn’t look out of place in a Tim Burton movie, with clothes that nod to anime, goth and cyberpunk culture.

But as well as the Tokyoite taste for eccentric clothing, there’s also a trend for looking impeccably groomed, boosted by Japanese fashion houses, such as Kenzo and Issey Miyake, which prove Tokyo is a haute couture force to be reckoned with.