Keurig, who provides beverage brewing systems for workplace and commercial use, are the #1 single-cup brand in North America*. Here they take a look at coffee in South East Asia, and provide every traveller with a must know guide.

Thailand, along with many other South East Asian countries, has only three seasons: hot, humid, and cool! So knowing where to get a nice cold drink is an absolute necessity.

Luckily then, there is a strong cold brew coffee scene in Chiang Mai. There are hundreds of coffee shops in this city, and this doesn’t include the street stalls that dish out delicious Thai-style coffee.
Although, coffee in Thailand has only really started to pick up and take hold over the last decade.

Areas around northern Thailand have been producing great coffee for the last twenty years.
Most Thais still drink tea mixed with condensed milk, but these days, there is good coffee in most of the larger towns and cities.

Cambodians traditionally prepare coffee by roasting the coffee until it is nearly black, mainly by using vegetable fat.

Once the coffee beans have been roasted they are ground up, and this fine powder is used to brew a very rich and dark cup of coffee. Mostly, the coffee is brewed using either a cloth sock-like sieve.

A tradition of coffee growing in Cambodia started with the French colonialists in the 1700s. 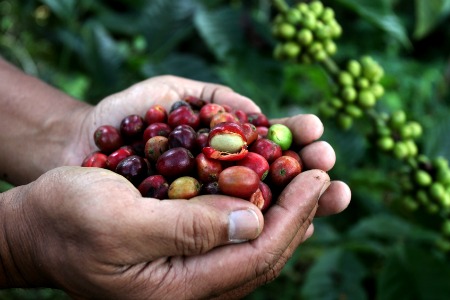 Think of Vietnam and GAP years, pristine beaches, exotic rice paddies in a country with breath taking beauty springs to mind. Think of coffee and Brazil, Colombia comes to mind, right? I bet you didn’t know that the world’s second largest exporter of coffee today is actually Vietnam?

French colonists might have introduced coffee to Vietnam, but a cup of coffee every morning soon became a local habit. There are variations of drinking coffee that use of yoghurt, eggs and even fruit. Safe to say that Vietnamese coffee has certainly developed a style of its own.

Coffee was introduced to Laos by French colonialists in the early twentieth century and it has been a staple drink ever since. Today the crop still remains the country’s largest agricultural export.

Some of the world’s finest coffee is grown in Southern Laos. Coffee culture is catching on in Laos, with Western-style coffee shops are sprouting up in cities and towns all over the country.

Malaysia’s land resources mainly consist of producing and exporting of palm oil, rubber, sugar and tea. They do not prioritise coffee.

This is changing however, now that the country’s domestic coffee market is beginning to take off. Kuala Lumpur, thriving with its large, well-educated middle class, is spearheading Malaysia’s coffee culture and production may now be emphasised, particularly in light of high worldwide coffee prices.

Coffee has a rich, unique tradition behind it in Indonesia. They call it kopi, and it is usually brewed in a cloth pouch. This pouch is rinsed but rarely washed between each brew, meaning it develops a distinct savoury flavour.

Additionally, coffee beans are traditionally roasted in a wok with butter and kernels of corn. This gives a certain sweetness to the coffee alongside a depth of flavour unlike anywhere else in the world.

Get your boots on for a brand new Yorkshire Dales challenge