Stay safe as the nights draw in

KB Self Defence has observed surveys conducted, of people’s fears and experiences of crime. Several have shown that around a third of people felt unsafe out alone after dark, a figure that rose to a half in inner cities. Women, it appears, feel considerably less safe than men.

While people generally do not calculate the likelihood of being a victim of crime, it is apparent that they do have concerns. This is based partly on the crime level in the area, own experiences, and the experiences of friends and family. Fear of crime is significantly higher in areas where actual crime levels are also higher, and those who have experienced crime – or know of someone who has – are more likely to be fearful than those who do not. People think about their own vulnerability and tend to worry more in the hours of darkness.

Despite low levels of recorded crime on public transport, levels of fear are high. This may be because many incidents do not get reported to staff or the police, but do contribute to people’s perceptions.

Women passengers apparently have higher levels of fear than do men. And while women tend to fear an encounter with a man, men fear groups or gangs of other men. This is probably due to the fact that women face a higher risk of being a victim of a sexual offence committed by a man alone, while men are more likely to be the victim of violence from other men. 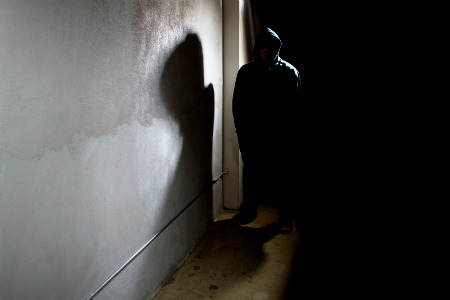 Fear is much greater in the hours of darkness, for both men and women. This is because there are generally fewer people about, and more groups and gangs hanging around.

People have stated that when walking or waiting for transport, they feel more insecure then they would if travelling in a vehicle. People feel most unsafe in underground passageways, side streets around stations, and in multi storey car parks – all places where people may feel cut off from other people. The presence of others is not always as reassuring. People who have been drinking are felt to be threatening, because of their unpredictable behaviour and the potential for violence.

Groups of young people can be intimidating, especially if they are rowdy, because of the potential for unruliness, jostling, and possible violence. Aspects of the physical environment, such as bad lighting, have been found to enhance feelings of vulnerability. Lack of familiarity with an area or the mode of transport contributes significantly to people’s feelings of personal security, so that strangers to an area or to public transport feel more vulnerable than those who know their way around. 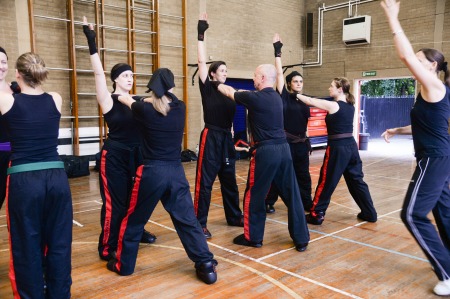 Hayley Jacobs, a student at KB Self Defence says,’ I attended my first self- defence class in January this year, after being attacked on my way home from work. I left my office at around 17.00 and honestly didn’t feel unsafe at the time. As my office is based in Central London, and there are always people around, personal safety didn’t even cross my mind. I walked past two men, both seemed quite tall to me, I’m 5’5”. They passed me, looked back at me and came for me. I just froze, I was terrified! One of the men came behind me and I could feel his arm squeezing on my neck, I was face to face with his friend, who was shouting at me. I can’t recall what he was saying. I became dizzy and passed out. The next thing I remember was waking up without my bag, my phone, and my iPod. I woke up to a woman talking to me, she helped me get up, checked I was ok and helped me home. It was nice to see someone so kind, after what had happened. The sad thing is that had the men asked me for my property, I would’ve given it to them, they didn’t have to hurt me. I am recovering, the scars are more emotional than physical, but with my regular self-defence training I have become more confident and aware of my surroundings. I no longer listen to my ipod in the streets, nor chat on my phone when walking around town. I have my bag tightly under my arm and don’t cut through alleys anymore. I’ve learnt that self-defence is more about avoidance than physical combat techniques, it is best not to be in a situation in the first place. Sadly, though, I have become cynical about people and what they’re capable of. I just
wish I had known then what I know now. Had I not been displaying my things in the first place, I’d probably still have them, and not been attacked.