We’re discussing his move from a PR career in the Big Smoke to building up a farm business in this southern county of England, five miles off the Hampshire coast.

The Isle of Wight has long enjoyed the languorous pace typical of ‘island life’, and for Tom, a thirty-something from the city, it’s taking some getting used to.

I’d assumed that the island’s growing vogue – thanks in large part to September’s Bestival festival, quietly usurping Glasto in the cool stakes since it launched in 2004 – had injected some vigour.

But shortly after meeting the Isle’s new recruit, I’m staring at a bus stop that tells me the last service of the day left at 1.45pm. It’s a Saturday. And I’m stranded.

The island, measuring 23 miles across and 13 miles from north to south, has often been described as ‘England in miniature’. The landscape manages to incorporate as many quintessentially English emblems as it can – pretty pastures, country lanes, rambling woodland, chalk-white cliffs. You’d think the compact size would make this Isle quick to traverse. 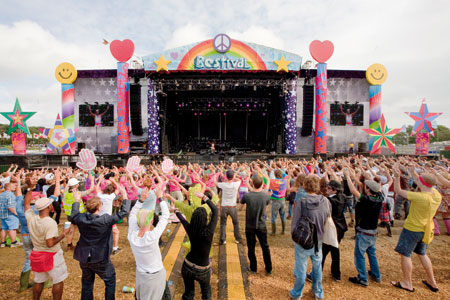 But it takes me two hours to get from the middle of the island back to my base, Ventnor, in the southeast, first walking an hour to the nearest town, then flagging down a bus that has the courtesy to keep running into the evening.

This is as much a blessing as a curse. Though diminutive, the island has 500 miles of footpaths, including a 67-mile coastal trail, 200 cycle routes, and hundreds of miles of bridleways.

This vast network is the product of past farmers and labourers, who carved paths as and when they needed them.

On arrival, having taken the high-speed ferry from Southampton to Cowes, I’m greeted by painted pink seaside homes and more sailboats than I can count bobbing on The Solent, the strait that separates the Isle from the mainland.

Absorbing the sight, I can’t quite believe I was among the surging crowds at Waterloo only three hours ago.

There’s no tourist office or so much as a map at the ferry terminal, but I talk to a few friendly folks and find my way to Ventnor via a couple of buses.

Once the place to holiday for fashionable Victorians, this hilltop town has the good fortune of experiencing a microclimate, supplying more sunshine and warmer temperatures than the rest of England.

After a few hours hiking the coastal route that leads from Ventnor’s sandy beach up on to off-white cliffs – via a root-gnarled path through woods and the distractions of rope swings hanging from tree branches – the island’s public transport system intervenes again that afternoon. 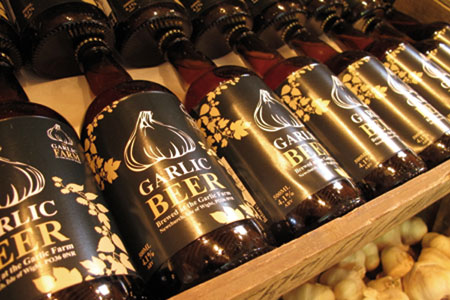 The staff at my hotel and I wrinkle our foreheads over a map for half an hour before I give in and order a taxi to the Garlic Farm.

The pungent bulb grows wild on the island and is so good, it’s even sold to the French.

Unabashedly ga-ga for garlic, the folks on the farm insert the ingredient into everything from beer to fudge (handily, there’s a café here at which you can taste the results).

On my visit, I sample black garlic (sweet like molasses), learn the bulb was used as an antiseptic in the First World War, and hear how founder Colin travelled deep into Kazakhstan’s mountains to seek out ‘the mother of all garlic’. Yep, these guys are serious.

On my final morning, I head out into the Channel for a spot of mackerel fishing. 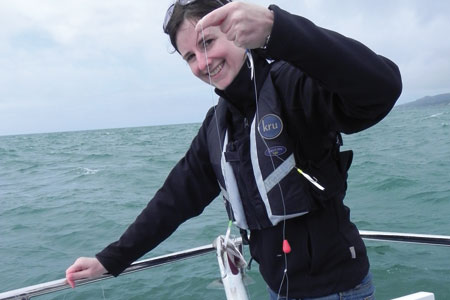 The Isle is great for seafood and, while there are bass, conger, pouting and rockling to be caught off Ventnor, I’m a novice and mackerel are the easiest to reel in (my teacher, Lucy, explains they’re “not too bright”).

Unfortunately for the mackerel, this turns out to be true. I’m not even using a rod, but hook a total of seven on my hand line within about 40 minutes. I suspect this has little to do with any skill, but feel a bit proud anyway.

At the end of a couple of days, I’m left with the impression I’ve barely scratched the surface of this tiny island. But if I’m ever to explore it further, I reckon I’ll hire a car.

The Hambrough has given Ventnor a reputation as a foodie destination after earning a Michelin star. Serving up affordable fine dining (£60 for six sublime courses) in a relaxed seafront setting.  robert-thompson.com

Head to The Garlic Farm for an education in all things garlic and a changing seasonal menu. Round off the likes of fried chicken wings and garlic pickle with raspberry and garlic ice cream (surprisingly good). Mains from £8.95.

The Mill Bay Inn on the esplanade at Ventnor is a friendly local with sea views from every seat. Pints from £3.20.

Thatched pub on the beach Fisherman’s Cottage in Shanklin has a range of ales and great homecooked food. Pints
from £3.20.

Comfy, contemporary design and a balcony overlooking the Channel make these rooms the stuff of ‘my apartment when I’m grown up’ fantasy. From £150pn, with the best English breakfast ever included. robert-thompson.com 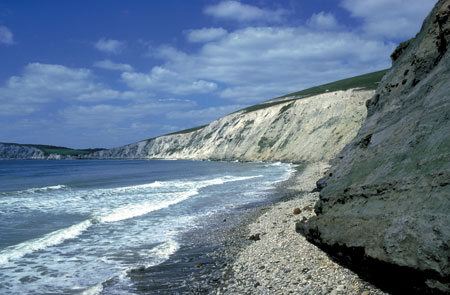 Mackerel fishing from £15pp (for 1hr 15mins) at Ventnor. oceanbluequay.co.uk