TV auditions: are you cut out?

“Be big, because TV tends to dilute your personality,” says presenter Julian Ballantyne as he bounces across the set to get into position. I’m about to have an audition to be a TV presenter on shopping channel QVC, and by now I should be an expert on the Acer computer tablet I need to sell.

As I’m being mic’d up, it really hits home that this isn’t going to be like a normal job interview. And, as a writer by trade, it’s an understatement to say I’m nervous to have a camera shoved in my face.

Trying to speak with authority and not let my personality be “diluted”, I muddle through my patchy explanation of the tablet. My blagging skills are falling short and under the pressure I get confused, calling icons “things”. Being able to think on your feet is essential for any TV presenter. But while you need personality, you need to back it up by knowing what you’re talking about.

Gemma Cairney, who presents on Radio 1 Extra and has worked on shows for MTV and Channel 4, says ideas are crucial. “You can’t expect someone to tell you what to do,” she says. “I think that’s really boring. It’s not about fame or celebrity. I want to create things and do my own projects and that means having loads of ideas.”

His career has taken Ballantyne, 47, around the world – namely with travel show Wish You Were Here. It may be a cliché, he says, but at auditions you have to be yourself. “If you’re quite balanced and come across with some enthusiasm, it makes you interesting.”

Rickie Haywood-Williams, 31 – half of TV and radio duo Rickie and Melivn who are the faces of Kiss 100 breakfast shows and MTV Digs – agrees that TV bosses want you to be natural. 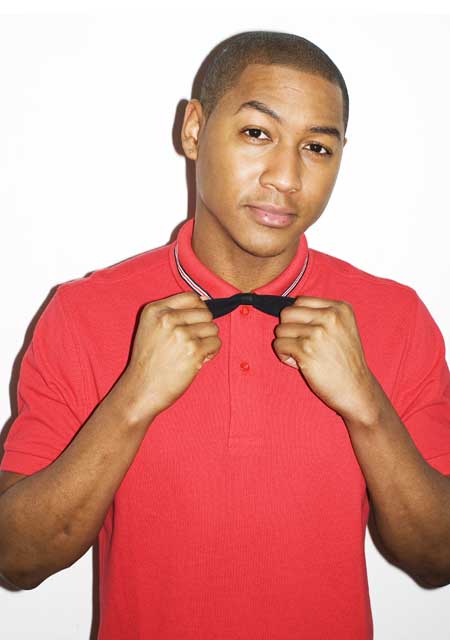 “They don’t want you to be a presenter,” he says. “The times I’ve done well and progressed are when I’ve been mucking about or been completely natural. No one can do you better than yourself.”

If you find talking in front of lots of people terrifying, TV presenting probably isn’t the ideal career for you. Auditions usually start with a hopeful warming up in front of the camera, talking about who they are and what makes them tick. Then you move on to reading from an autocue or from a script you’ve been given days or minutes before.

But, despite being underprepared, it’s fun. I never forget the cameras are rolling and there’s someone in my ear telling me what’s working, but once I loosen up and get going, my audition isn’t so bad.

Cairney, 26, who lives in Stoke Newington, says her break came from having no inhibitions. When she did her first series of Frock Me, a fashion show on T4 with Alexa Chung and Henry Holland, she said the fun was non-stop. “It’s a bit of a risk to act like a complete fool on telly,” she says. ”People might hate it, but I just really wanted to have fun and not to be dry. People really responded to it.” 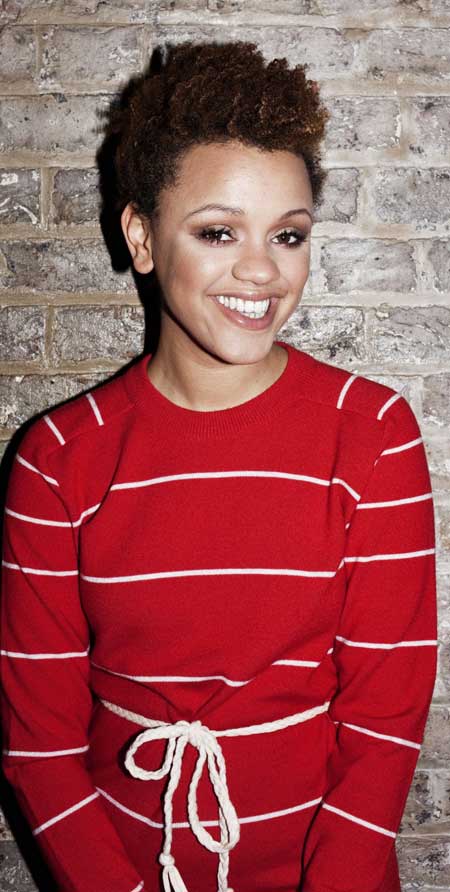 But is working in TV as glamorous as it seems? Haywood-Williams says it is, and it isn’t. Despite the cool parties you get to attend as a showbiz TV presenter you still have to put the hours in.

“You get to meet your heroes and you party with them sometimes, so it can be really glamorous, but if you want to be really good at what you do, you have to work hard. You can’t stay when a party’s really about to kick off and P-Diddy’s about to walk in the door – you know you’ve got to be up at 6am for a 12-hour shoot.”

He has a point. I couldn’t imagine trying to be this on-the-ball after rolling in at 5am, P-Diddy or no P-Diddy.

But once I get to the end, I’m told I did OK. Despite calling an icon a “thing” and mentioning competitor Apple’s iPad about 10 times in the first minute. Although I’m definitely no pro, I can see how fun it could be.

“I’ve seen so many brilliant things,” Cairney says. “Doing a link whilst on a giant trampoline at Glastonbury, live onto BBC3 in a high-vis dress.

It’s ridiculous but the most fun in the whole world.”

QVC is on Freeview channel 16.